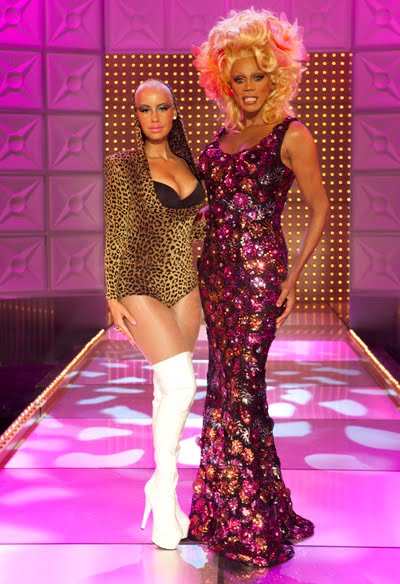 Without dwelling on it too much, the cast this year is in many ways the show’s weakest. Some are fun, some are talented, some are pretty, but overall, the energy level’s a bit low. The best thing about the show this season are the guest judges. We’re bitchy and whiny and even we can’t find a thing to complain about. 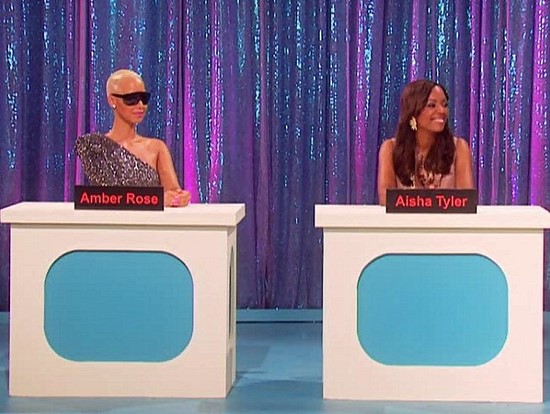 Amber Rose and Aisha Tyler were so totally into it that we found it kind of endearing. 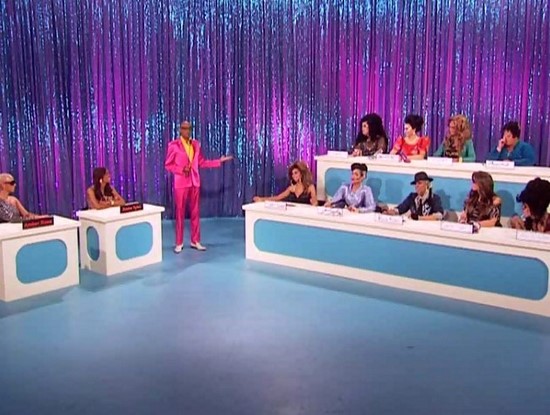 We don’t want to harp on the whole “worst cast ever” thing, because it’s all relative. An hour and a half of drag queenery every Monday night is still one of the highlights of our week, television-wise. We like several of the queens individually and dislike several others, but there’s a VAST middle of queens who simply provoke no reaction and we’re just ticking off episodes until they get to the real contenders. 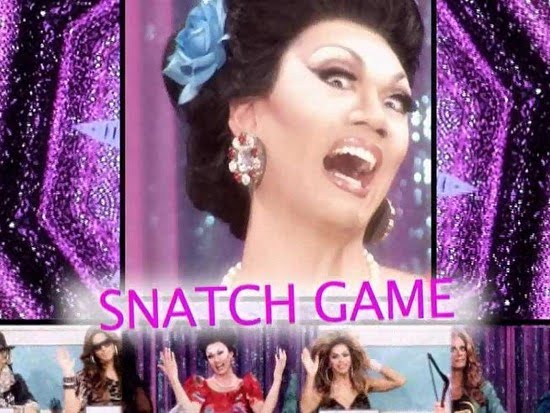 Now, we can say which ones we think are the real contenders (Raja, Manila, Shangela, Alexis), but everyone’s got their lists and that’s not our point anyway. Our point is, the rest of the queens, to our eyes, are so low-energy and/or low-personality that the really good queens are coasting right now, waiting for people to get checked off the list, just like we are. Are we wrong in thinking that? That’s definitely the impression we’re getting. 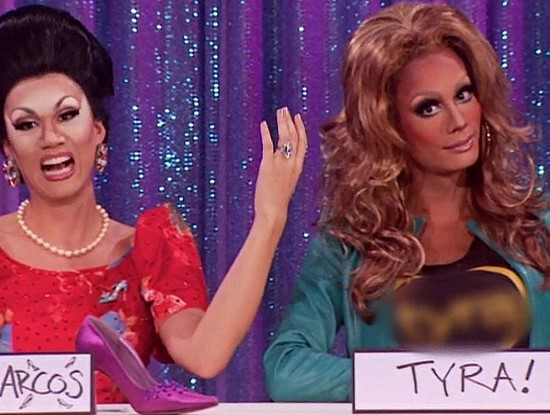 Because even the good queens were only so-so here and the entire sketch felt like a less energetic version of the far funnier one last season. 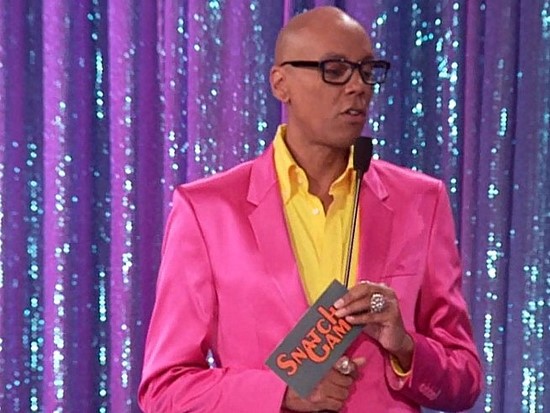 It seemed to us that Ru sensed it too and was working overtime to inject some energy into the proceedings. 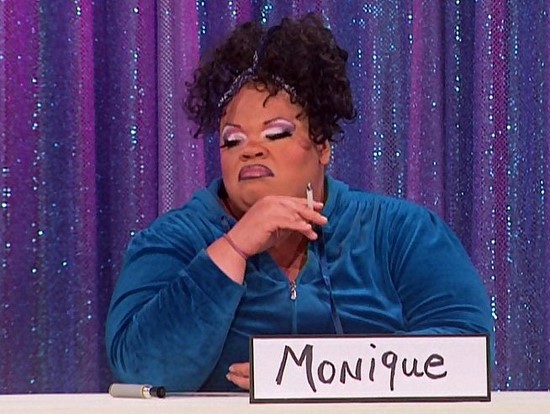 And we’re just gonna say it, even though we suspect a lot will disagree: Stacy Layne coasted on her resemblance and some facial tics. It was funny because she looked so much like her; not because she gave any great comedic performance. Can you remember anything she actually said while doing this character? We can’t. Something about chicken.

And frankly, the fact that she only settled on this character after futilely attempting Anna Nicole doesn’t speak well of her instincts or self regard. Anyone could see this should be her go-to character based on resemblance alone. 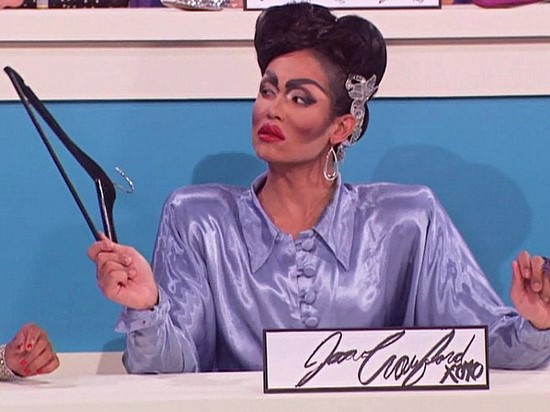 But if you want to talk about PAINFUL to watch, then Mariah is the girl to go to. There’s no other way to describe this bizarre performance. How low-rent are you that you bring a PLASTIC hanger as a prop? And what the hell is up with that Frida Kahlo-on-acid makeup, anyway? And why does her costume look so cheap and flimsy? Awful. 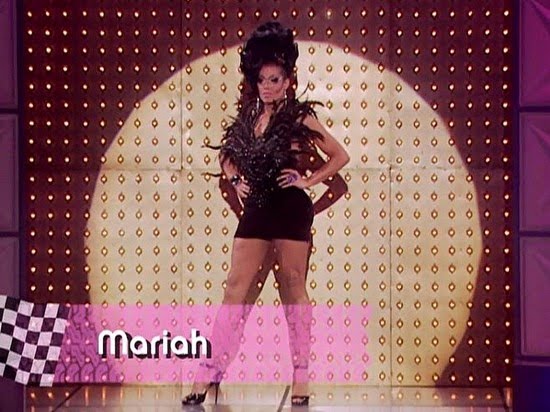 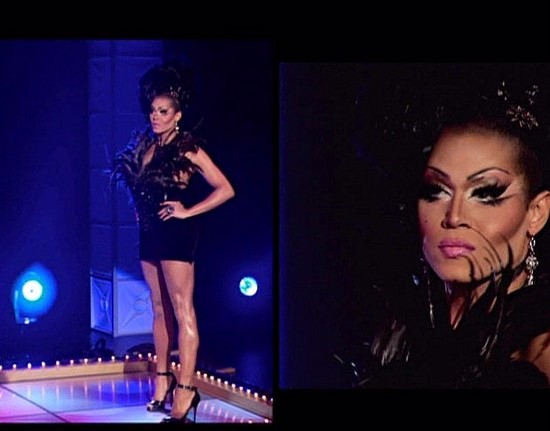 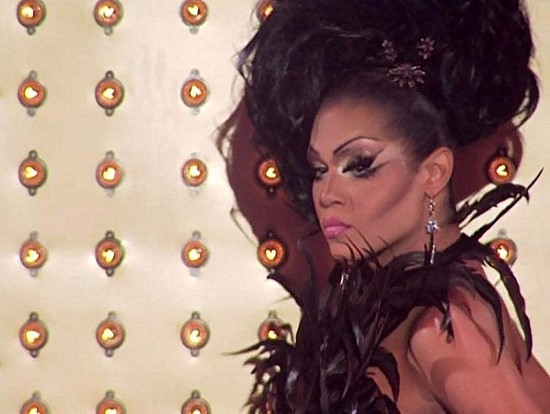 She really is a very pretty queen with a lot of poise. The thing is, she’s the epitome of the pretty drag queen type: all look and no character. She can’t perform to save her life. We think it might actually bode well for the remainder of the season that they sent her home. The show has a history of rewarding the most conventionally pretty of the dolls, so it was nice to see Ru put the kibosh on any thinking that pretty is an automatic win. 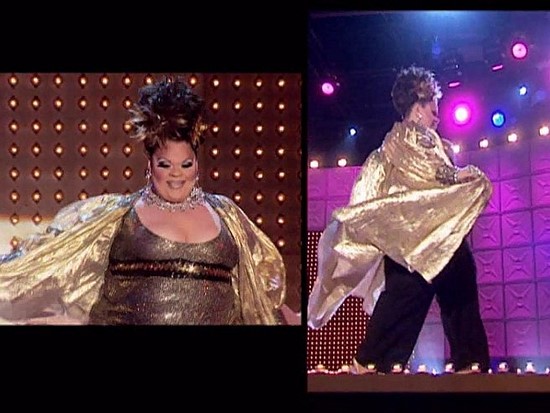 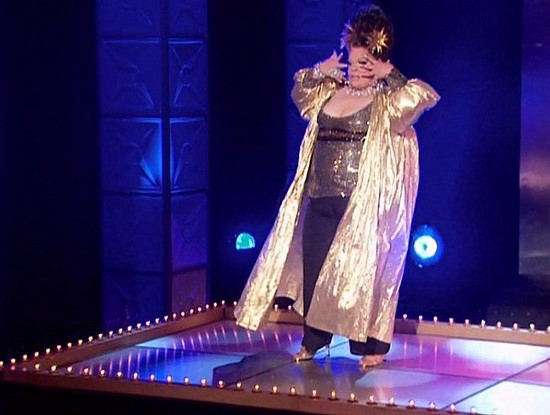 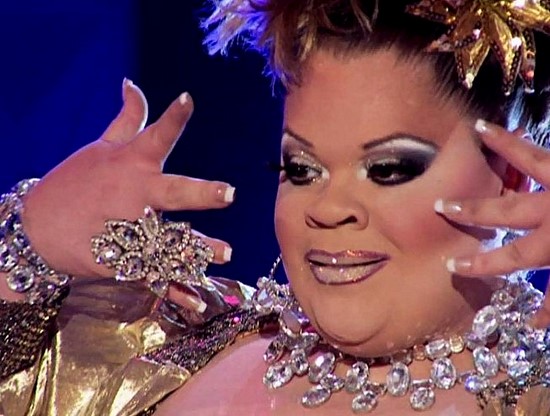 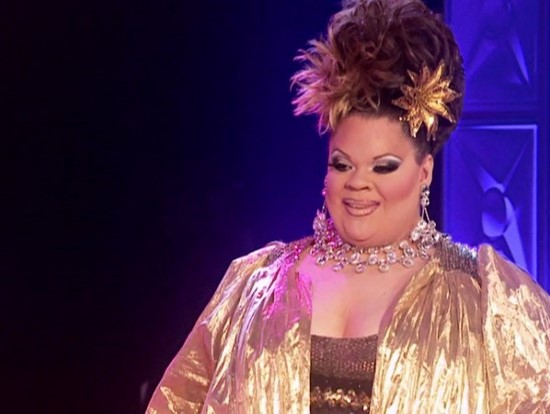 Look, we like Stacy Layne. We think there’s a germ of a spark there and we trust Auntie Ru’s instincts because she was right about Shangela (but way wrong about Tyra). We can see the potential in this gal, we really can. But man, are they ever grading on a curve here. This outfit is tacky, and not in a good drag queen way but in a septuagenarian-on-a-New Year’s Eve-cruise kind of way. We like the hair and face, but the rest of it is low rent without any irony or wit. We think Stacy has earned her position so far, and her right to continue in the competition, but we really don’t think she deserved the win this week. Delta Work has turned out to be quite the little Sourpatch Queen but she’s right when she implies there are better ways for big queens to present. 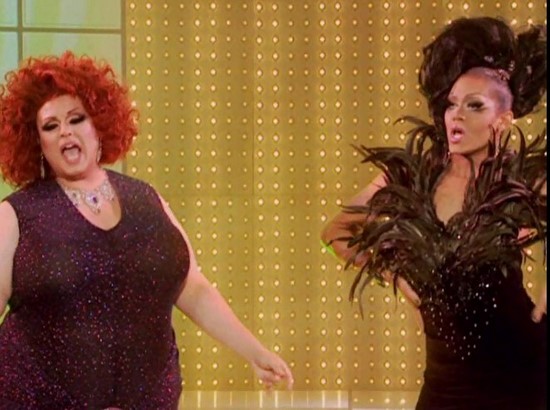 Not that she did any better this week overall, but that’s a topic for the second post. The second we saw it was down to these two, we knew Mariah was going home. For all Delta’s kind of bitter bitchiness when she’s out of her wig (although the phone call thing was sweet), she’s an old gal who gets the job done when she’s got to wow the crowd. 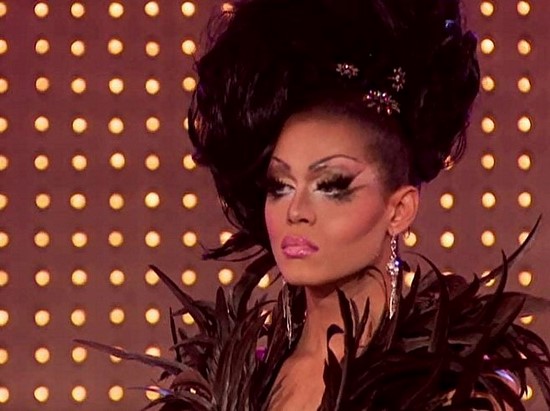 Come ON, this one couldn’t even be bothered to memorize the WORDS and thought she was pretty enough to just stand and pose her way through the song. And MAN did she go down ragging on her competitors or what? The claws are coming out a little bit more each week, which can only mean good things for the energy of the show going forward.