Home » Television » RuPaul’s Drag Race: A Catwalk is a Dangerous...

RuPaul’s Drag Race: A Catwalk is a Dangerous Place for a Queen

Drama on the runway, darlings! But let’s get some business out of the way before we get into it. 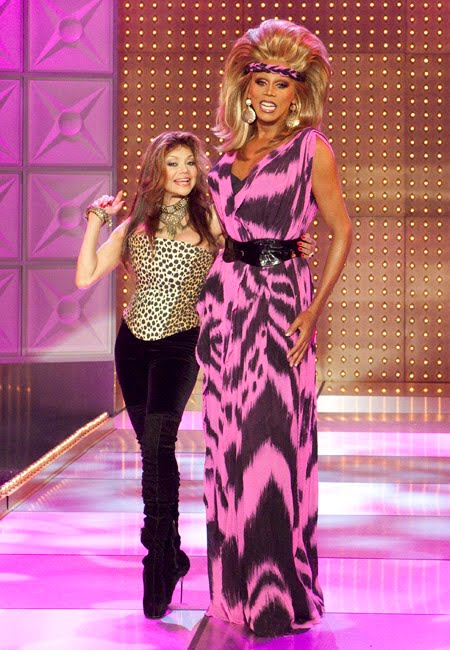 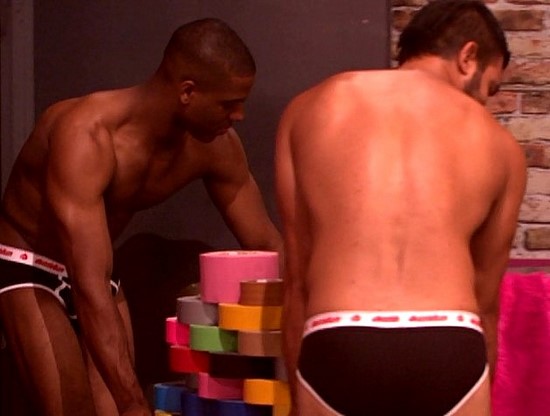 Gratuitous booty shot. Child, we are fanning ourselves like Miss Celie in church. They simply must feature these boys more often. 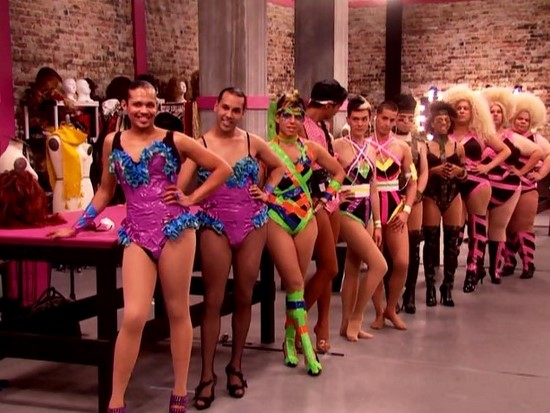 Just look at that lineup of natural beauties. We’ve said it before but it bears repeating: we’re continually amazed at the producers’ ability to come up with fun and appropriate drag-related challenges. 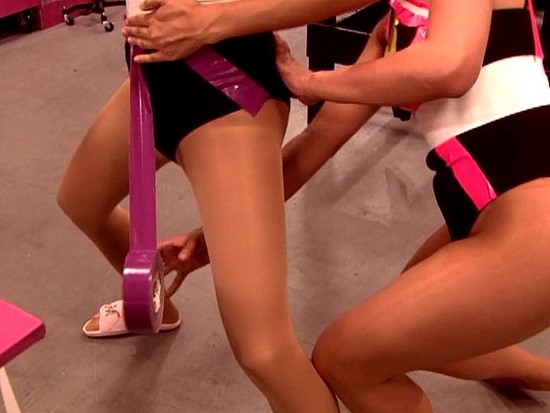 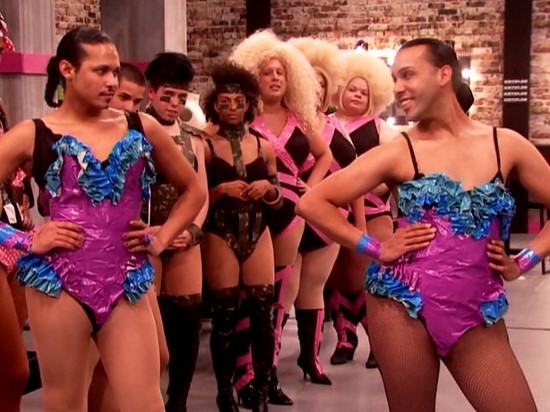 Enh. More showgirl than workout video. We think Mariah may be the most amazing transformation out of all of them when she’s made up. India’s a close second. 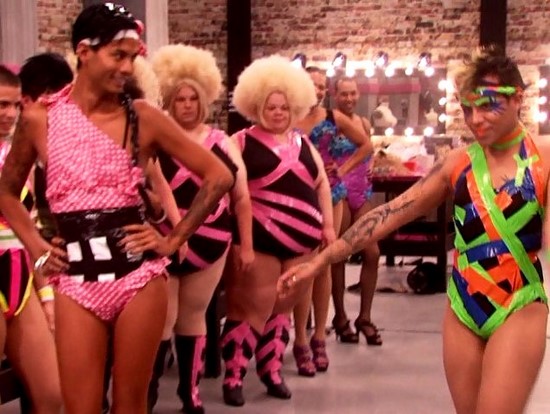 Raja’s is cute, of course. Bitch definitely has style. Yara’s is okay. They didn’t really try to coordinate much. 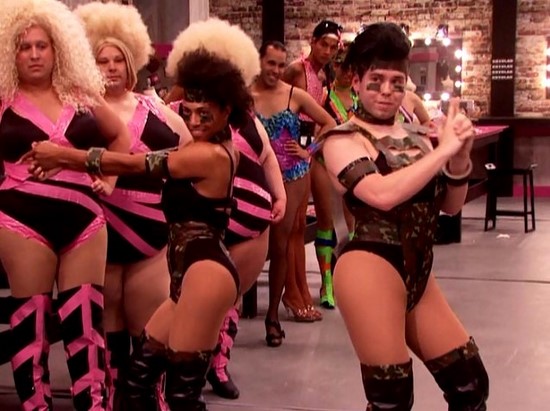 Enh. Just all right. The boots were a nice touch. 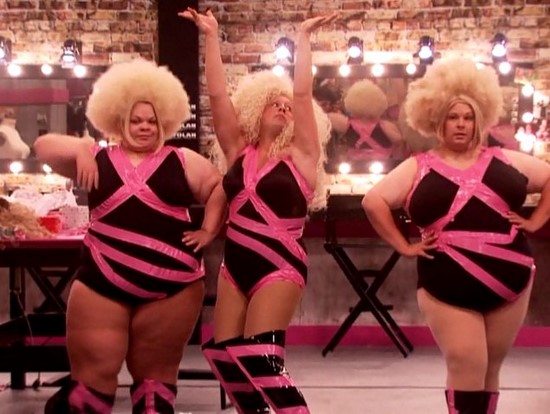 We thought they did pretty well, all things considered. It was glaringly obvious that Mimi pushed to have the other two on her team because they’re the only queens in the room who’ll make her look smaller. Delta wasn’t pleased and we don’t blame her. Mimi’s a freaking mess. 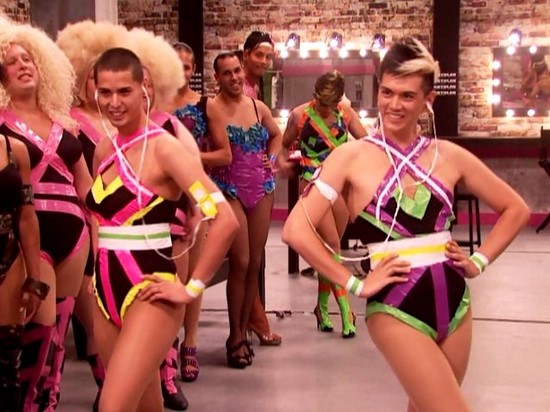 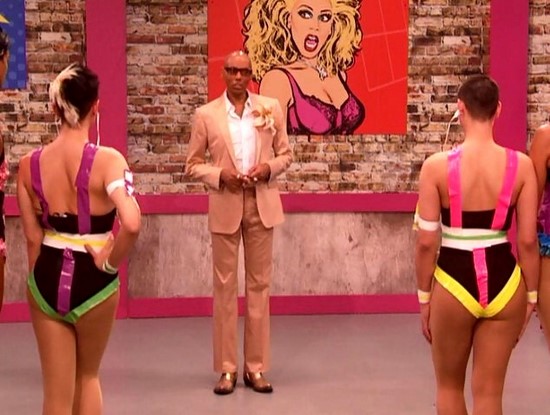 The clear winners, helped by the fact that they can mimic a female body pretty well without a lot of trickery. We take back what we said earlier about Carmen having a masculine body. It’s just that we’re not impressed by her naked looks. Anyway, these were cute and the faux ipods really made the look. 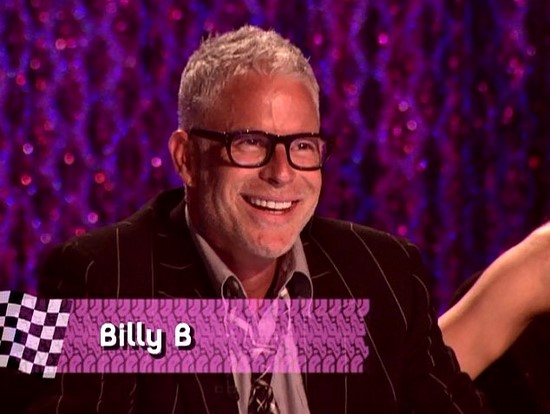 CUTE. REALLY CUTE. We kept yelling at the other judges to shut up so we could get another look at him. He gave pretty good critiques. Put him on every week, Ru. And let the camera linger on him a little longer. 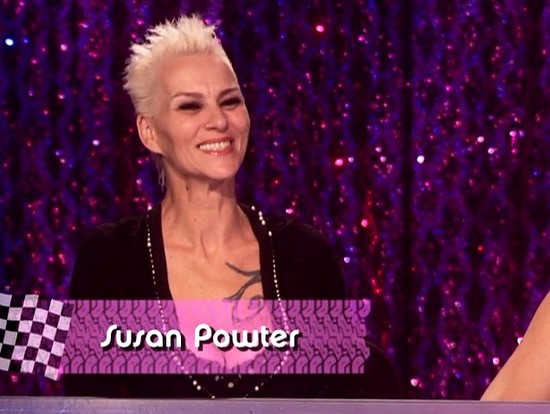 She must be doing something right because she’s barely aged. We thought she was pretty fun, although her blunt talk to Delta about how no one wants to be 350 pounds, while true, was a little harsh. 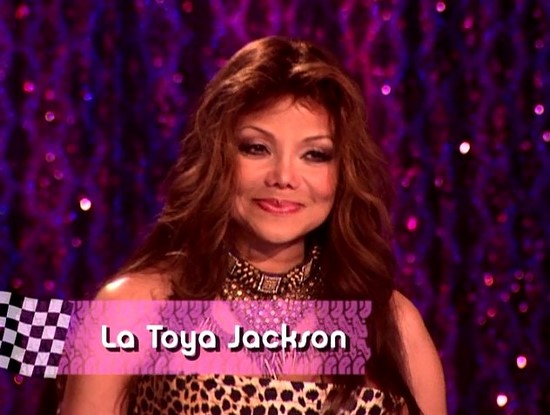 What else can be said, darlings? She’s a magnificent, magical, non-biodegradable creature.

As always, we’ll run down the other queens in a second post. For now, let’s congratulate the winner and bolt the door behind the eliminee. 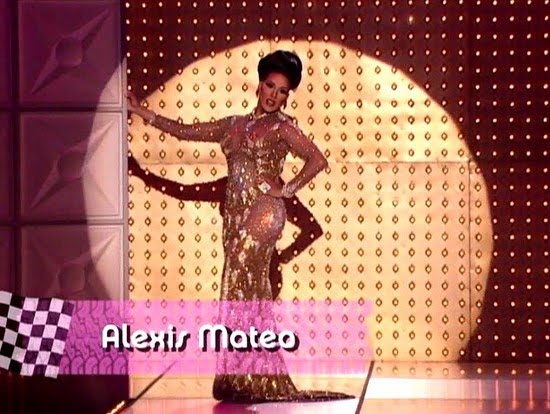 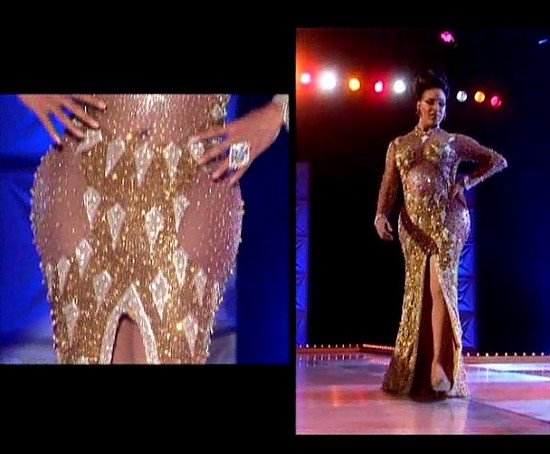 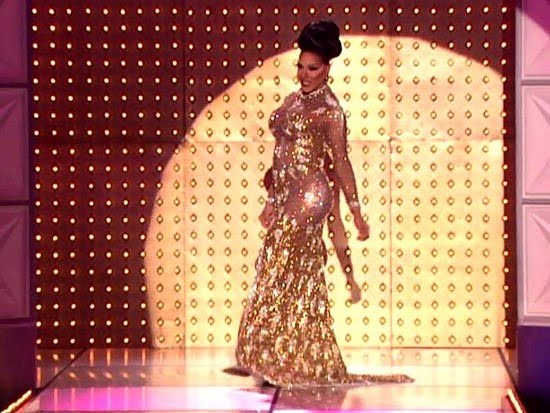 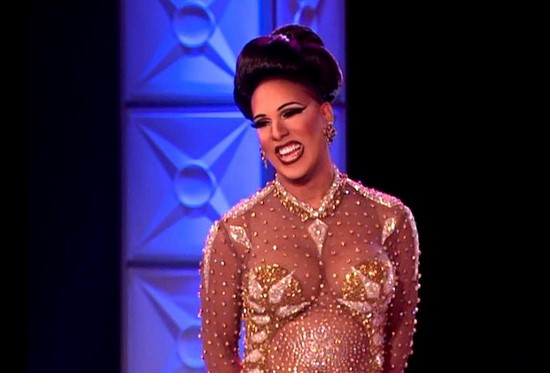 Right on cue, the judges award the gal who brings the maximum amount of glamour. Although a lot of the girls really brought maximum glam to the catwalk last night. We like the look; we even said “wow” when she came out. But she wouldn’t have been our pick, either for the runway or the video presentation 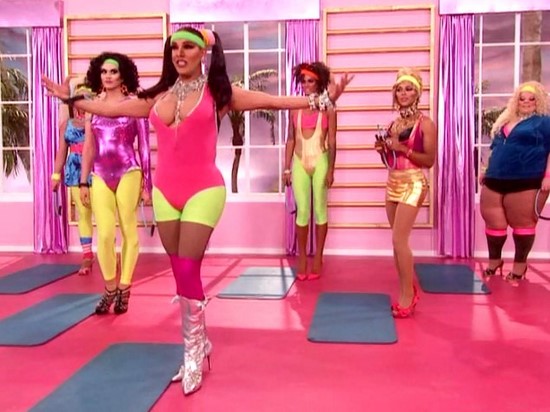 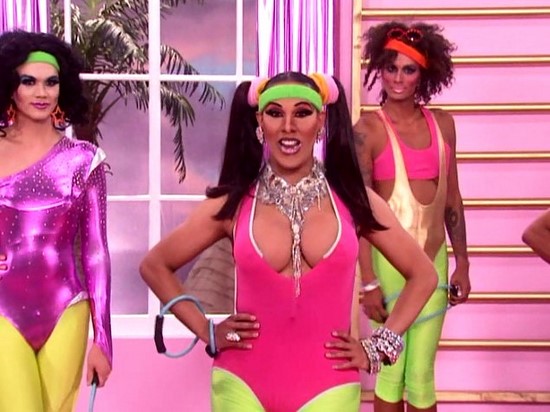 We thought she was just okay. Fun and high-energy, but there were better performers, in our opinion. 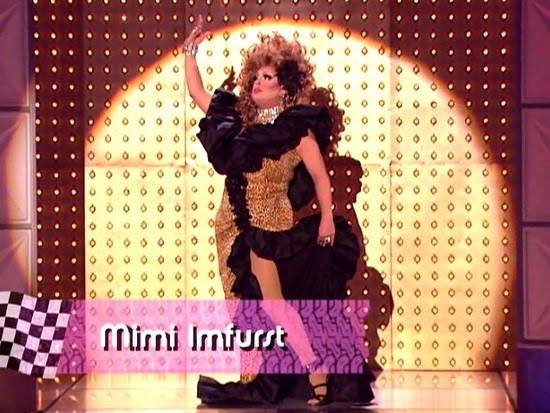 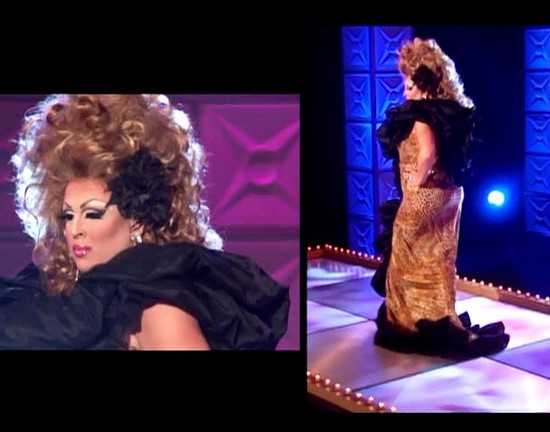 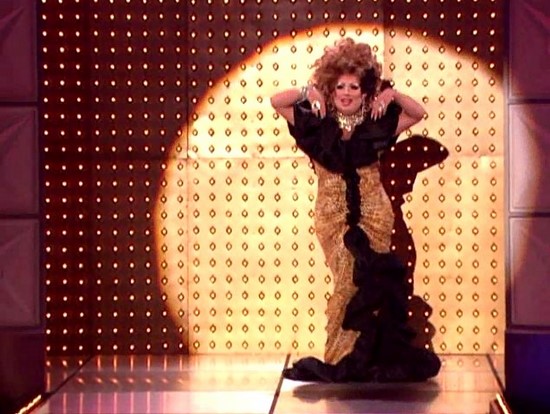 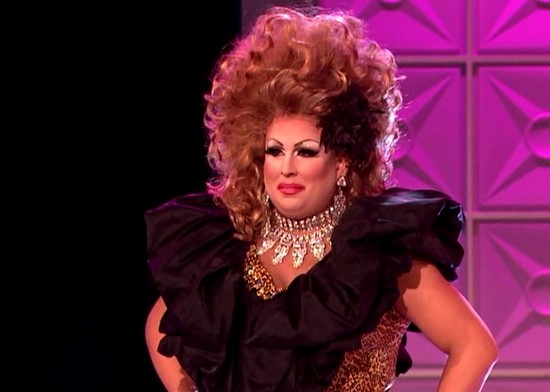 What a crashing disappointment Mimi Imfurst turned out to be. We were rooting for her from the first time we heard her name, but unfortunately, she turned out to be a bundle of low self esteem and attention-seeking. It’s not totally unheard of for a drag queen to have these qualities, but she was just way too much to take and her constant defensiveness was ruining her game. 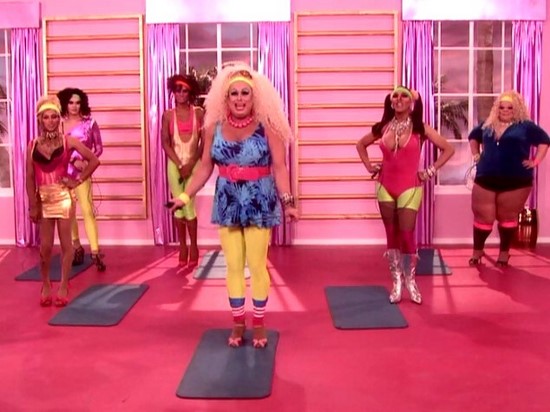 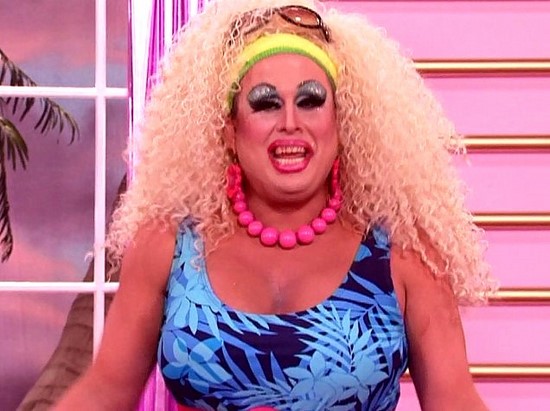 She comes on way too strong whenever she’s trying to do a comedy bit. At a bar on a Saturday night, her kind of shrieking might get laughs, but she has no idea how to play to a camera. 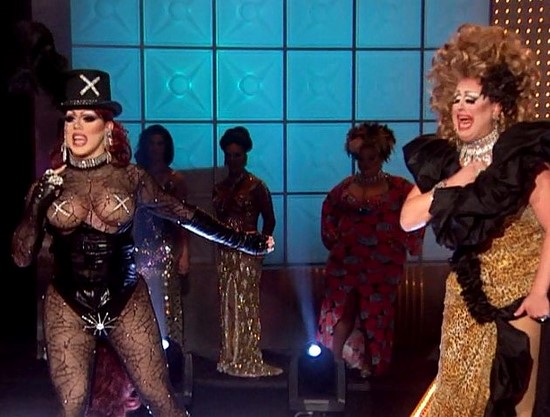 Still, she had a decent shot of shantaying back into the lineup because the judges appeared to be much more disappointed with the stiff and increasingly generic India.

But Mimi being Mimi (and, as it turns out, very appropriately named)… 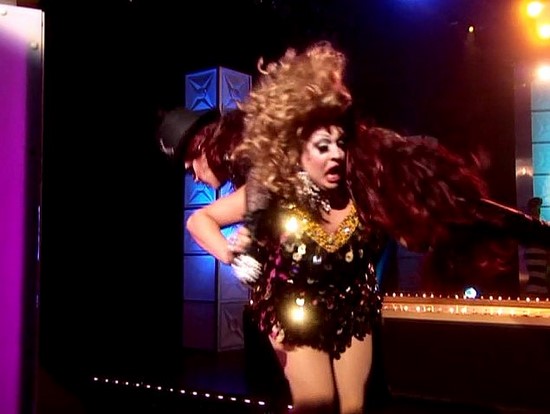 She had to let her defensiveness get the best of her and she completely fucked it up in the eyes of the judges. There was simply no way she should have been allowed to stay after taking it that far. 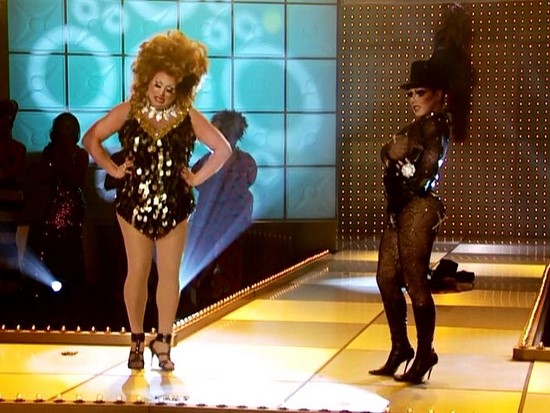 In fact, Ru may have to start using her mommy voice and lay down the law every time there’s a lip synch. It’s getting increasingly frantic and over-the-top each week. We’re half-expecting two queens to just run at each other, swinging, as soon as the music starts. 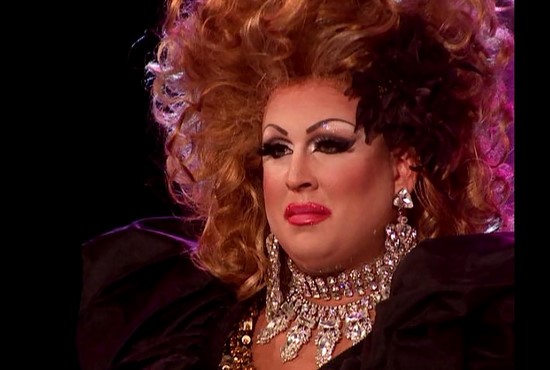 So it’s a not-so fond farewell to Miss Mimi. Girl just couldn’t handle the pressure and snapped. To be honest, we switched out Big-Girl allegiance to Delta a couple episodes back.