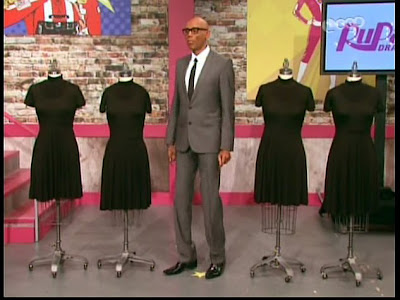 Y’know, we thought this was a pretty great idea for a mini-challenge. In fact, it kind of made us want to see a Project Runway-style reality competition but for stylists instead of designers. Bravo? You can have that one for free. If people will watch other people judge food that they can’t taste, we’re pretty sure there’s an audience out there willing to sit on the couch and yell “No, no! The silver clutch! Pair it with the silver clutch! GOD! What is WRONG with her?!”

That can’t be just us, right? 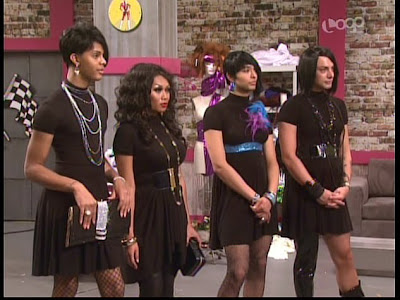 And once again the show entertains while it illuminates. In case you didn’t know it before now… 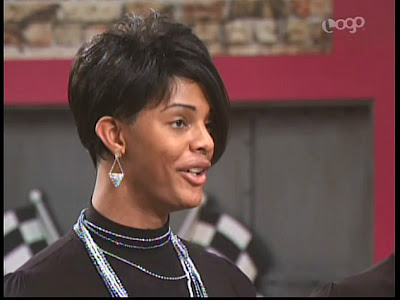 There’s a lot more to drag than putting a dress on a man. Although Tyra’s probably not the best example to use because for the most part, he really does look like a woman with no makeup on. Considering this competition’s increasingly restrictive focus on “realness,” it was pretty much a given she’d win this round.

Okay, we’ve got a lot of drag ground to cover, so hoist up your bra straps, check your tuck, and let’s get started. 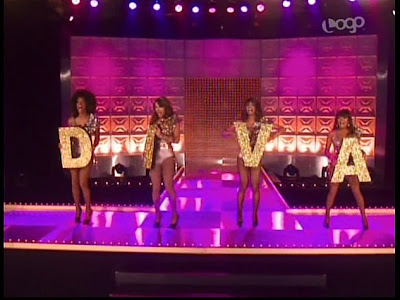 Cute. We don’t know how we feel about this week’s main challenge. While it required an impressive amount of work from each doll, it was a retread of previous challenges. They’ve all done lip synching and choreography. They’ve all walked that runway in various outfits. They’ve all done pretend press (last time via satellite interview and this time via red carpet interview). There was no sense of putting them through their paces. It was the RPDR version of Project Runway’s much derided “make a pretty dress” challenges. This was the “be pretty and fabulous” challenge. 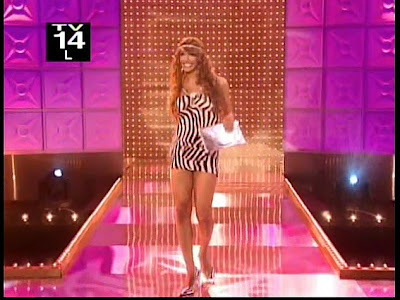 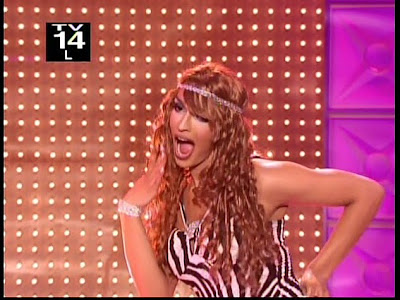 We’re tired of beating around the (tucked) bush. She looks like a total ho bag. Further, she knows she does and she knows the judges don’t like it. Bottom line, she LIKES to look like a total ho bag. How many times has she bragged about straight men trying to pick her up? That is pretty much the sum total of her drag persona: I’m so hot straight guys want to fuck me. Well, congrats on that, but it makes for a deadly dull persona. 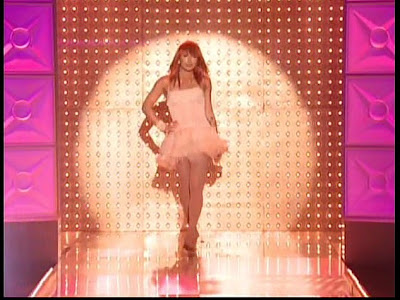 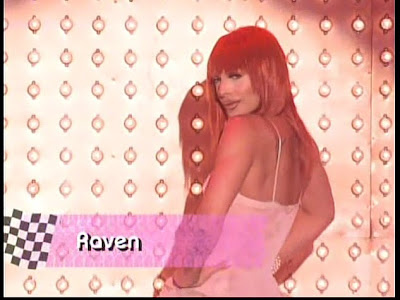 We’re leaning away from the inevitability of Tyra’s win. More and more, it’s looking like Raven is the one that impresses the judges the most.

Anyway, cute look. But we wish she wouldn’t wear her hair so flat all the time. 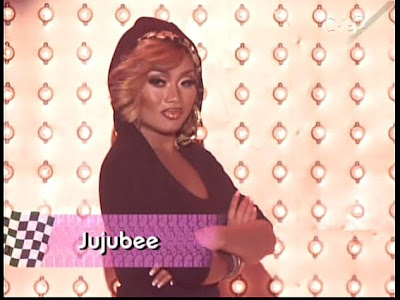 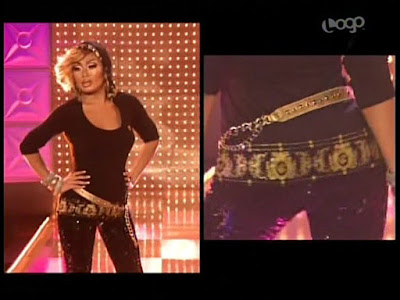 Jujubee has some slight taste issues herself. She doesn’t go for Tati’s hooker look so much, but she sure does dip from the Kimora Lee well a little too often. 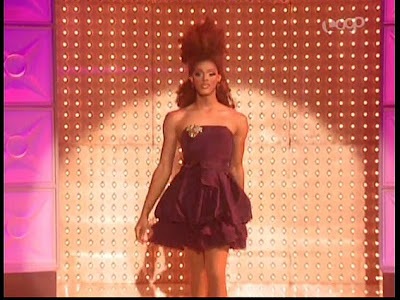 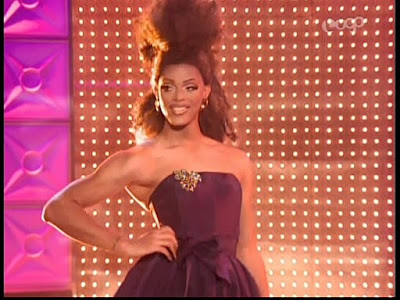 Funny, we never noticed before how broad her shoulders are. It’s taking too long to write this so one of you minions check and get back to us. Is the first time she’s done strapless?

This is a fantastic look, both hair and dress. 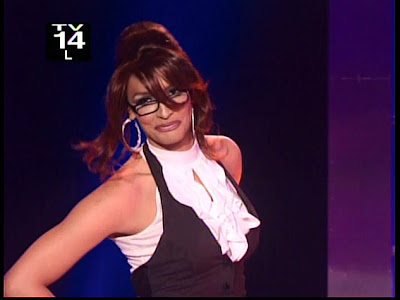 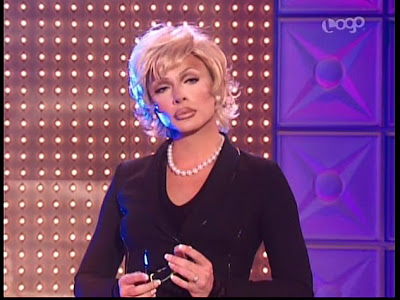 You just can’t beat that. It’s a totally polished look and it’s a totally “real” look. Not in the way Ru defines it (passing for a woman) so much as it feels like a fully realized character. You could easily look at this persona and immediately write a history on her. We say television journalist in the Diane Sawyer mode, but we could also go with senator’s wife. 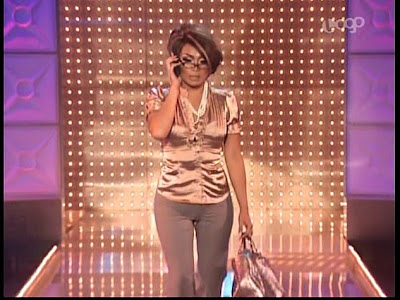 Ditto for this look. Another fully fleshed-out persona. Except, again, the clothes aren’t the most tasteful. They’re badly matched and they look a little cheap. Cable news producer or lobbyist. 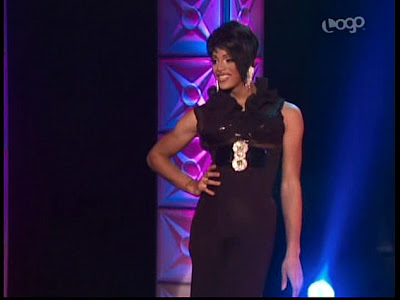 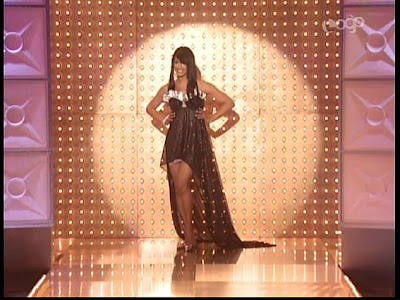 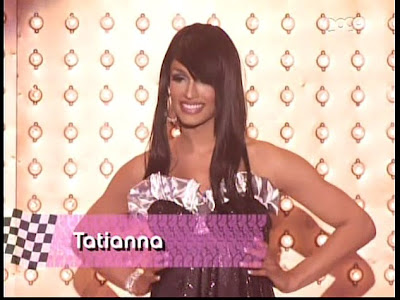 Oh, hell. How many times are we gonna say it? Maybe if we do it in charades it’ll seem more creative. 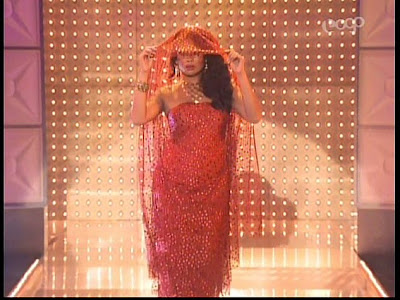 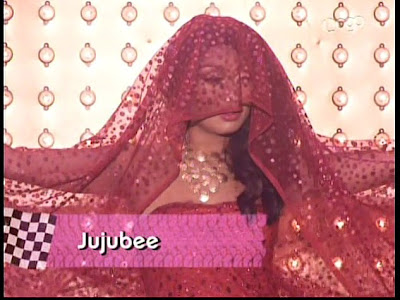 She was all kinds of pissed off with what the judges had to say about this, but we were in agreement. Going for a Bollywood look when the challenge called for Hollywood red carpet made no sense to us. Besides, it only looked like she wrapped some fabric around herself. And Tatum was right: the pink lipstick clashed. 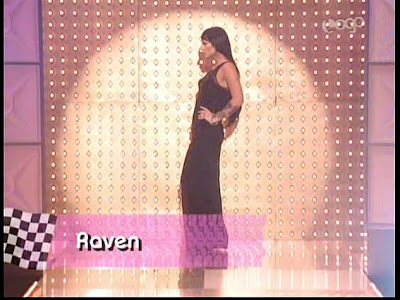 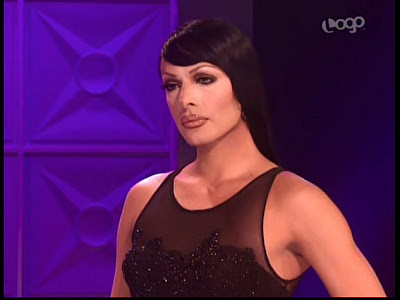 Hair’s too flat again. She really does know how to do an incredibly dramatic (and for the most part, elegant) look, but the Cher hair gets a little old. 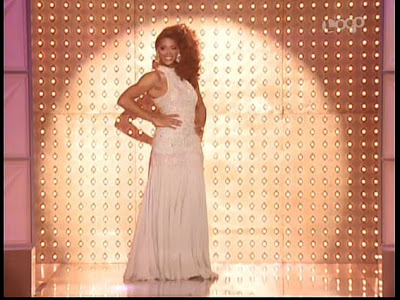 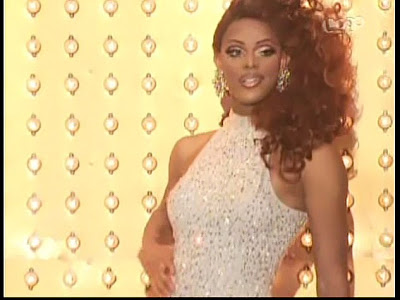 Tyra wins again for being the prettiest. 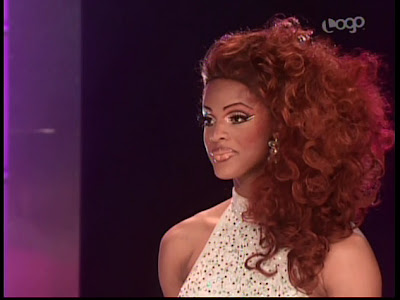 Okay, that’s not totally true. She gave a great acceptance speech (“I didn’t even know I was nominated!”) and pretty good red carpet. Yes, the fact that she (broad shoulders notwithstanding) is the most likely to pass for a woman plays a huge (and to our way of thinking, wrongheaded) part in her popularity with the judges, but we have to begrudgingly admit, she sure can think on her feet and she sure can bring it when she’s in the “public” eye.

But we still think Raven might be the winner this year. And Tyra honey, we beg you: hire a makeup artist or learn how to be one because you’ve got an incredible canvas but you keep slopping paint all over it. 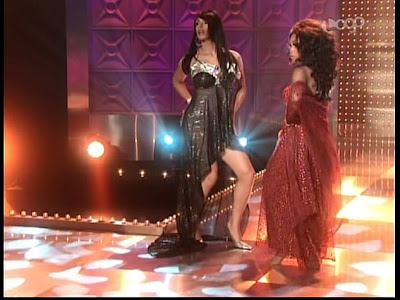 It was all over before the music even started. For one, Little Miss “I don’t know shit about shit” Tatianna couldn’t even appreciate a good Aretha track, and for another… 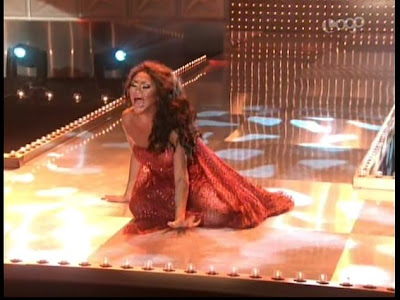 Nobody, but NOBODY brings it to the lip synching like Jujubee. She bitched a lot about being in the bottom so much, but the fact is, it gives her an advantage now. She knows exactly what she has to do to impress the judges. 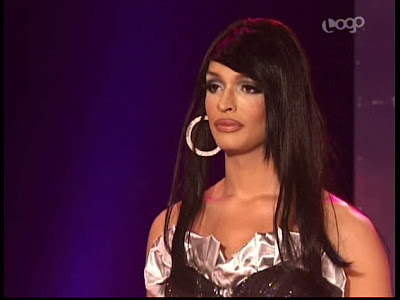 She’s not awful. We’ve just kind of had it with her “I don’t care because I’m the prettiest” attitude. Granted, the other dolls were pretty shitty to her, especially Raven. Then again, we can see how she might drive everyone around her a little nuts. In the land of drag the self absorbed is queen, but even then, there’s a limit. She’s not a bad person by any means. She’s 21, gay and cute. It’s almost a requirement that she be obnoxious about it. Maybe she’ll grow out of it, but believe us, there is NO shortage of obnoxious self-absorbed 45-year-old gay men out there, so that’s not exactly a guarantee.