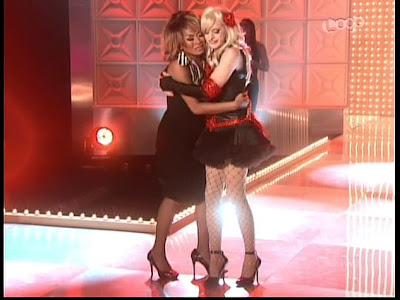 SOPHIE’S FUCKING CHOICE, BITCHES. How can we pick one of our beautiful drag daughters to be sent to the firing squad? We are positively TEAR-STAINED today. And speaking with FLAWLESS Polish accents, we might add.

Let’s all work our way through this trying emotional experience together. Let’s all get a cup of tea and sit down to talk it out. 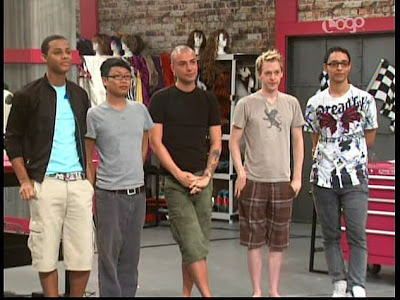 We’ll never forget how beautiful the sunrise was that day as we watched our 5 remaining dolls line up for instructions. If only we knew of the horror to come.

Who are we kidding? We knew. We hoped against hope that Pandora would at least make it to the finals, if not win it, but we knew the chances were slim. Look, we love this show but its greatest strength is also its greatest weakness: the entire competition is based around the career of RuPaul. Sure, that makes a certain amount of sense, given that Ru is probably the most successful and famous drag queen of all time, but it doesn’t take into account the range of drag types out there. It’s why Pork Chop was let go immediately and it’s why Pandora was cast as the girl who can’t get a break. The first season’s winner was a tall, stunningly beautiful black drag queen. There is a very good chance that this season’s winner will be a tall, stunningly beautiful black drag queen. Even if Tyra doesn’t win it, the four remaining are the 4 prettiest of the entire group and honeys, that’s no accident. When you base a competition around RuPaul’s career, you are inevitably going to weed out the girls who have something besides poise and beauty to offer. Drag has a long history of comedians, singers, jugglers, dancers, musicians and anything else you could find on The Gong Show. Drag isn’t just about being pretty. Sometimes it’s about being funny, or fuck-you fierce, or talented as a performer (and we don’t mean lip-synching). The funny thing is, Ru DOES have a career that comprises that sort of stuff. Certainly this show alone proves that she’s a natural comedian because she delivers at least a couple laugh-out-loud lines every single episode. Plus there’s the singing career. We don’t get it. 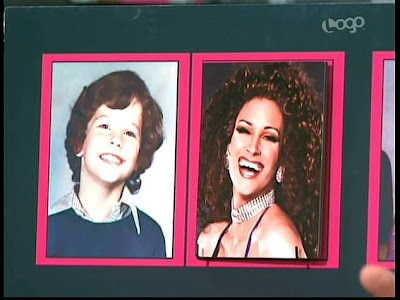 There was a cute, but kinda forgettable mini-challenge but it only served to point out to us how quickly we TOTALLY forget most contestants of reality shows the minute they leave the show. They can be parading past us in the credits week after week, long after they’ve been cut or auf’d or told to pack their knives and we never even notice them. Isn’t that weird?

So Tati wins it and can we just say? Tati, seriously. Read a book. We don’t even care about the Oscar Wilde thing, not really. But the more you speak, the more it comes across that you have basically NO references to draw on. We realize you’re young and all, but come on. You don’t actually have to BECOME Britney Spears, y’know. 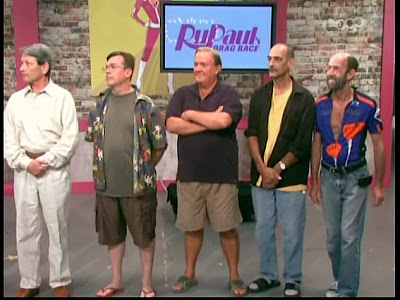 We’re not gonna lie. We watched the first couple minutes of this segment through our splayed fingers. If you think gay men are invisible on most TV, OLDER gay men are non-existent. We feared that these guys were going to be cast for freakishness. When such a rare demographic or minority representation appears in the mass media, it unfortunately bears the weight of representing what everyone in the demographic or minority is supposed to be like. In other words, we feared that these 5 old gay men were going to be forced to represent ALL old gay men and let’s face it: people who agree to appear on reality TV shows are not representational of ANYTHING except that growing minority known as “People Who Agree to Appear on Reality Shows.” We’re pretty sure they have their own box on the census form now.

Still, our fears were for naught. The old gals were game and fun. Okay, maybe the bikini was weird. And the janitor’s key ring hanging from the one guy’s nipple. That was a little…something. 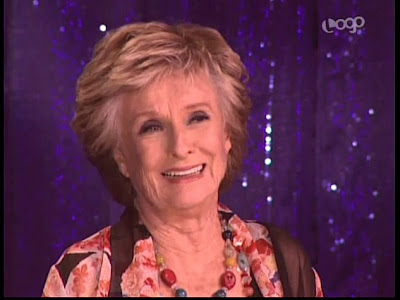 EIGHTY-THREE FUCKING YEARS OLD, PEOPLE. That is AMAZING. Sure, there’s likely a lot of tape and spackle involved, but still. Plus, she’s as sharp as a tack. LUV HUH. 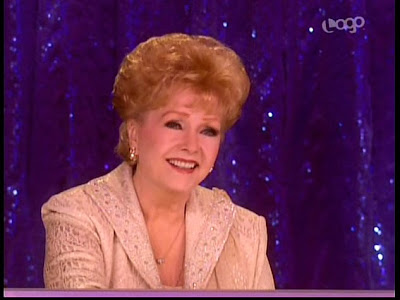 LUV HUH 2. Also looks AMAZING (but Cloris has a better wig. Get the name, Debbie.). Do you know that we are so gay we actually got a little tingle up our spines when she complimented Tyra and her drag mama’s dancing? Seriously, who can say THAT about themselves; that a legendary Hollywood hoofer was genuinely impressed with their dancing?

All Joans and Christinas to the catwalk, please! 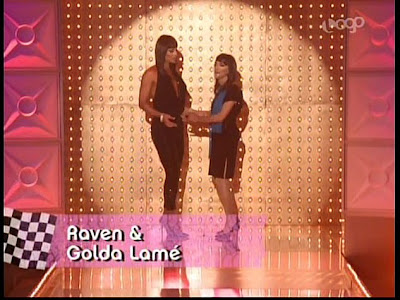 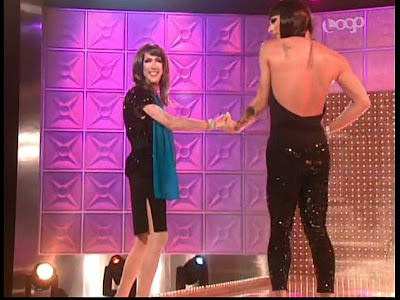 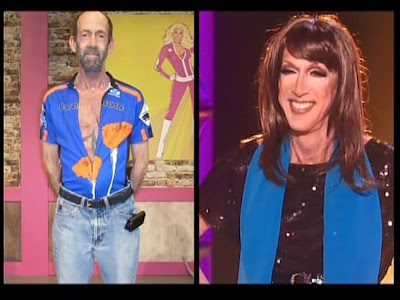 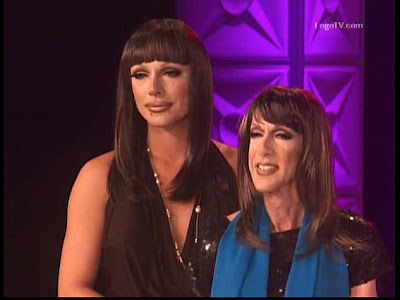 Credit where it’s due, they were genuinely sweet together and Raven managed a pretty amazing transformation. Golda seemed a little frail for this competition and that made us a little uncomfortable, but she rallied, and the pairing allowed us to see a softer side of Raven. Without sounding accusatory, there was a part of us that wondered if Raven’s overtures weren’t at least a little calculated, but we’ll let that pass. Bottom line is: she won it for being the kindest and showing the most rapport with her Mama. A sentimental win. 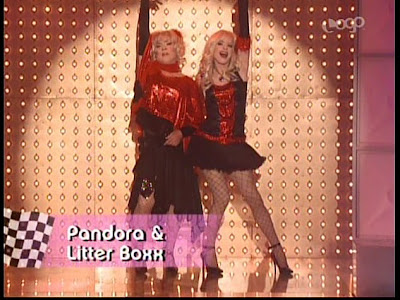 DO NOT FUCKING GET IT. 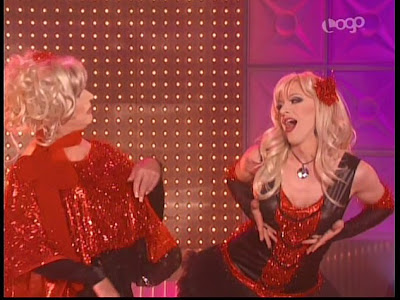 Explain to us how these two were in the bottom AT ALL? They were hilarious on the catwalk – every judge said so. 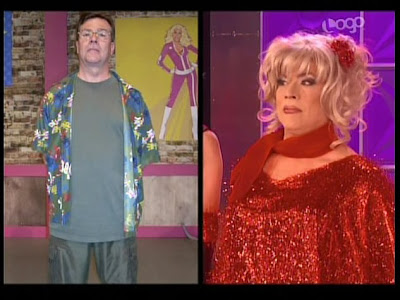 And since Ru brings “realness” up a lot, we think Litter Boxx had the most of it out of all of them. She REALLY looked like Pandora’s mother. 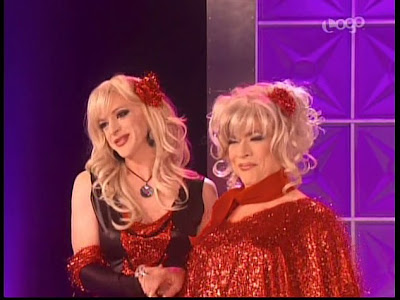 The more we write about this the more pissed we are about it. Look at that sentence! Punctuation is a luxury you just can’t afford when you’re throwing a tantrum, darlings. Like vases.

They look adorable and they were hilarious. End of story. 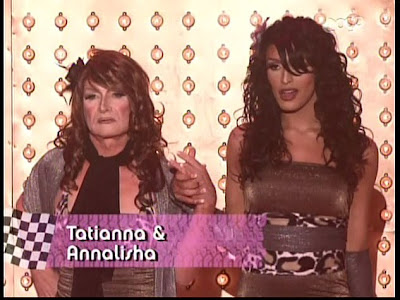 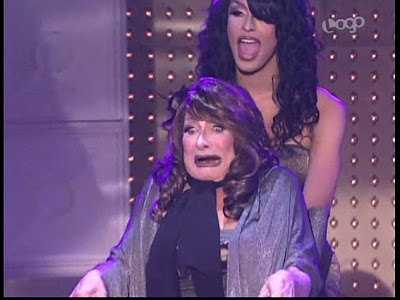 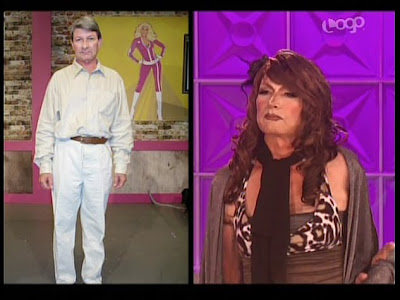 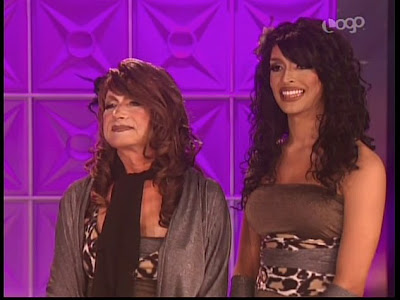 We’ll give Annalisha credit, because she pulled it together for the performance and really added to it. We thought the dress was pretty bad, though. And the makeup was unintentionally hilarious because Tati essentially gave her her face. Except it doesn’t look very good on someone 40 years older. 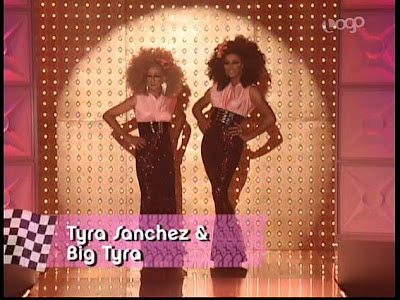 Come on now. Tyra may be a big ol’ sourpuss but she brings it to the catwalk. We gay-gasped when they came out. 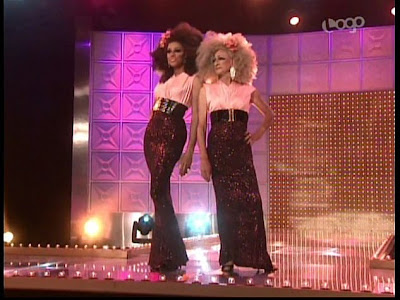 And literally started clapping when they broke out into some pretty awesome choreography. In fact, as soon as the dancing started, we both said, “That’s it. Game over. She won this week.” 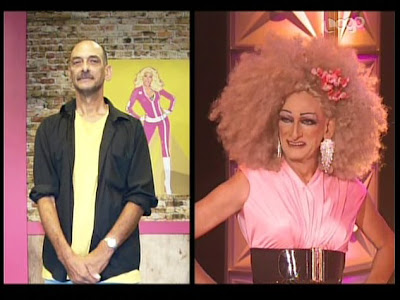 Granted, her transformational skills weren’t very good and we thought it was telling that she admitted she has no makeup skills. Tyra, free advice: You are gorgeous and while it’s true you are lucky enough to be able to achieve that without world-class makeup skills, you could seriously be a star if you polished your look off. 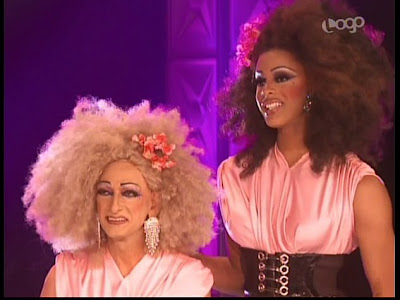 Anyway, they looked adorable too and we were absolutely convinced she should have won it on the dancing alone. Plus, that line about wanting to learn the dance so he’d have a little bit of his mama in him was thirty different kinds of sweet.

How no one mentioned the overwhelmingly obvious resemblance to Phyllis Diller is beyond us. 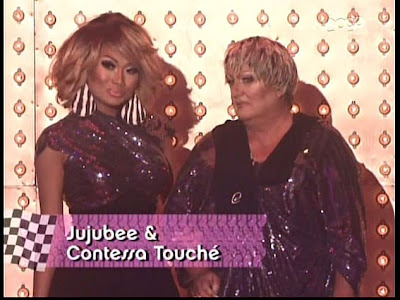 Not a chance in hell they spelled “Contessa’s” name right. 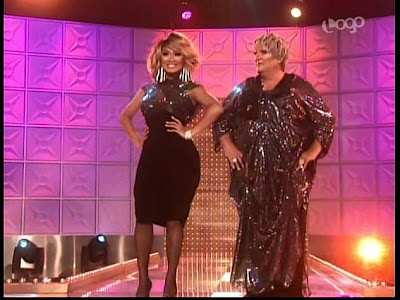 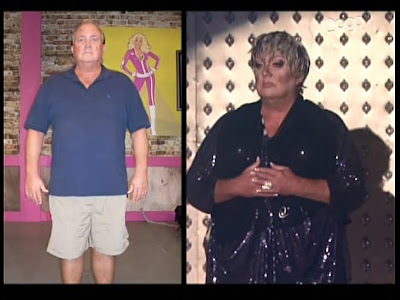 HATED Contessa’s. Ladies of a certain size in the readership? Show of hands: Would ANY of you EVER even try that thing on? 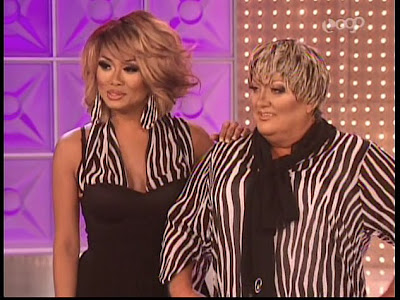 And what is going on with that wig of hers? It looks like she styled it with Elmer’s glue.

Believe us, we would have been equally as devastated to see Jujubee go, but she really would have been our choice over Pandora, no matter how good her lip synch was. This entry had way too many obvious problems with it, problems that the judges pointed out.

But, it was crack-smoking week on the show and since we weren’t availing ourselves (it’s Lent), the decisions made no sense to us at all. 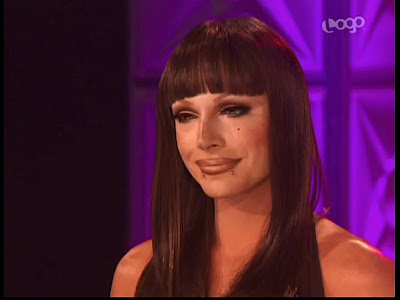 Raven wins it and sure, it had its good points, but like we said, it was a sentimental vote and we can’t really begrudge Ru that. 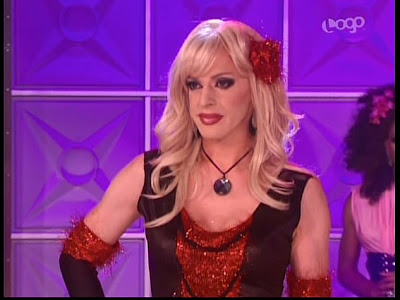 We’re glad Pandy went out with a “fuck ’em” attitude because we really do think she’s a freaking riot and has a ton of potential. Now that we have the world’s first drag reality show safely esconced on the schedule, isn’t it about time we got the first drag sitcom? LOGO, what do you say? The Pandora Boxx Show has a certain ring to it, yes?