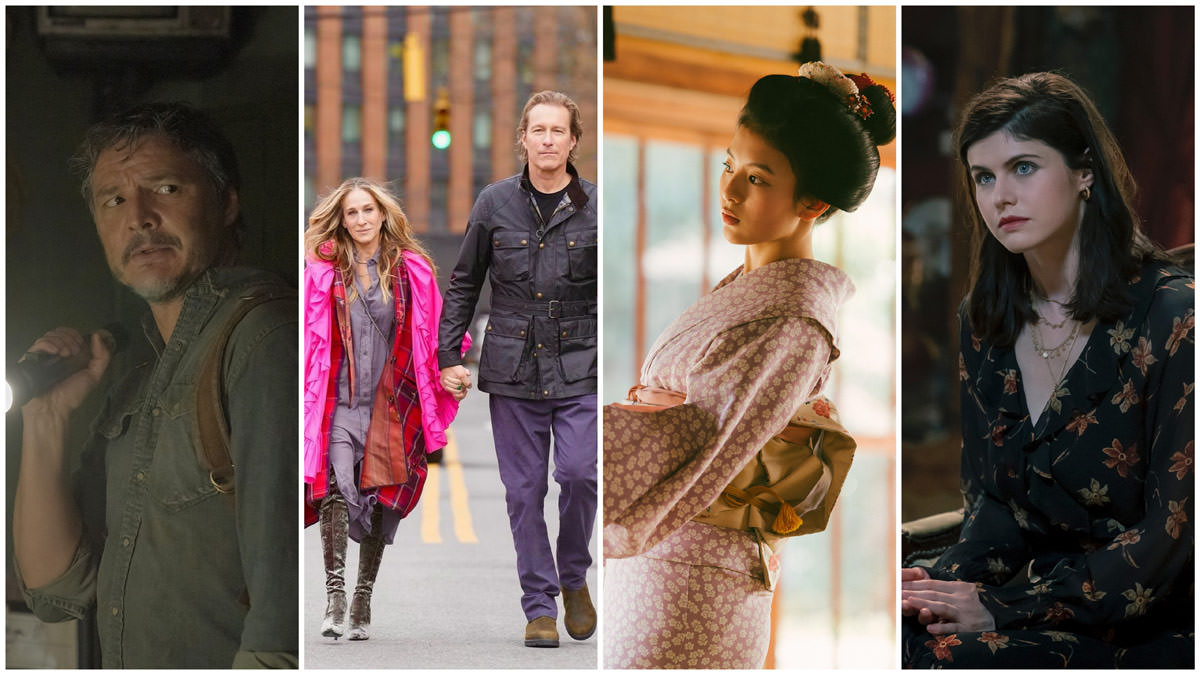 A few unscheduled workmen visits this week made it impossible for us to record for several days, which is why the pod is dropping a little later than we promised. Sorry about that, loyal listener kittens! We hope we were able to make it up to you by being extra interesting in our conversation this week. As we noted at the end of our gushing first-episode review, we still have plenty of things to say about The Last of Us. We unpack – without spoiling a thing – why the episodes coming up are well worth waiting for, and also why the show is very different from The Walking Dead, surface trappings aside.

As might be obvious from the above collage, we also had to dive in on the recent reveal that Carrie and Aidan will evidently be rekindling things in the upcoming season of And Just Like That. This prompts another rant about all the ways in which the show not only upends the more important parts of Sex and the City’s legacy, but also misunderstands what middle age is really like. Lorenzo then launches into a review of the Netflix series The Makanai: Cooking for the Maiko House, a drama about life in the modern Geisha community:

And finally, we unpack all the ways and reasons why AMC Plus’s The Mayfair Witches is a seriously disappointing interpretation of a corner of the Anne Rice legendarium that’s especially ripe and rich for a good TV adaptation. It just isn’t working for us and Tom, who read several of the books it’s based on, goes into how the show misses the point of the story.

There you go, dolls. A tight near-hour of light chatting about a range of shows you should (or should not) be watching, according to an international panel of experts (us). Thank you for listening!