Friday Leftovers for the Week of December 4th, 2022 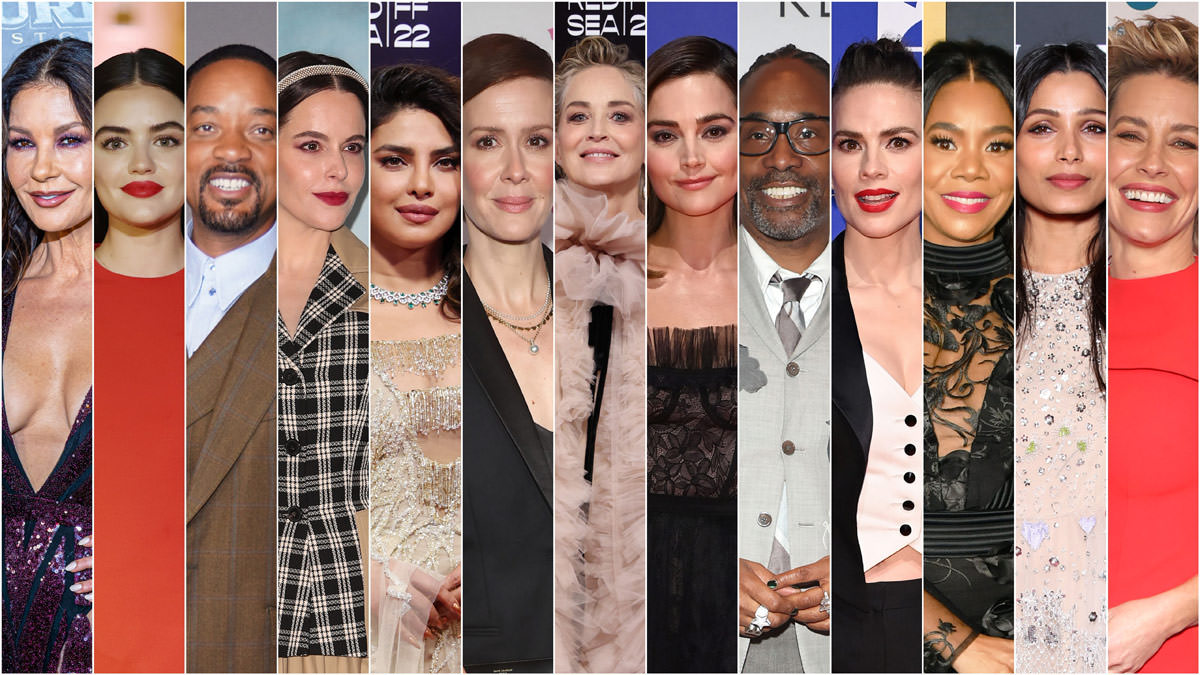 Once again, we find ourselves with weekly red carpet files that need to be emptied lest we spend the weekend fretting over our poor work habits. It’s not that any of you following celebrities did poorly on the red carpet front – although some of you could’ve used some advice – it’s just that you didn’t dazzle us or offend us enough. Do better next time. This is very cute, but lately we’ve had something of an issue with Thom Browne looks on the red carpet. We love the brand’s aesthetic, but it’s extremely specific, which means that the same styles and pieces keep showing up again and again. The only part of this we really love is the jacket, because it’s the only part of it we haven’t seen on a red carpet a half-dozen times before. Just a little mother-son bonding time with extra sequins and a hint of underboob. Celebrities are different. Anyway, he looks fine, although his jacket sleeves are way too short. Her dress is beyond tired. It’s exhausted. The color looks great on her, though. This is a little bizarre, but we appreciate the Dior-ness of it all. We think the boots are a great choice, but the slit in the skirt isn’t needed. It’s a perfectly fine, serviceable gown. The fit’s great but the color looks a little harsh. To be fair, the lighting doesn’t seem to be helping here. We feel like we should point out that Frieda is attending the Red Sea Film Festival; something for which we mildly criticized Jodie Turner-Smith. In the interest of fairness, there are several people in this rundown who attended the RSFF and our criticism applies to all of them equally. We’re just not thrilled to see celebrities making red carpet appearances in countries with terrible human rights records. Also: this dress is an odd combination of drab and eye-searing. It’s pretty sharp, but we tend to think it would look better with a high-waisted pant. That clutch is insane, but we’re thinking it’s supposed to be a take on a bow tie? That’s not a point in its favor. We’ve been seeing a lot of Goth Bride looks of late and we have to say, we don’t really mind them when they’re styled well. She didn’t really meet the brief on that front. In related news, that bust ruffle is ridiculous.

Lucy Hale in Valentino at the Red Sea Film Festival We don’t love the matchy pieces and we’re pretending not to see all of the bows involved here, but we have to admit that she’s just one of those people who does really well with doll fashion. We just wish she wasn’t modeling it in Saudi Arabia. We are surprised by how much we like this. We don’t LOVELOVELOVE it or anything. The lack of color bugs and the style feels a little mature for her, but there’s a slight fantasy vibe to it. Like Galadriel at the Oscars. We tend to think any dress that looks like it’s growing on you is probably too distracting for a red carpet situation. It’s so low-key and laid back compared to her normal style, but some times a person just wants to take their fashion on the easy side. She’s earned the respite. This is kind of insanely fun, although we don’t think the black mock turtleneck was the way to go. We’re disappointed to see her at this event, though. Oof. A bad design and an ugly footwear choice.

Sharon Stone in Monsoori at the Red Sea Film Festival Back to insanely fun. Our only issue is with the color. If you’re going to come dressed as a high-fashion dust ruffle, maybe it would be better not to be dust-colored.