Anya Taylor-Joy and Nicholas Hoult at THE MENU London Premiere Perhaps you’re in the mood to look at some astonishingly pretty people in slightly questionable clothing in really harsh lighting conditions. Boy, have we got a post for you! Cheekbones FOR DAYS. Once again, the red carpet proves its importance, because we had no idea what this project even was or that these two had worked together. It’s interesting, because when they announced that he’d be starring opposite Elle Fanning in The Great, we thought the casting sounded brilliant. We were right. They have tremendous chemistry together and they’re smart enough to play off of their own similarities as pretty, doll-like people. It’s what makes them so funny together. We don’t get that same vibe with Anya at all. We’re really curious to see how that shakes out. You can watch the trailer below. For now, let’s get shallow. LOVELOVELOVE everything from the waist up, but those dress pants kinda kill the vibe for us. We tend to think that if you’re going to commit to a pink velvet jacket, you may as well commit to a pink velvet suit. But that’s just us. The brilliant pink dress shirt looks great with it and we’re surprised to admit that we almost kinda sorta like the matching velvet tie. There seems a sort of studied sloppiness to the look, which is something very pretty celebrity men tend to do. It’s a shame, because if he’d opted for impeccable, this would have gone from a merely cute look to a breathtaking one without too much effort. 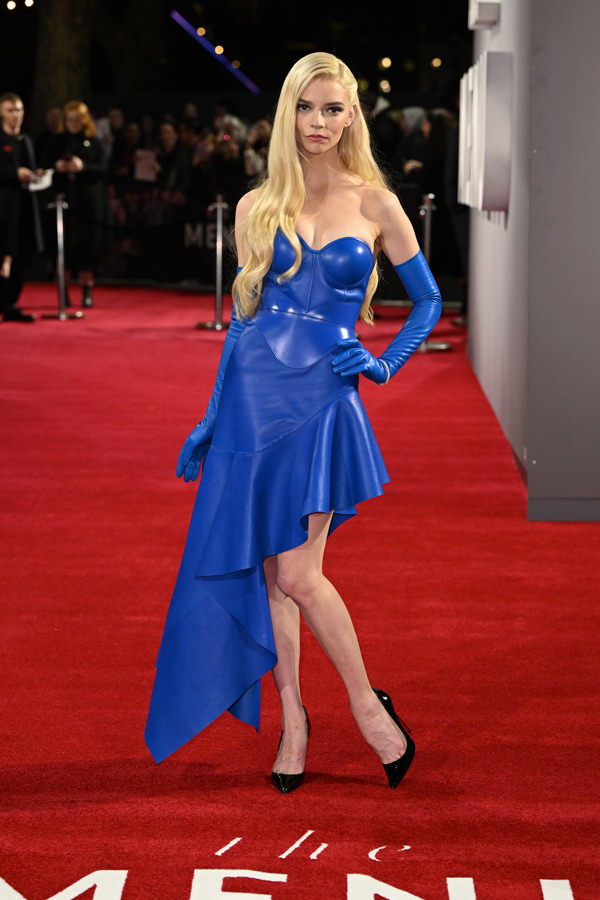 She’s working the hell out of it, that’s for sure. We are slightly more forgiving of blowing kisses on the red carpet than we are for things like finger guns, but it’s a pretty close call. We can’t say we love the dress, no matter how hard she works it. The color looks great, but that skirt is a big no for us. A more symmetrical skirt wouldn’t make us fall in love with the dress, but we’d like it a lot more. The gloves really work with it.

That was not at all what we were expecting.