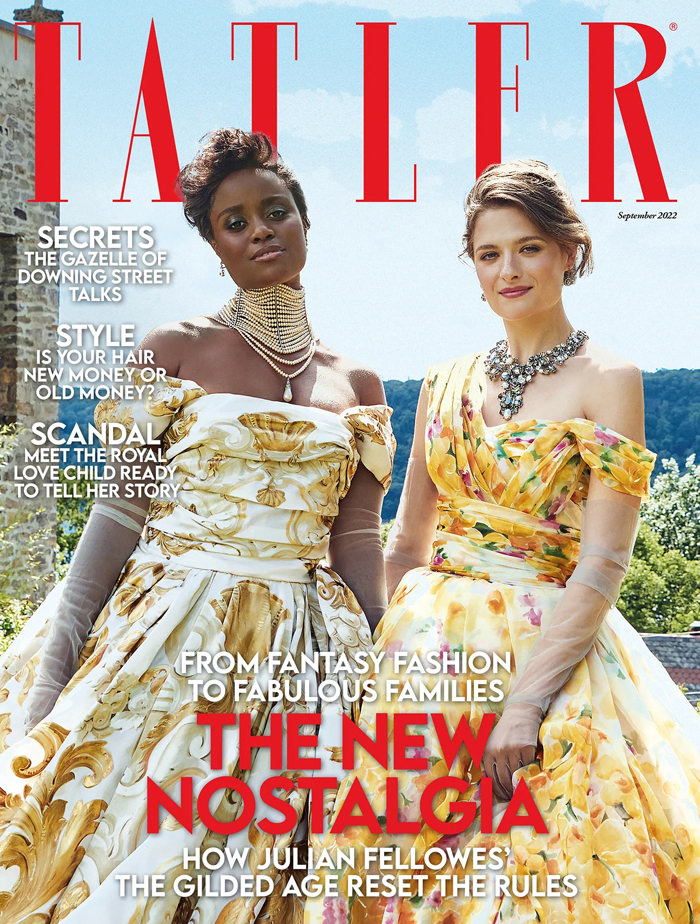 When Benton watched popular period dramas on television (‘I was with the rest of the world bingeing Downton Abbey’), she felt disconnected. No matter how comfortable she was speaking the lines and wearing the clothes of women from the 18th and 19th centuries, on-screen depictions of this era didn’t include women who looked like her. ‘Unfortunately,’ she explains, ‘whitewashing can be such an intentional part of keeping people out of stories so that we don’t feel empowered.’ Online, the comparisons with her mother were inescapable, as were the scabrous suggestions that she had only landed the role of Marian as a result of nepotism.
‘It’s going to be a constant thing throughout my life,’ Jacobson says, with the thoughtful gravity that marks her out. ‘It has been since I can remember – this issue of “Do I deserve what I have?” But I think about Jane Fonda and how she made a name for herself. And there’s been plenty of [other] people who’ve been able to carve their own path – like Sofia Coppola. I think it just takes time and not reading Twitter and just focusing on what I want to achieve as an artist.’