We gave stars Robert Pattinson and Zoë Kravitz the spotlight post, but it’s time to run through the rest of the surprisingly stylish red carpet at the New York premiere of The Batman. 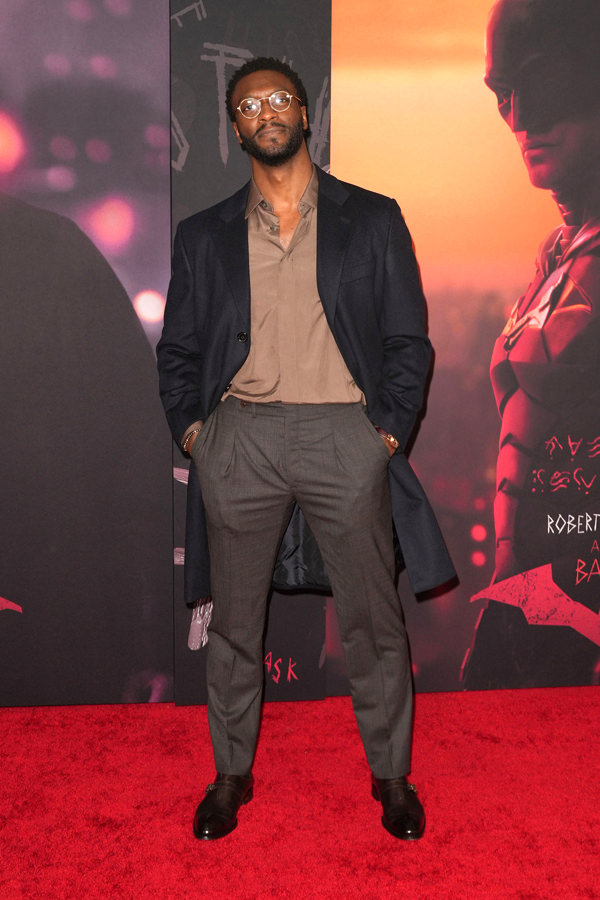 He’s part of the DC stable of stars, having just completed baring his chest (we hope) as Hawkman in the upcoming Black Adam, which explains why he’s here. What it doesn’t explain is why the guy who once served us THIS is looking like this. Andy, we love you. Your tux doesn’t fit. 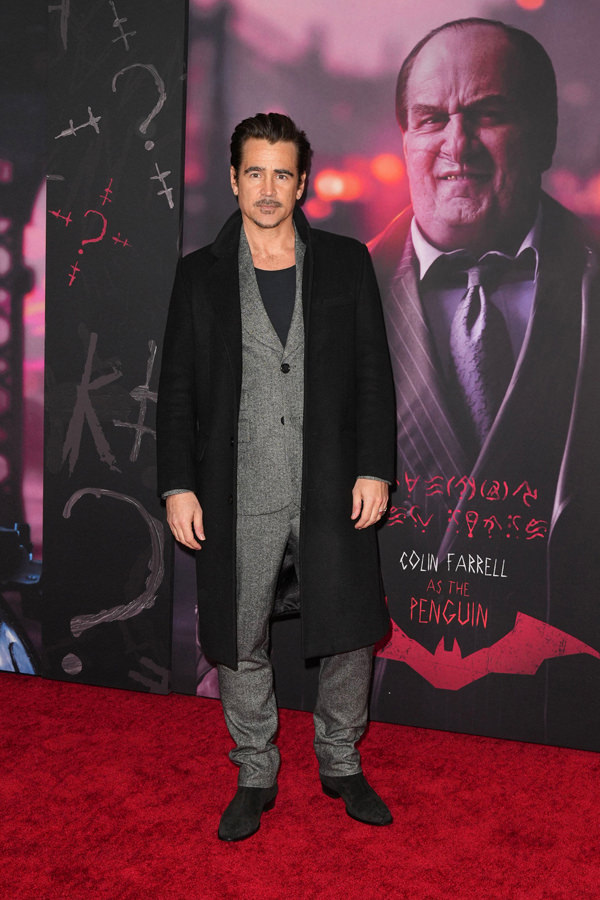 He’s just one of those guys who’s always going to look best when he looks a little sleazy. Luke Evans is another one. None of this is great, but aside from the pants length, none of it is terrible for him either. A proud step-dad and siblings out to support their girl. They all look great in their own way, and they all have fantastic hair and good taste in footwear. We love that Jason can barely keep his on. Look, we remember when it was considered a win if he wore anything with a collar on the red carpet. Can’t really argue with that. We might have suggested doing up one more button on the shirt. Say what you will about her, she’s getting really good at making everything all about her. Empires have been built on less. Just an absolute mess. We love him, though. It’s a nice suit, but we don’t like the silly putty color. 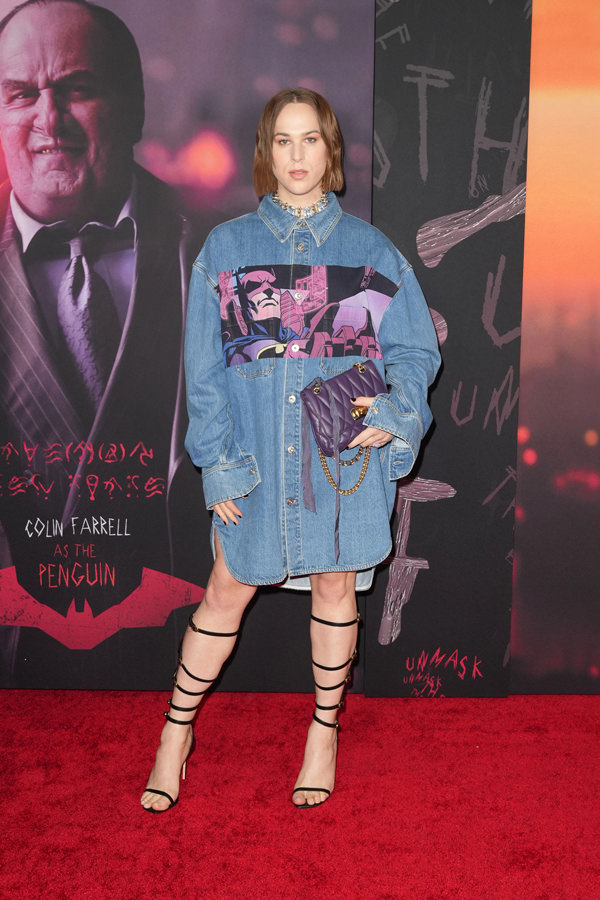 We don’t like it on the merits, but we can’t get mad at such a fangirl flex. That is one hell of a sight better than the abomination D&G stuck her in for the SAG Awards. Love the blunt hair and cateye.

Zoe Kazan in Miu Miu and Paul Dano in Dzojchen We love these looks so much we’re gonna feature them together (because the coordinating is flawless) and apart (because each is so distinct it deserves a moment). We wouldn’t normally get on board with a print suit and matching print shirt, but there’s something a little comicbooky about it in a way that doesn’t seem cliched. We love that she went full-bore formal for this. It’s got a little bit of a First Lady vibe to it, but we don’t mind it for her. Our only quibbles are that the color could’ve been a little richer and we’d have liked a less boxy jacket paired with that column skirt.