On stands May 18th, W Magazine Volume 3 The Music Issue, features their second cover star “Icy Grl” Rapper, Saweetie. In the issue Saweetie talks to Lynn Hirschberg, W Magazine’s Editor at Large about her determination to conquer the world, her rowdy ride to fame, breakup with Migos member Quavo and her upcoming album “Pretty Bitch Music” set to be released late this summer. 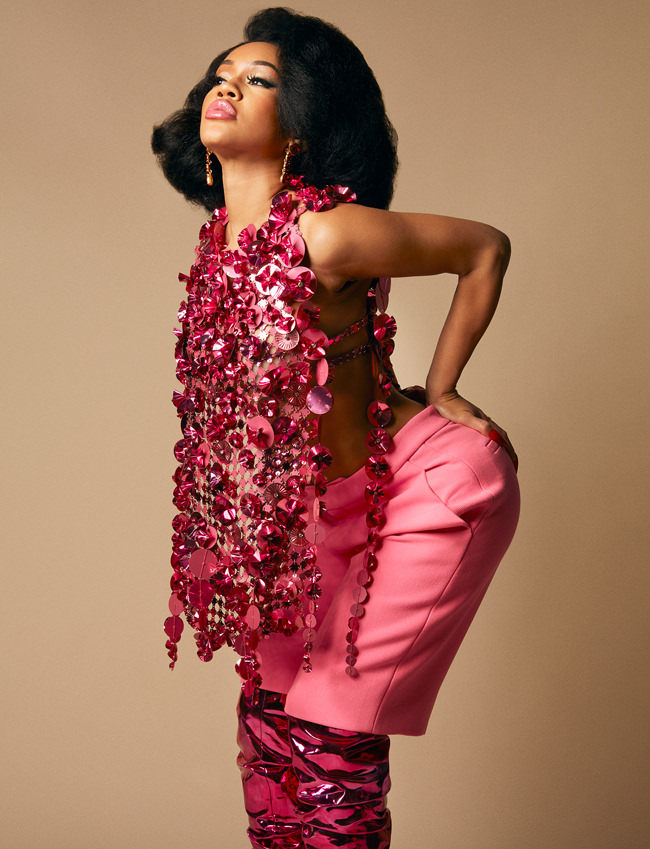 On not paying attention to the breakup tweet that ignited an internet frenzy: “I’ve learned that the world doesn’t stop for anybody. And it’s for sure not going to stop for me just because I got my heart broke. I was grateful to be doing the photo shoot. I was like, I can deal with all this later.”

On refusing to let her breakup derail her emotionally: “Work is what I love most. What separates the greats from the pack is endurance. And resilience. I could give my attention to something that could drain me or I could focus on what would empower me. And that is this shoot.”

On setting goals for herself: “I have goals. In quarantine, I did a lot of mood-boarding. I had mood boards for fashion, music, and lifestyle. Lifestyle would be, what kind of cars do I want to have? What kind of house? When do I want to have kids? If I want to be a fashion girl, how far do I go with that? If you want to be successful, you have to be detailed in life.”

Explaining how other powerhouse women at the cross-section of business and entertainment inspired her goal of $900 Million: “I look at Rihanna. I look at Kylie. I look at all the girls who are working in the worlds that I’m in. I kind of averaged out the money between all these women I admire, and 900 million is the number. So if I’m having a bad day, I’m just like, 900 million, girl! Go!”

How she got into sports as kid: “In first grade, I was a bigger girl, and they told me that the cheerleader uniform wouldn’t fit me. So I went home, and I looked at myself and decided: I’m just going to play sports.”

Previous post:
Character Posters and a Costume Featurette for Disney’s Upcoming “Cruella” Next Post:
Introducing Our Newsletter, “Twirling Through It”