Home » Fashion » Emma Stone in Louis Vuitton at the World...

Emma Stone in Louis Vuitton at the World Premiere of “Cruella” Can we just? Pause here for a sec? Because we literally got teary-eyed typing the words “at the world premiere” in the headline. We knew these days would return (despite all the think pieces on how Things Will Never Be The Same Again or or about how The Red Carpet Is Dead Forever), but take it from two folks from the very small pool of people who care about such things (shoutout to our girls Heather and Jessica), it is a joy and a relief to be back doing the work of being total bitches again.

So, exactly 433 days since the last time we featured that phrase in a headline, let’s get to it, kittens. Put your REAL judgin’ pants on. Not the comfy ones you wear around the house, but the ones you put on when SOMEONE’S gotta state the obvious and you figure you’re the best candidate for the job. Emma? Brace yourself. We’ve all been waiting for you. THANKS WE HATE IT.

Oh, we’re just kidding. Look, her style has always bounced back and forth between occasional bursts of high glamour and a more steady sort of low-key approach. She clearly prefers the latter and since she’s something like 6 weeks post-baby premiere, we’re the last two bitches who’d be bitches about a more comfy approach – especially since there’s good reason for stars and stylists to think they don’t need to put their foot on the gas at the moment, stylistically speaking. While we think the MTV Awards red carpet and the Oscars red carpet showed that crazy celebrity fashion and high glamour are probably going to be quite popular again, we’re pretty sure there’s going to be a consistent third strain of celebrity style that puts more value on looking slightly more relatable and less grandiose. Not that a Louis Vuitton suit and some borrowed diamonds are all that relatable, but still. A film like this BEGS for a high-fashion promo tour full of ridiculously glamorous ensembles, but given that its two stars are not exactly at Cate Blanchett levels when it comes to their approach to the red carpet (Emma Thompson is more than clear on the fact that she thinks it’s completely ridiculous), we’ll have to adjust our expectations a little. We’re just happy to see real world premiere red carpets again.

Which isn’t to say this is a bad look. It’s lovely, in fact. The jewelry is fabulous and her hair and makeup are perfect. Who cares if she looks like she’s about to give a presentation at a regional manager’s conference?

See? That’s how you slip the bitchy part in. 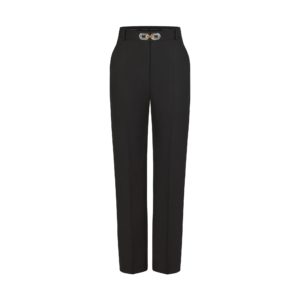 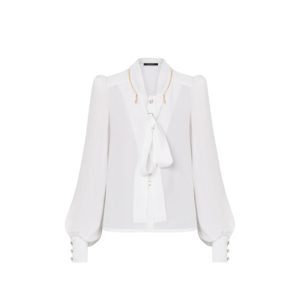