Darlings, it’s the Bloodshot movie premiere! If we type it like that, it sounds like a really exciting, can’t-miss event! We don’t really want to know anything about this movie and we’re only familiar with 2/3 of the people in this post, but one of them tried really hard and got it right and the other two just tried really hard! 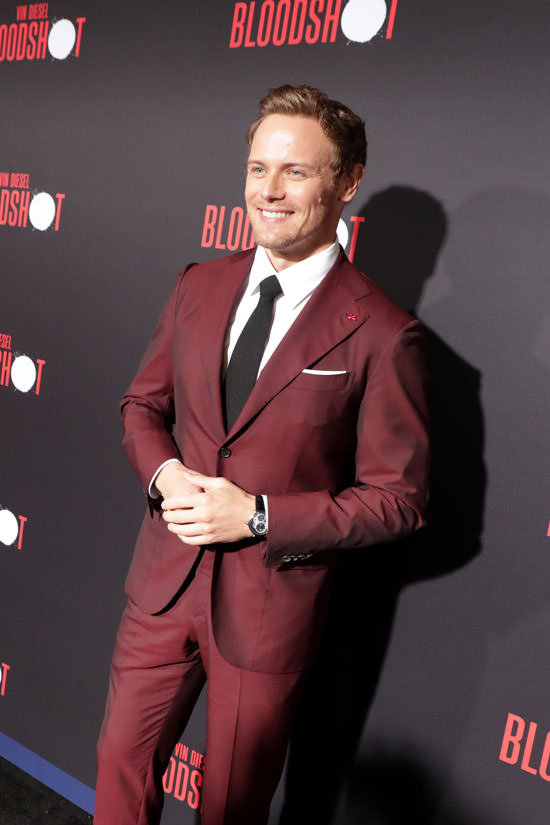 ATTABOY. The suit’s a little wrinkled and the tie is incredibly boring, but it’s a nice, colorful, totally presentable way to go, especially when you consider his co-star Vin Diesel and the likelihood that he would how up all … Diesel and stuff. More on that in a second. First, scroll down … to HORROR: Yes, it’s the dress that COMPLETELY erases a woman’s business while at the same time highlighting the spot where it used to be! Because who doesn’t want that Sexy Barbie look every now and then?

Girl, we don’t know you, but we’re convinced you have enemies and they all talked you into wearing this horrid thing. Everyone spent the night trying  not to look at her crotch. 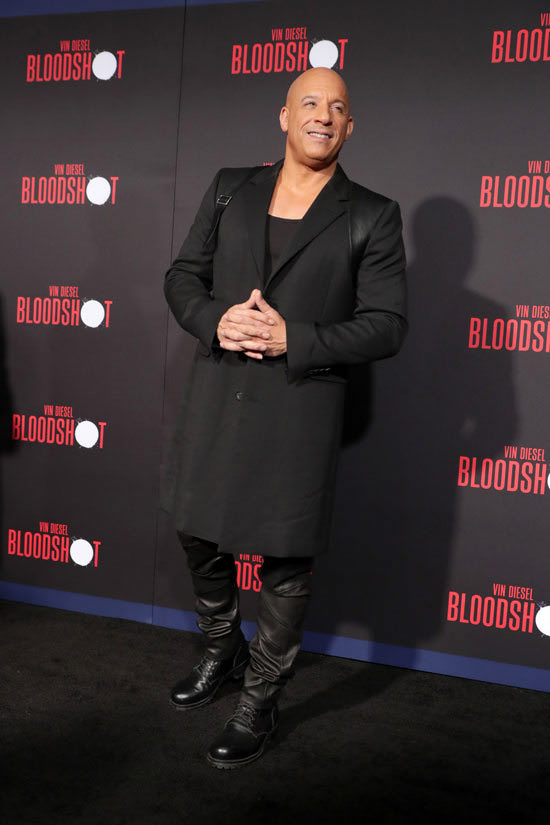 This is very natural posing and he totally isn’t wearing shapewear.