Home » Movies » Robert Pattinson on the Liverpool Set of “The...

Robert Pattinson on the Liverpool Set of “The Batman” Robert Pattinson is back on set in Liverpool as Bruce Wayne for the upcoming (in the far future of March 2022) The Batman. Do we have thoughts? Just a few. 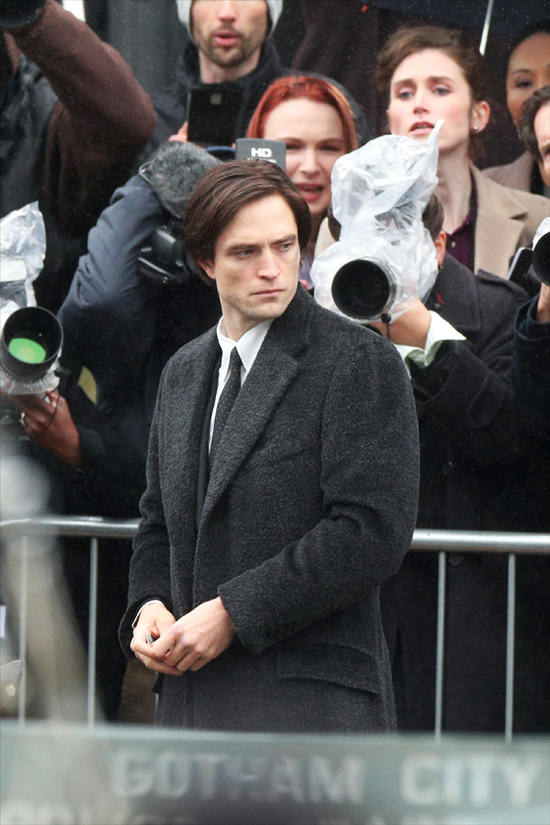 We think if there’s any point in the superhero movie genre continuing (aside from the ridiculous amounts of money these types of films made in the last two decades), it will live or die based on counter-intuitive casting. We’ve reached a point in our cinematic and televisual superhero stories where the traditional square-jawed muscle-bound white man character no longer feels central or even all that interesting. And while no one can take away Pattinson’s own square-jawed whiteness, we kind of dig the sort of creepy-goth take he’s giving the character. Bruce Wayne is one of the most over-portrayed characters in cinema and like his cousin James Bond, he’s reached a point of saturation where the idea of just casting the same old way feels retrograde. Obviously, we’re not getting a Black Batman any time soon, but we actually are looking forward to seeing a take on the character that highlights his innate creepiness. We’re getting a vibe that this is a creepy, weirdo Bruce Wayne who really does look like he’d spend his inheritance on toys to fight killer clowns rather than, say, building affordable housing or providing healthcare for the needy. And as far as we’re concerned, this is the only way to take the character (relatively) seriously in the 2020s – as a total wackjob.

Previous post:
The Daily T LOunge for October 12, 2020 Next Post:
Zendaya in Vintage Versace at the Green Carpet Fashion Awards