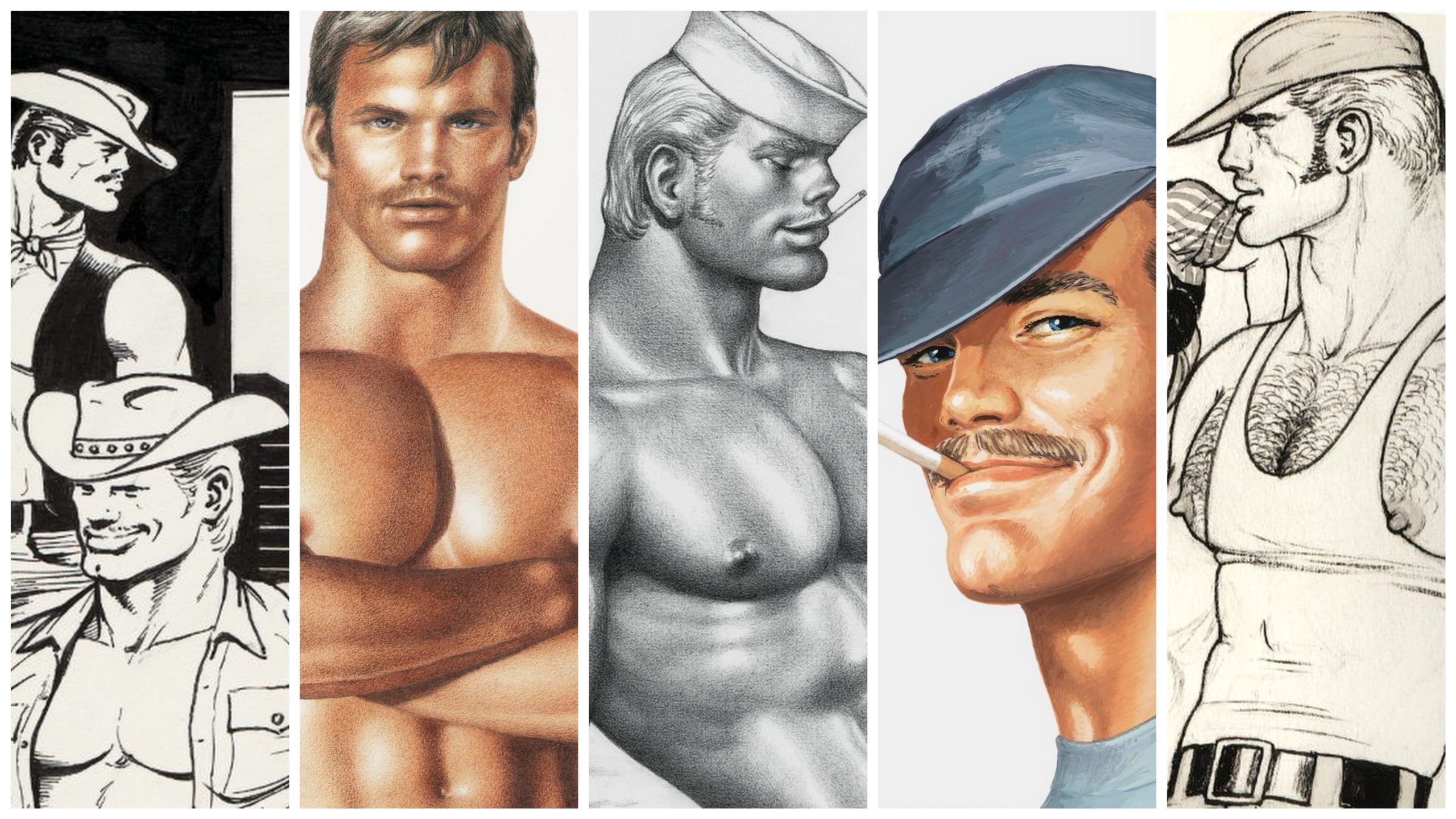 Last year, deep in the weeds of writing our book, we posted this on twitter:

Which might have given a random passerby the impression that our research revealed heretofore unknown things to us. Trust: when it comes to the oeuvre of Tom of Finland, we were extremely well-acquainted. In fact, we’d go so far as to suggest that the vast majority of gay men of the western hemisphere who came of age in the 20th Century have/had more than a passing familiarity with his work. In so many ways (all of which we outline in our book), Tom of Finland defined the dominant western gay male aesthetic of the last 70 years – and yes, it has remained fairly static in all that time. Tight jeans, tight white t-shirts, and black boots with either a leather jacket or a plaid lumberjack shirt have been the uniform of gay male socializing and erotica since the 1950s. In the seventies, it even got a name: the Clone Look, dubbed as such because it was so ubiquitous among fit young white gay men that any social event or establishment that hosted them wound up looking like a collection of clones. You can also throw the legendary Village People into the mix of cultural tropes and items that were influenced by Laaksonen’s work depicting much hornier versions of the disco group’s archetypal cop, cowboy, leather man, soldier, and construction worker figures. Along with J.C. Leyendecker, Bob Mizer, and a handful of other trailblazers and legends, Laaksonen established an aesthetic, a set of desires, and an identity for countless queer men of the last seven decades. Because what Touko Laaksonen’s work celebrated most for its original 20th century audience wasn’t so much debauchery or raunchiness, and it wasn’t even just the sense of freedom his tableaux and stories provided. Tom’s men weren’t just extreme representations of masculine sexual motifs enacting their desires openly in a world that seemed to be an approving playground for them; they were also joyously, ridiculously happy in their unrestrained gayness. They lived in a world in which nothing and no one stood in their way or registered their disapproval. Introduced to generations of queer men who grew up in a world designed to shame them and suppress them, Tom’s men were, in every sense of the phrase, the happiest fuckers you could ever meet. For more on Tom of Finland and his contributions to queer life, we of course recommend our book, but for a spectacularly curated overview of his work, we highly recommend the Taschen books. There’s also a recent biopic if you’d like to learn more about his life and times.