With a natural showmanship and a studied ability to harness the power of the Internet, Keke Palmer is defining millennial stardom one meme at a time. 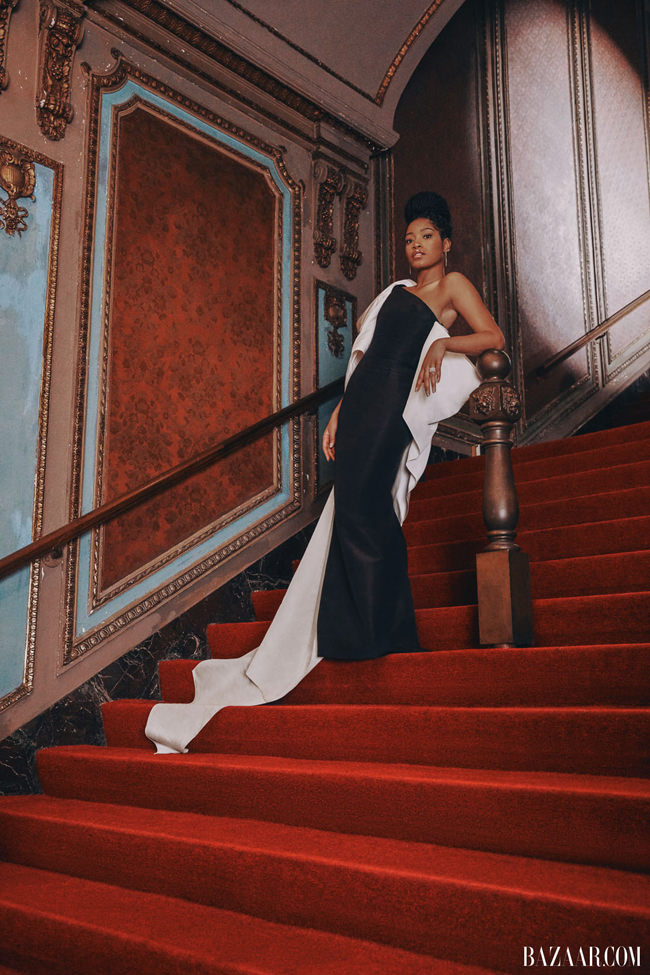 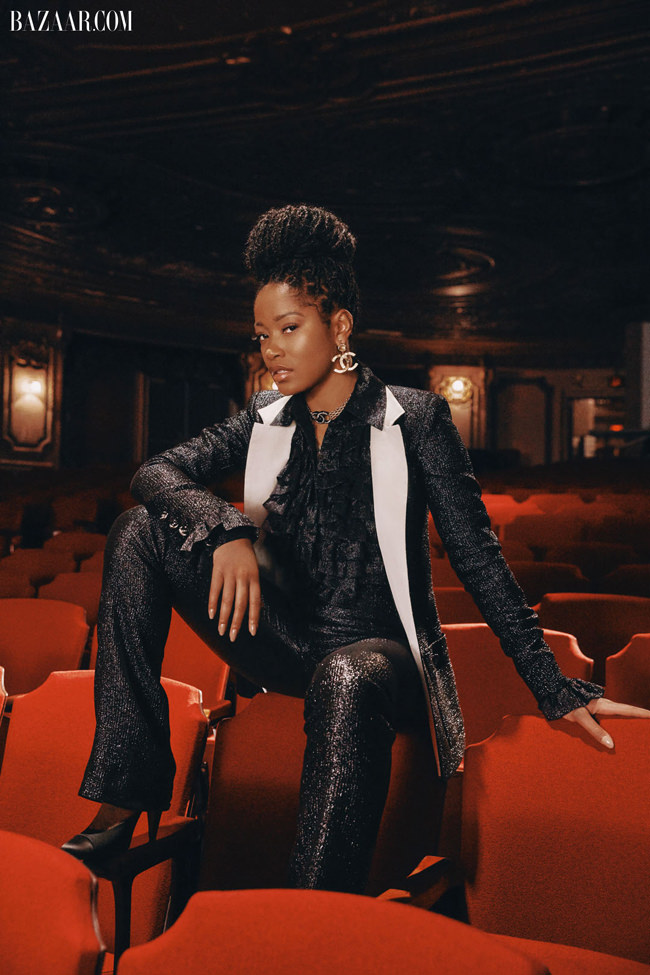 On why she loves memes: “I see memes as, like, a real way to feel seen. I know that sounds dramatic, but to me, memes are almost like our generation’s version of the comic strips in the newspaper. Not only do you get laughter, but you feel like, ‘I’m not alone. Someone feels the same way. Someone understands.’ It’s a brief moment where you feel a communal connection to a concept. Sometimes when I’m in a bad mood or if I’m feeling an emotion, I’ll put the word in, and I’ll add meme, and I just read all of them to make myself feel better.”

On growing up in Illinois and attending St. Benedict Preparatory School: “…where you’re maybe the only minority kid in your class. I think that was the first time that I realized, ‘Oh, is there a different dialect?’…All I ever cared about was being able to articulate myself, having a strong vocabulary, so I can read people, without curse words.”

On Jennifer Lopez’s Oscar snub for her performance in Hustlers: “Honestly, I feel like everybody deserves their respect and their opportunity to be acknowledged in that way. But I will say that the way my mom raised me, when it comes to the arts, the point isn’t to be validated by the [awards] acknowledgements. So I felt like the fact that [Lopez] wasn’t nominated didn’t take anything away from her performance. To me, the win was the fact that people got to see it and receive the emotion, the feeling. That was the reward.”

On having limits to how much of her private life she’ll share publicly: “I don’t really do relationship stuff online, mainly because I don’t know how I would do it without looking, like, cheesy or something, you know? Yes, I’m a hundred percent authentic, but there is stuff that I do save for family and friends. I do have a Finsta. Sometimes I forget to post on there, ’cause I do post a lot of real moments and raw moments on my main Instagram page. But at the same time, when it comes to romance, [posting about it] doesn’t really come naturally to me, so I feel like, why force it?”

On second guessing personal relationships: “I think a lot about, like, Does this person really like me for me? And it’s not just romantic relationships. It’s friends too. That wavering, that’s the most traumatic thing about fame. And that can really tear at your self-esteem if you let it. ’Cause the reality is you really might be a great person, you really might be that fun to be around, you might be that lovable, but because you’re always having to protect yourself from what people may want from you, you can’t even embrace the fact that maybe it’s all true.”

On what she is up to while Strahan, Sara and Keke is temporarily on hiatus due to informational COVID-19 coverage airing instead: “So obviously we aren’t currently working, which sucks! I miss our crew and Michael and Sara. However, it does free some space up in my head to play around with ideas that I haven’t had the chance to get around to. Now that I’m chained to the house, I have no other choice but to find fun ways to stay active and creative! If you’re looking to be entertained for a bit, check out my Insta. I’ve turned it into my own daytime talk show!”