With the Oscars in her rearview mirror and most of the rest of the nominees and winners hibernating at the moment, Cynthia Erivo continues serving it up on the red carpet. For which we are thankful, but still judgmental. We are large. We contain multitudes. Of judgy people.

Cynthia Erivo in Prabal Gurung at the NAACP Image Awards And right out of the gate, it’s NOs all around. Don’t love the bustline, the colors, the shape, and especially the giant bag of flowers inexplicably hanging off her. The whole dress looks like nothing more than a series of bad design choices. The jewelry’s nice at least. 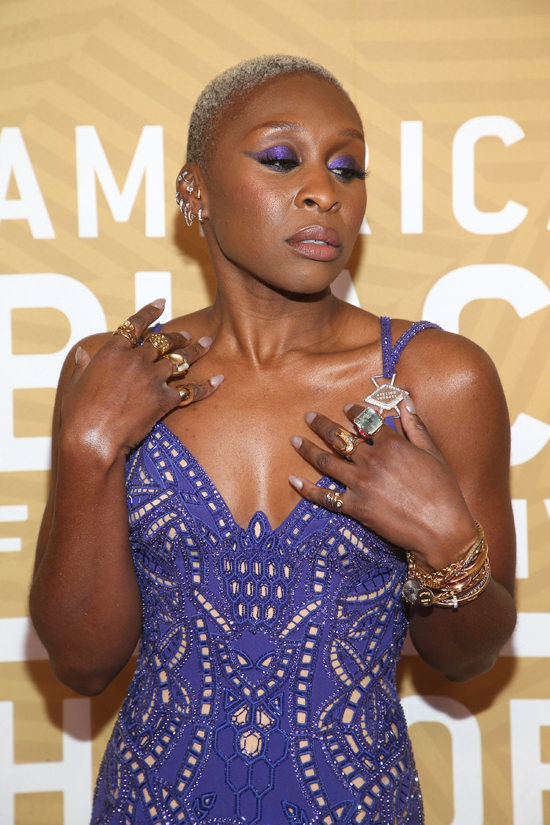 There is such a SERIOUS issue with the mismatch of the lining that it ruins what would otherwise have been a pretty spectacular look for her. Are we off-base here? Does that not look like “nude” lining for a white, or at least much paler wearer? If you’re going to leave the legs completely unlined, then it makes sense to see the entire dress as a nude illusion. If you don’t see the dress that way, fine. Line it in any color you want, but extend it to the floor if you’re going to do that. This just leaves an odd and hard-to-ignore effect that kills the whole look dead.