Not that we’ve ever truly had any serious issues with it, but we’ve really come around on Miss Tracee’s style of late. The trick is accepting two things at once; two things that might seem a bit at odd with each other. 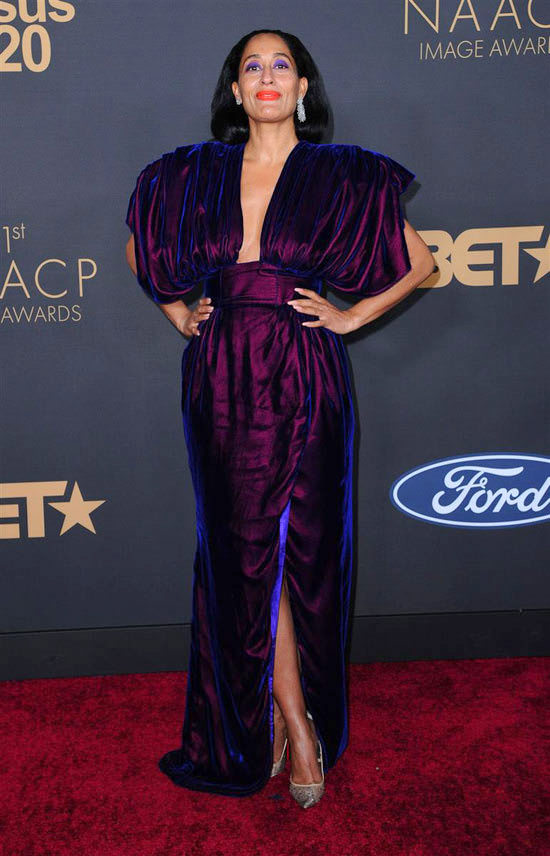 You have to accept that she is genetically predisposed (if not outright predestined by birthright) to working the hell out of big, dramatic, regal, diva-appropriate fashion while at the same time accepting that she is, unlike her mother, temperamentally predisposed to both a Boho approach and an underlying sense of absurdity in her style. She likes drama, but she also likes to get a little goofy and out-there about it. We also tend to think this explains why she doesn’t unleash the full effect of her Ross head of hair as much as you might expect her to. So many of her style choices, including this one, would benefit from an explosion of diva hair topping it off, but she’s done the hard work of becoming her own sort of star and we think she’s inclined to go her own way on things as much as possible.

Anyway, we love this, even though the bodice is kind of massively oversized and the shoes look a bit underwhelming.