Oh, it is well past time to the 91st Academy Awards fashion to bed for good, wouldn’t you say? We still have afterparties and pre-parties to get to, but the red carpet on the main event can be considered officially closed by the end of this post. If you need catching up on the looks already covered, by all means, have at it.

Shall we, then? Judge? Aside from Billy Porter’s stunning take, this is one of the best tux-dresses we’ve seen yet. It evokes lapels and cummerbunds, but takes them in totally womenswear directions. And it looks amazing on her. We’d like it a lot more if the backing color was black or navy blue. Loved this. We’d like to see more ruffle action in the ladytux arena. It’s a classic look and it’s perfect for a womenswear take. We LOVE the idea of this look but the fit is terrible and the pussybow is just too large for her frame. We would have loved to have given this the spotlight because it was one of our favorite looks of the night. Total Joan Crawford realness with an updated do. We’re surprised by how much we love her as a brunette. It’s pretty but kind of forgettable, no? She’s doing her best with it, but this dress is hellaciously overdesigned. It’s slightly different from the norm and she looks great in it. The necklace is stunning but it clearly clashes with the dress. Didn’t love this. Feels like a throwback and it does nothing for her. She’s much better with more severe, angular fashion. We love this. She looks like she’s a damsel in some gothic British horror film circa 1970. She knows exactly what her look is and she gets it exactly right every time. He looks fabulous, but we honestly don’t love the shape of the hat. Her dress is … well it sure is something, alright. It’s pretty, but the waist sits a skosh too high. The silhouette obscures her. It’s not winning any style awards, but this is probably the best Michael Costello red carpet look yet.

Richard E. Grant in Brunello Cucinelli (with his daughter Olivia) Absolutely flawless look on him. 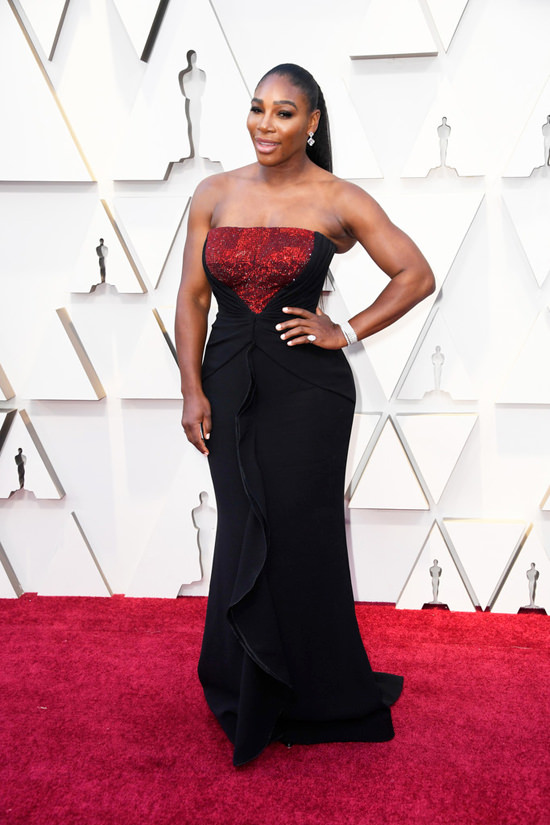 The fit is superb and ridiculously flattering. We weren’t sure about the red beading at first, but we came around when she was presenting. It looked great onscreen. It may not be jaw-dropping in its design, but it’s flawless and it looks amazing on her. Good style can be about staying in your lane as much as it can be about self-expression and risk-taking. It’s all in how it’s pulled off.