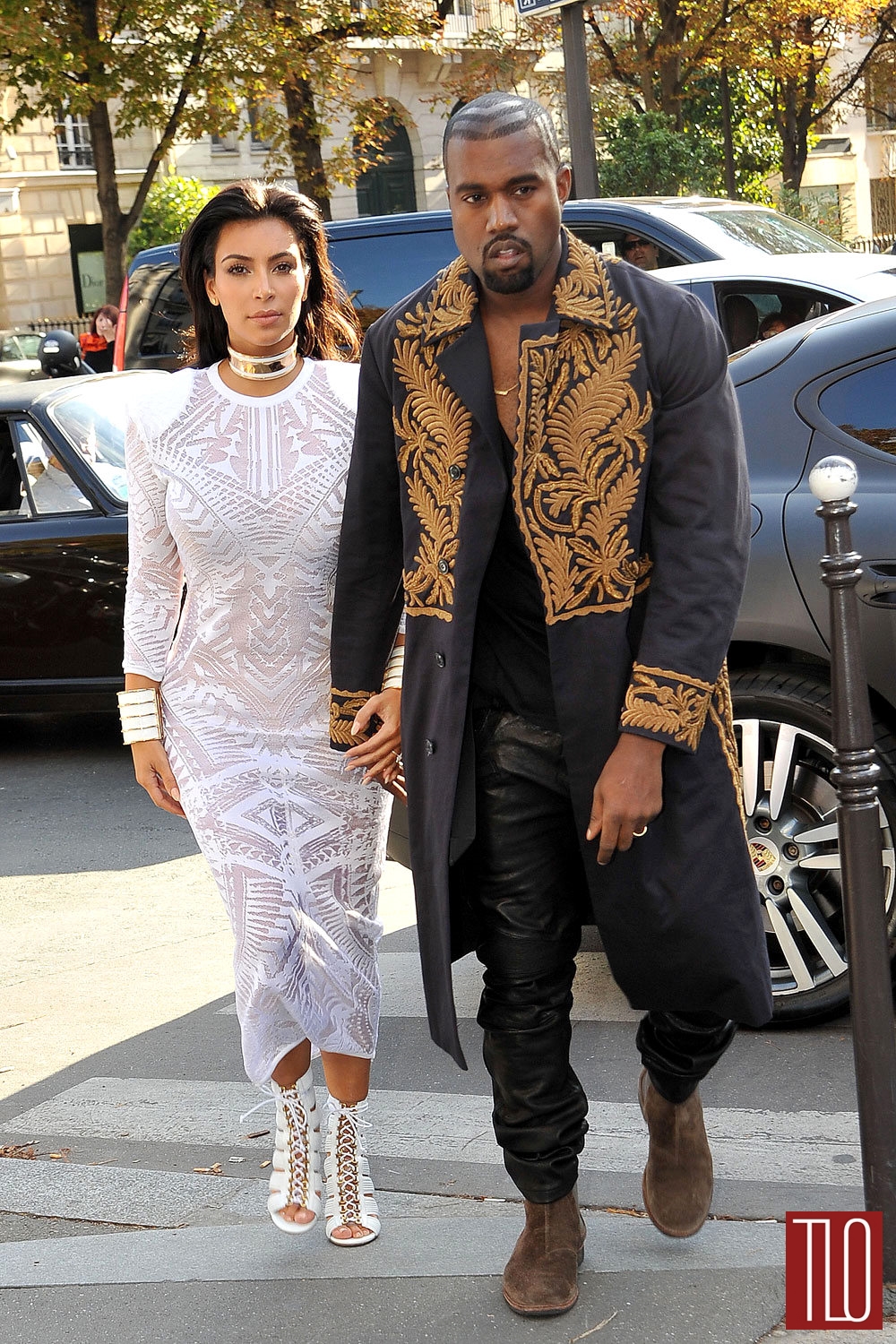 Sartorially speaking, there’s nothing particularly “wrong” here. She’s essentially wearing the Kardashian uniform – skin-tight and sheer, with remarkably poorly chosen accessories. They all dress like this in this family, all the time. Everyone at Kardashian, Inc. should get little embroidered name patches, like they work in a gas station or something.

Seriously, why does no one talk about the fact that if there’s a wrong shoe or piece of jewelry to pair with a dress, Kim will go straight for it? Granted, they give us so much else to talk about.

He looks okay, actually. Like the music star he is.

Herein ends the vaguely complimentary portion of this post. Prepare yourself for KLEAVAGE. It was only a matter of time before he started getting jealous of the attention she gets for her style choices. If the world wants to see his wife’s boobs then the world should also want to see his boobs. That’s just the way of things. The West way. He’s just trying to yank a little of that Kardashian Kleavage spotlight on himself is all. It’s totally healthy and normal. They’re so going to grow old together, because of their mutually respectful marriage, humility, and tight bond. Just look at all the love in these pictures.

Aside from their wedding day, does anyone recall seeing pictures of them actually looking at or acknowledging each other in any way? It’s always the two of them side by side, facing forward and seeking out the next camera flash with facial expressions that range from blank to miserable. You look at other mega-couples, like Brangelina or Bey & Jay, and there’s no question that they’re crazy about each other.

Previous post:
Chris Pratt in Ted Baker London on “The Tonight Show Starring Jimmy Fallon” Next Post:
How To Get Away With Murder