A Gwynnie street sighting is a rare thing, kittens. Let’s all creep up on it quietly, downwind, so as not to startle it. 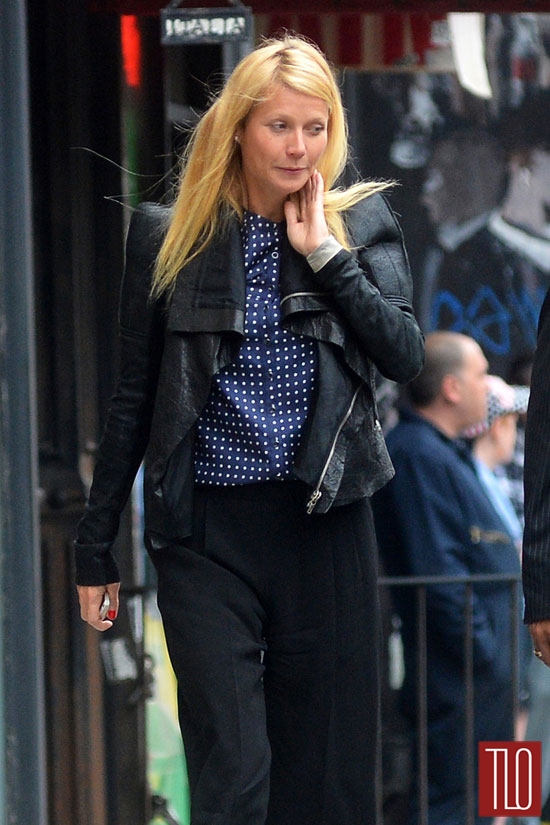 Since she’s leaving an Italian restaurant, we’re going to go on the assumption that these are her Eatin’ Pants (with a tip of the hat to Margaret Cho, for coining the term “Eatin’ Dress”). We all have a pair and you know it. They’re the pants you put on when you’re depressed (check out that hair) and fixing to put away at least a pound of pasta in one sitting. We have no issue with Gwynnie’s pants, seen in that light. But there’s simply no excuse for pairing them with those booties, girl. Come on, now. That’s just crazy, girl. Go home, put on your Snuggie, and give your hair an olive oil treatment. You’ll feel better tomorrow.

That jacket looks way too “’90s mall wear” for us to get excited about it.