Other Oscar winners may be gallivanting around Paris in ridiculously chic outifts (and possibly having torrid affairs that will almost certainly cause Tumblr to burn to the ground should they ever be confirmed), but McC is keeping it real. 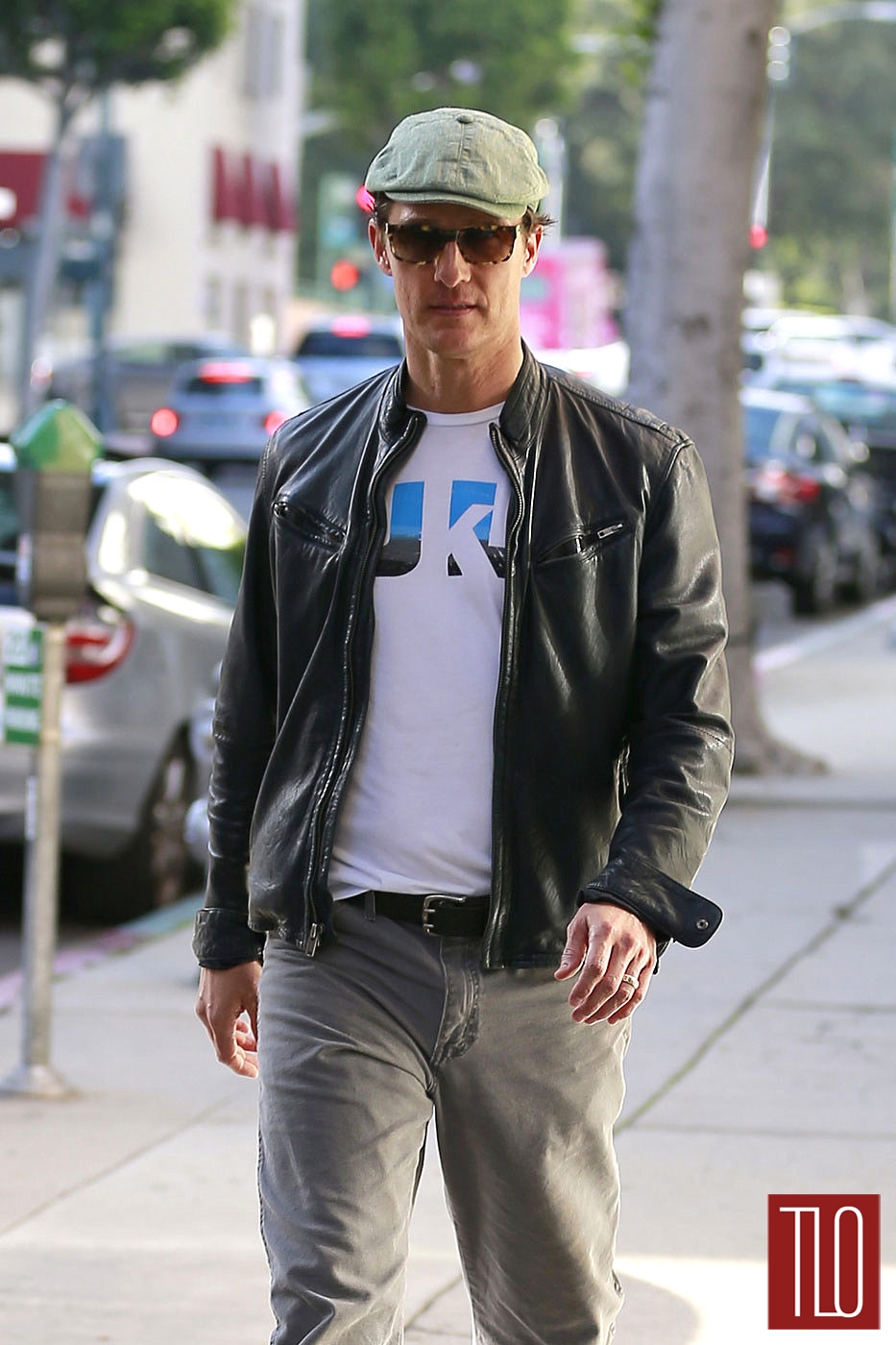 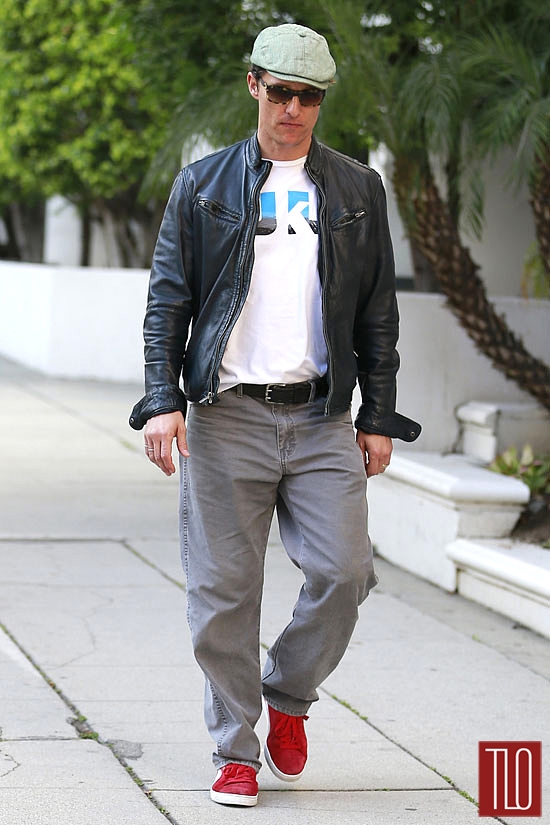 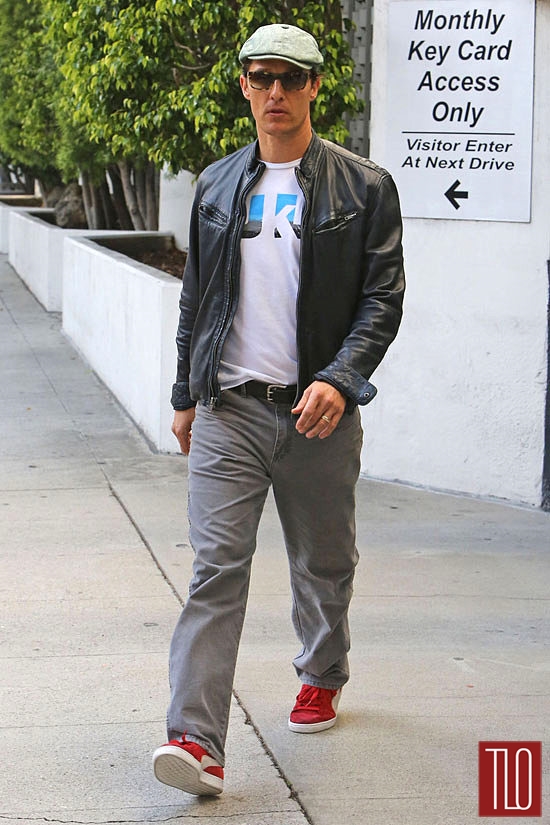 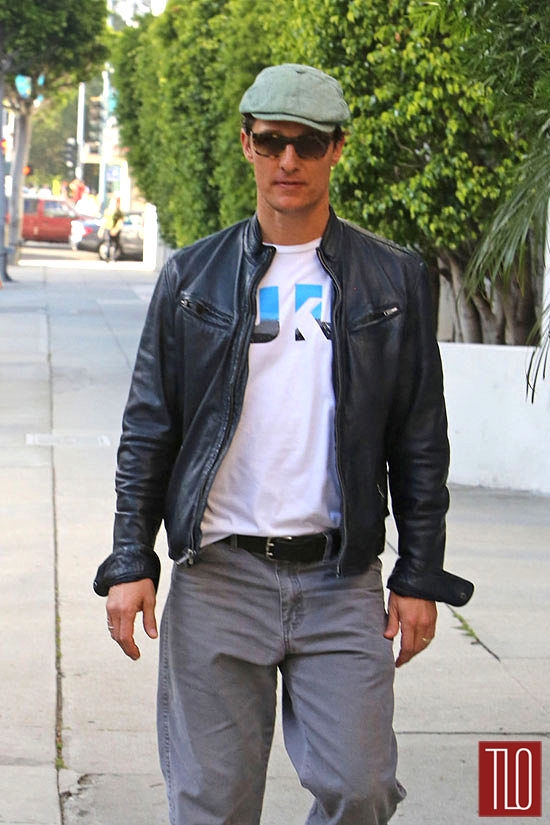 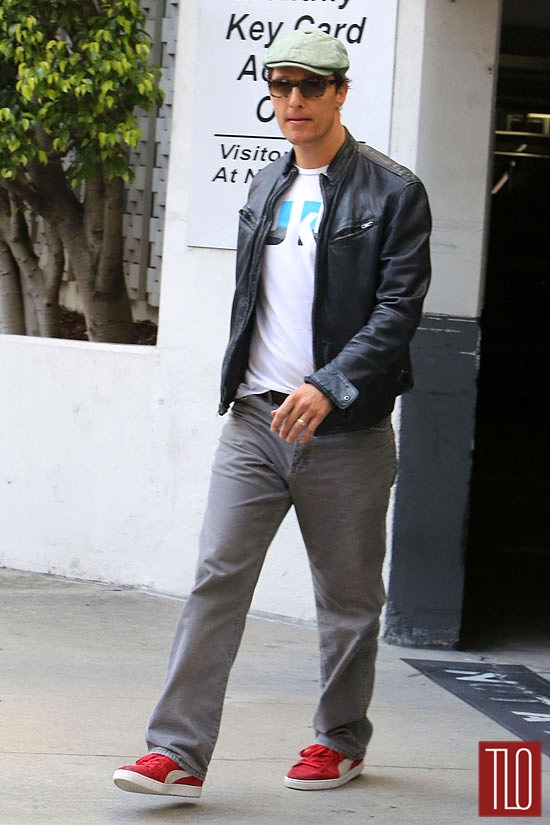 No Oscars here. Just a dude in a dorky hat. That’s actually kind of endearing and refreshing after the succession of Vegas Pimp outfits he deployed for his awards season poledance.

Also: If you haven’t seen True Detective on HBO, we’re gonna go ahead and  give it our highest recommendation. In fact, Tom rewatched episode 4 (for at least the 3rd or 4th time) last night and when that final shot crashed to black, he turned to Lorenzo and said, “GodDAMN. That is, by far, the best hour of television I’ve seen all year.”  It’s really as good as people say – although you should, in our opinion, ignore most of the more bizarre and occult theorizing out there. It’s fun to delve into, but you shouldn’t confuse imagery with narrative.

He’s pretty much a lock for an Emmy next year. In Dallas Buyers Club he was a cornered animal, all wild-eyed and fearful, but beautiful in his desperation and willingness to fight for life. In True Detective, he’s mesmerizing, like a cobra. When he goes off on one of those metaphysical monologues, you just can’t tear your eyes away. The sad part is, he’ll probably be nominated against his friend and co-star Woody Harrelson, who’s also giving a career-redefining performance.

Previous post:
Yea or Nay: Moschino Fall 2014 Accessories Next Post:
Shailene Woodley in No. 21 at the “Divergent” Toronto Premiere