Jude appears to be somewhat bad at keeping his emotional state off his face. We’re not sure we’ve ever seen so many facial expressions on one person in one day outside of an acting class. 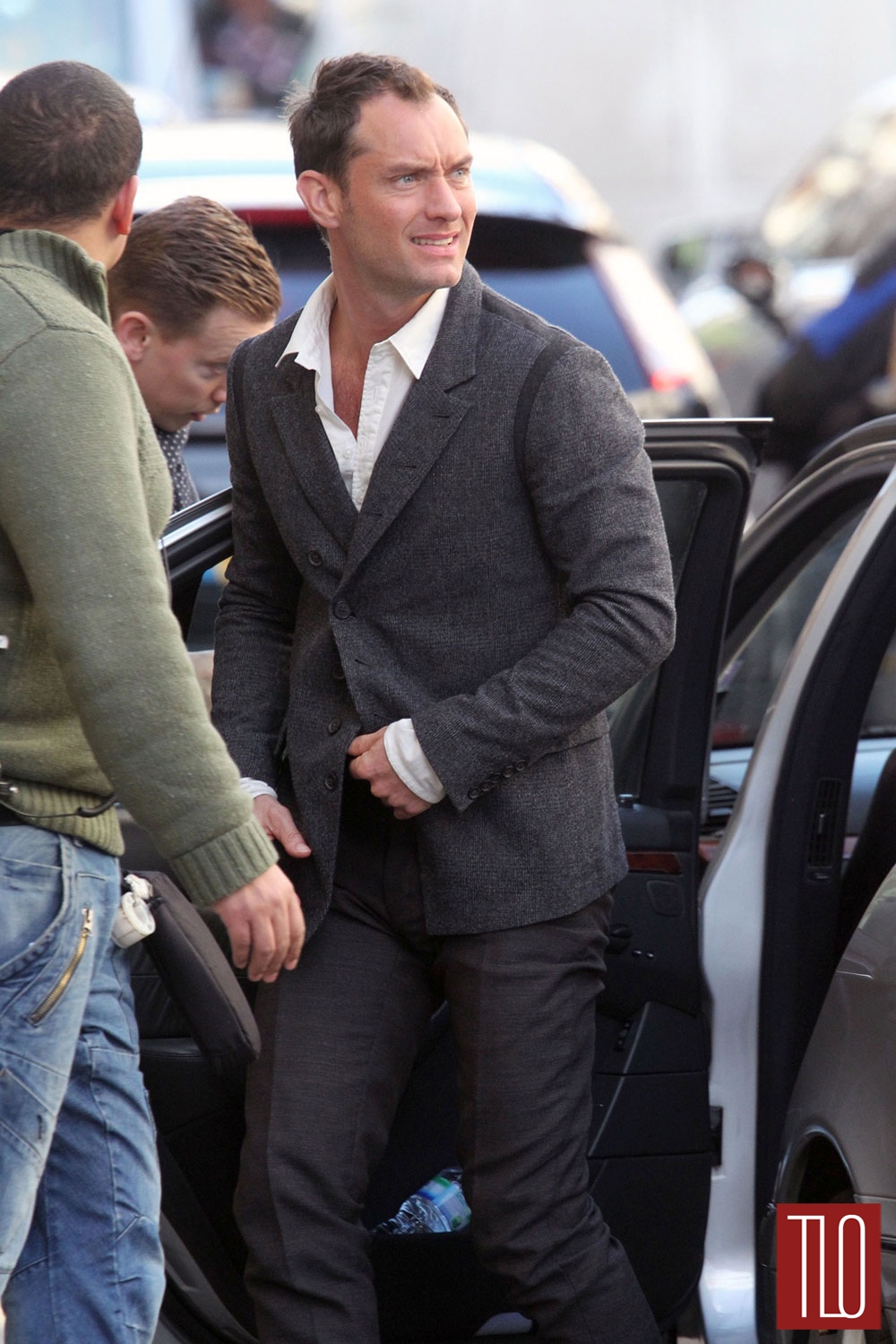 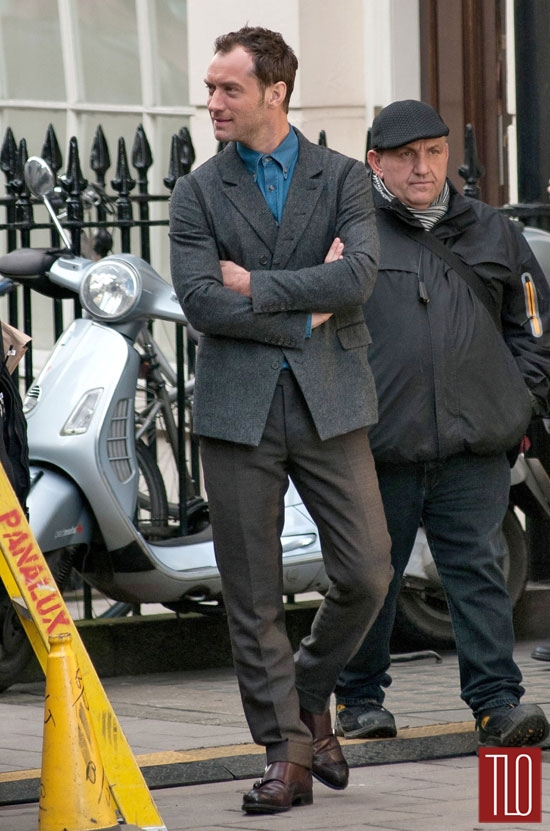 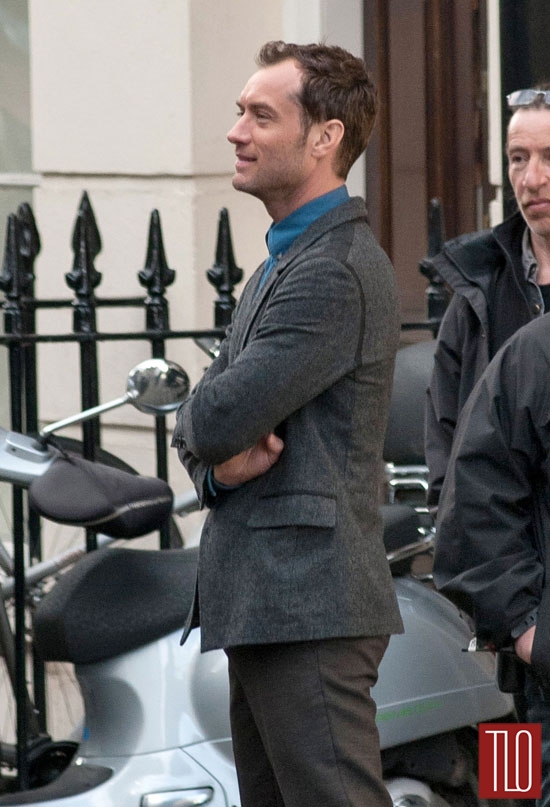 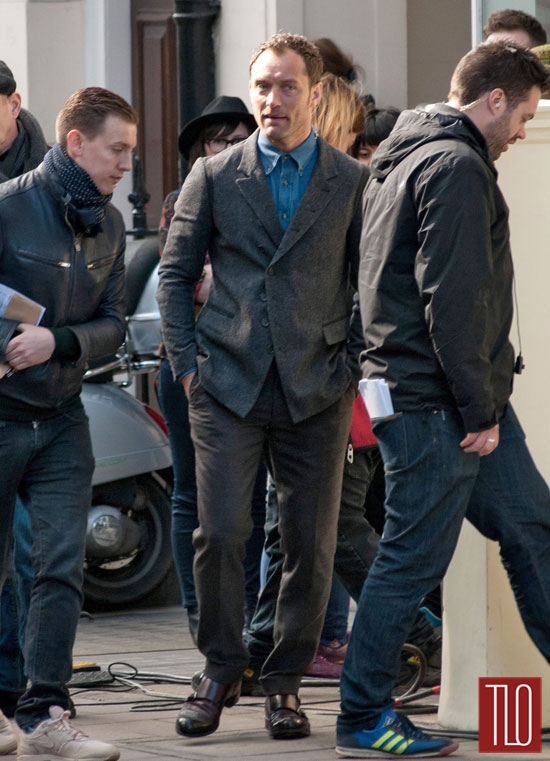 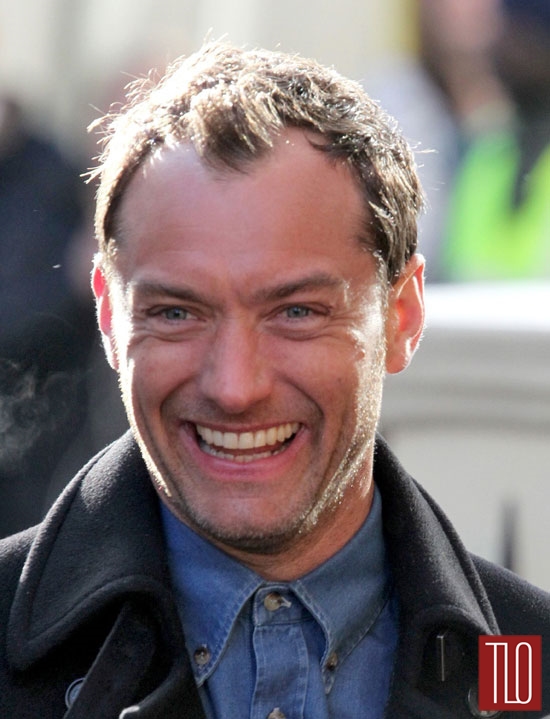 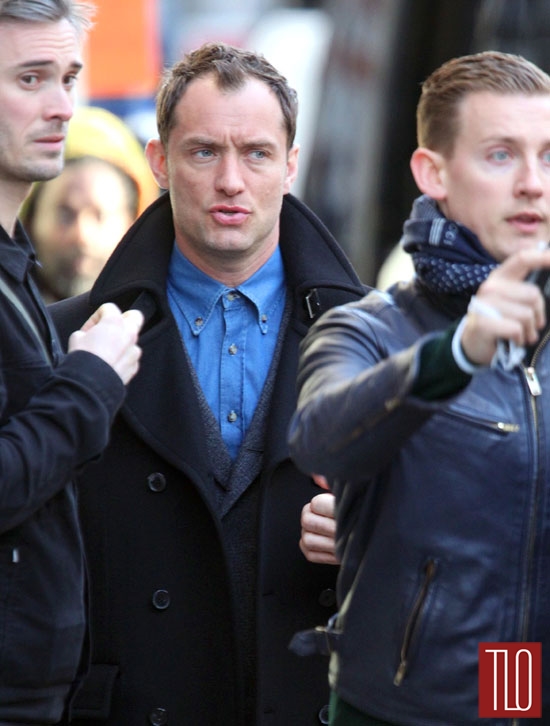 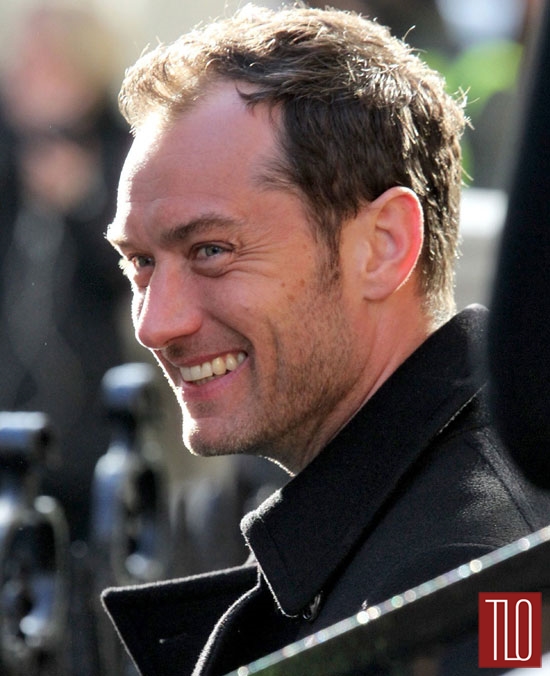 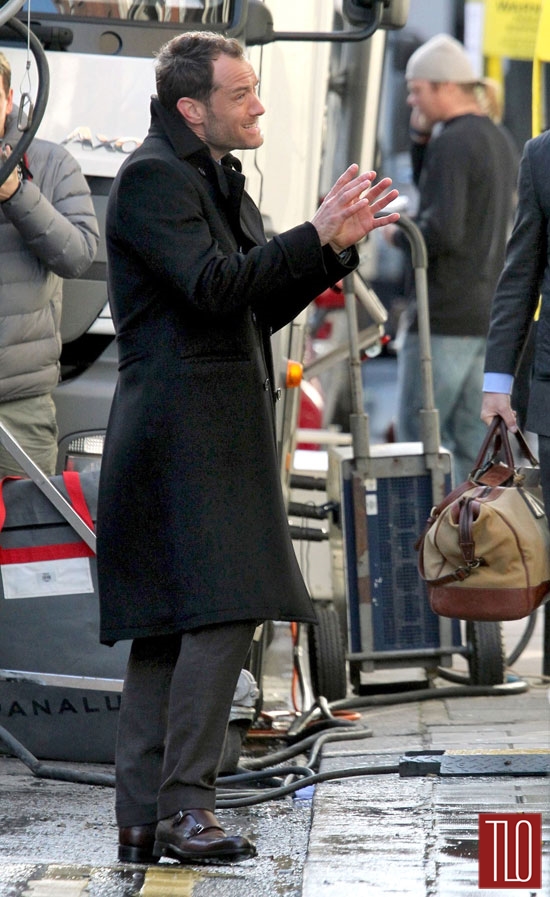 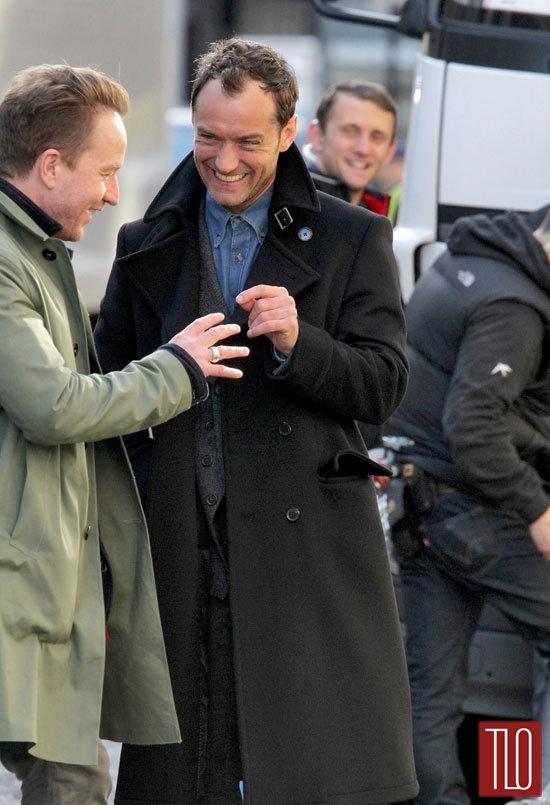 Who knew shooting commercials could inspire such maniacal glee in a person?

We hope it’s not an ad for the clothes he’s wearing, though. The coat’s very nice, but the rest of it makes him look like a pig farmer on Downton Abbey.