Darlings, the hour is late (metaphorically speaking) and our whirlwind week of attending fashion shows is causing us to neglect our blogging duties. Can you all forgive us for being so fabulous? 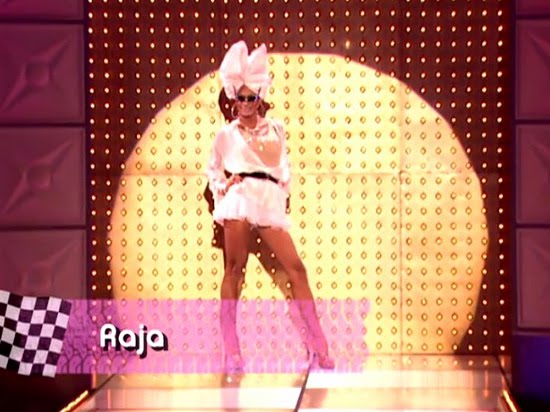 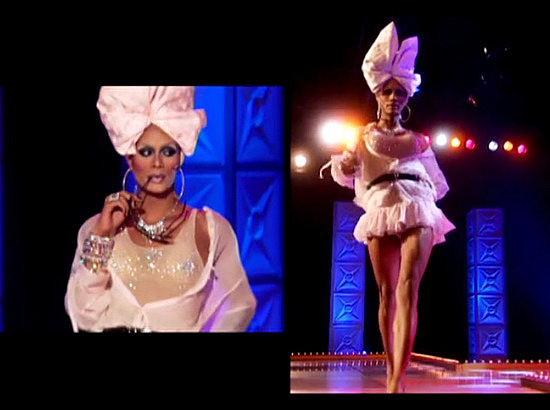 As always, she brings style – real style, like you would see in a fashion editor or stylist – to the runway. She does tend to sacrifice conventional prettiness along the way, though. 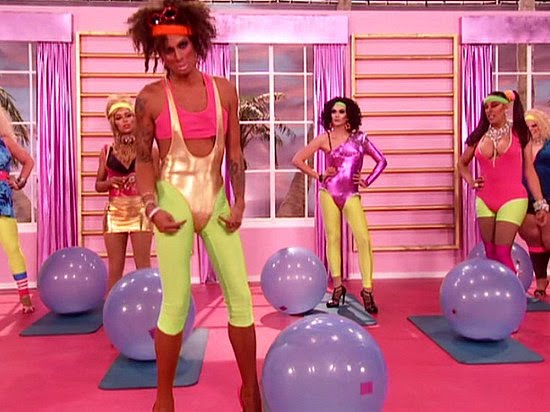 We guess there was some comedic value to this look and performance, but she mostly looked grotesque. 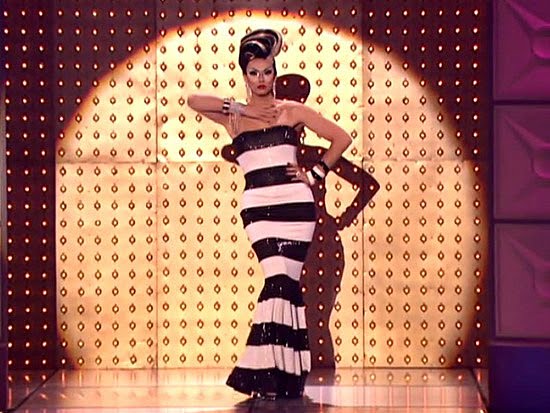 Stunning. Just look at that otherworldly creature of glamour, darlings. That is how it’s done. We love that the hair, dress, and accessories are perfectly coordinated. Matchy-match? Maybe, but she looks ridiculously amazing. 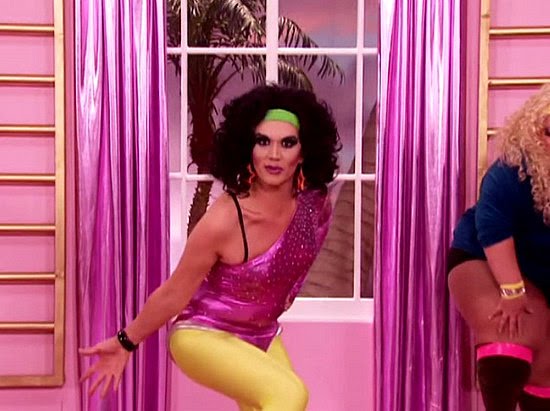 And while she has admirable comedy skills and an innate sense of fun, she didn’t exactly wow in the video portion. 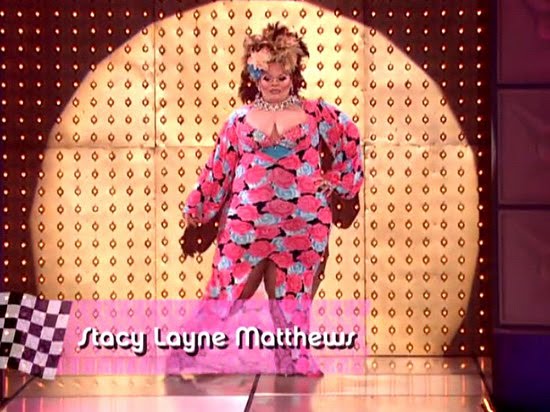 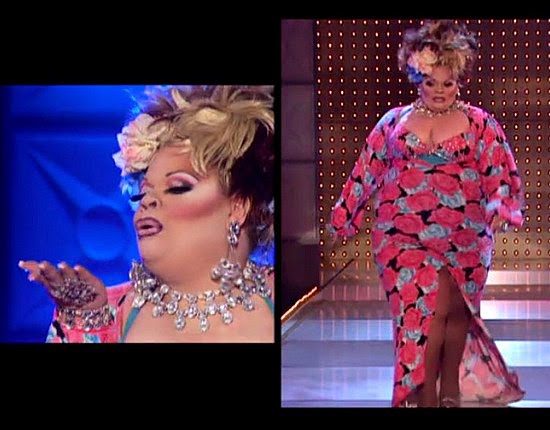 It seems to us that Stacey Layne is of the “put on a dress and makeup and walk” variety of drag queen. Because while she looks damn good here, she doesn’t seem to know how to do anything else that’s being asked of her. 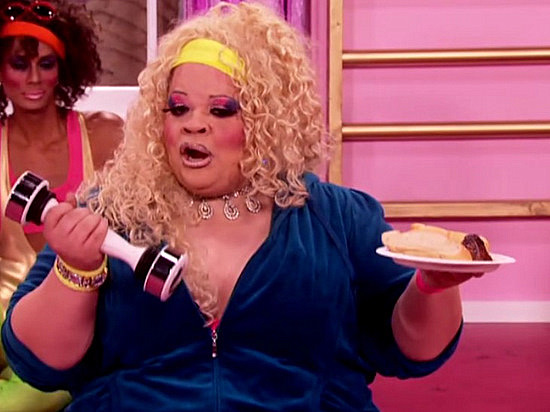 Even her video performance, which was good and rightly acclaimed by the judges, seemed to be something she stumbled into.

We’re not saying she’s our pick for the win (because to be honest, we’re not sure who is), but it would have been nice for the judges to give it to her since they seemed to love her performance the most and she brought it to the catwalk in a big way. 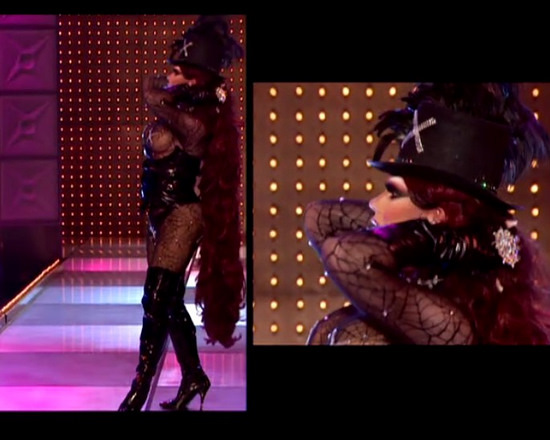 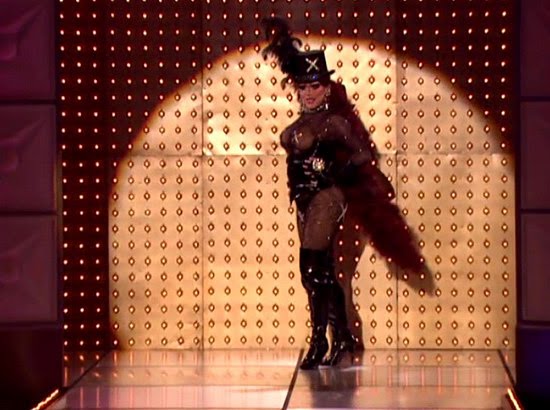 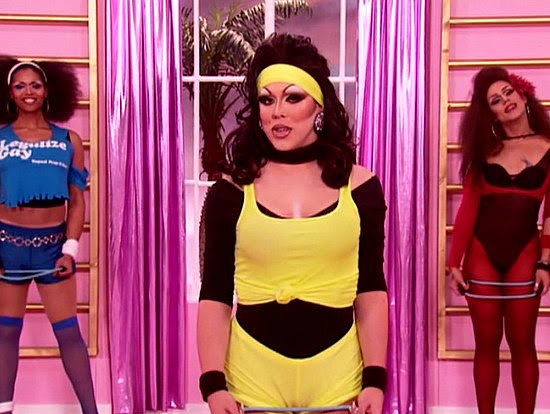 Totally generic, if you can use that word to describe a drag queen. She’s draggy enough and glamorous enough, but she looks like a thousand other drag queens and as far as we can tell, she has virtually no personality at all. 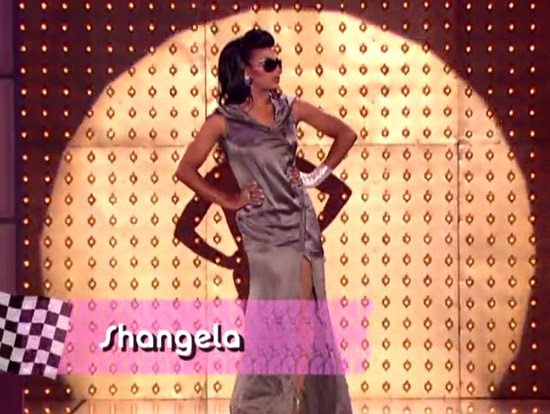 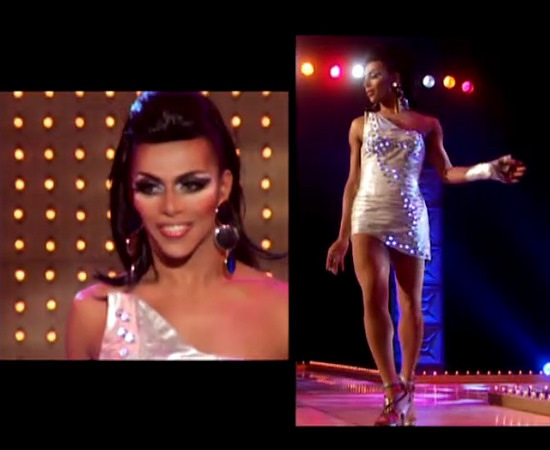 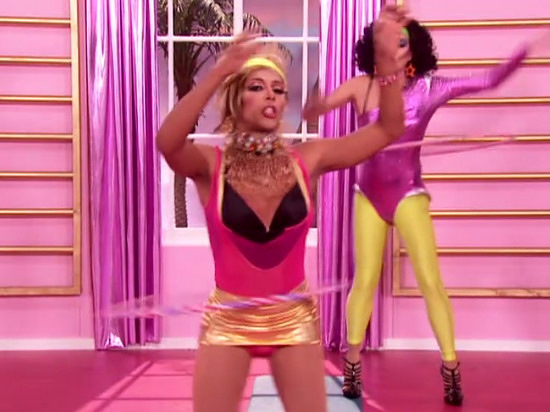 Shangela, on the other hand, has a surplus of personality and we’re starting to understand why Auntie Ru keeps fussing over her. It’s because she can do glam (although a somewhat messy and unpolished version) and she can do comedy. She’s often too much to take and we’re sure half the room wishes she would shut up half the time, but her “Halleloo-Hoop” bit was genuinely funny and she can think on her feet, which is a quality Ru likes in her girls. 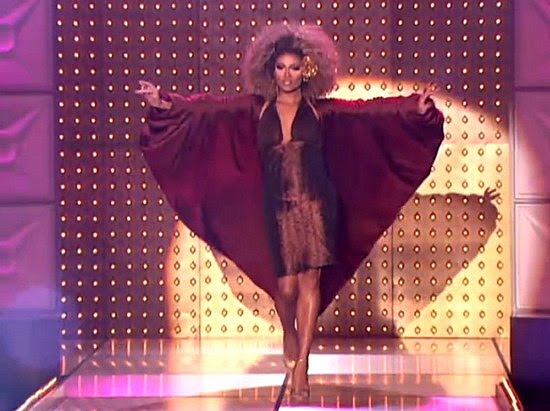 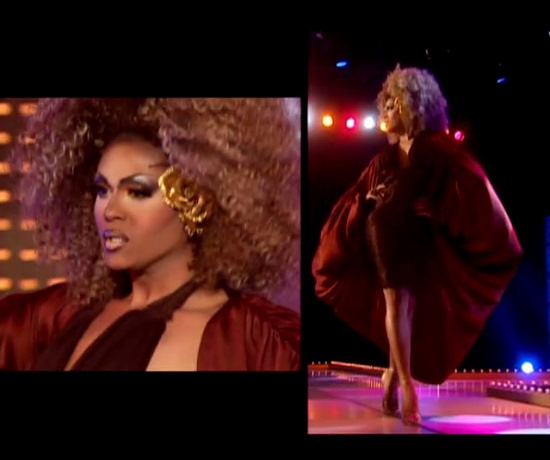 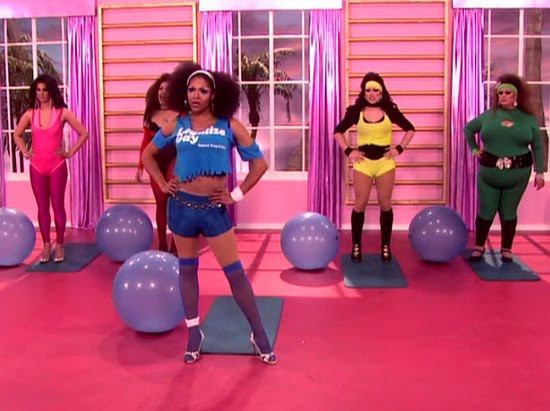 We hate to say it, because we think she’s one of, if not the, most glamorous of the girls this season, but she’s another one who’s becoming increasingly generic over time. She usually works a fantastic look, and this week’s catwalk look was no exception, but she’s not really bringing it to the performing challenges and she easily gets overshadowed by some of the louder girls. 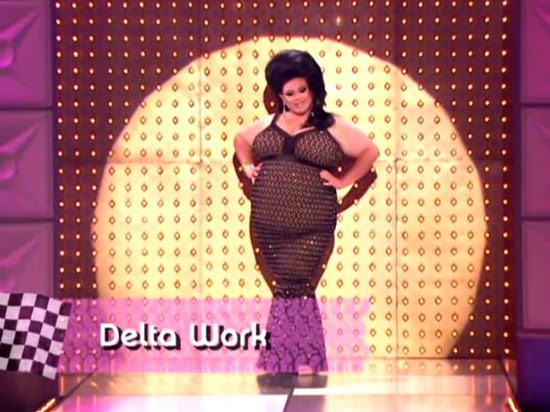 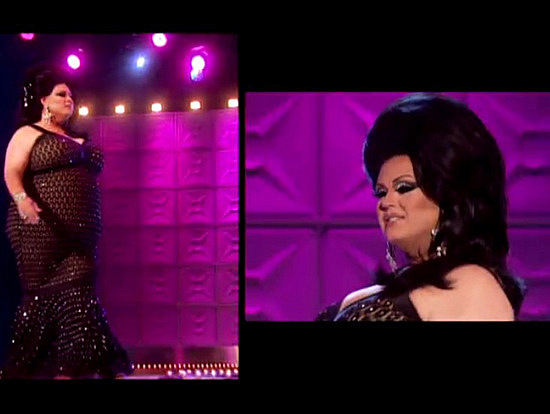 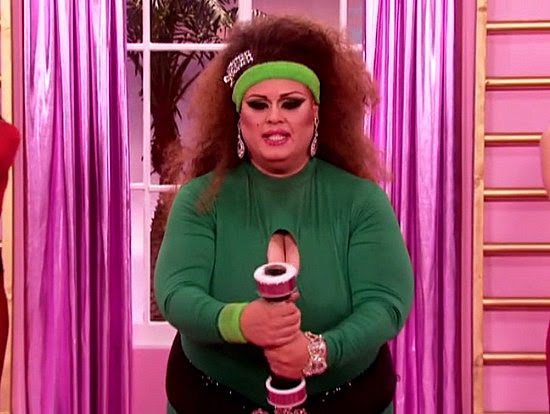 Delta’s interesting. In costume, she’s incredibly glamorous and shows a wit and personality. Take away all the accoutrement and she becomes a shy, kind of sour man who could work in a bank for all we know. We realize how tough it is to be a big girl in a competition like this, but she knew it going into it and besides, as far as we can tell she’s doing fine. She needs to cheer the fuck up and hit the ground running on each challenge because the judges like her and she’s got a shot to be the first big girl to make it to the finals.

Her performance was funny, but we have to admit, we didn’t realize until she walked out on the catwalk looking like an extreme version of her that her name is a play on Delta Burke’s. Love the dress and wig. 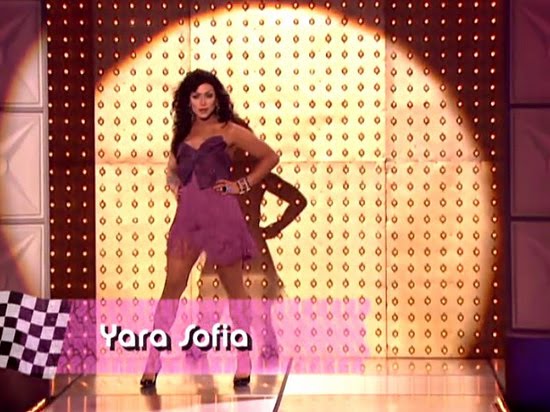 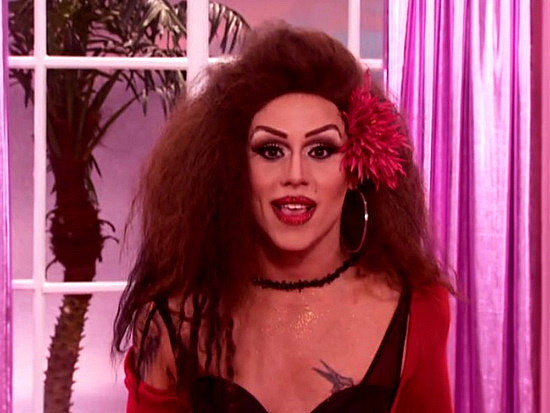 Yara is definitely the comedian of the group. There are a couple (or more) truly funny girls, but her video performance sealed the deal. She managed to be part Charo and part Joan Rivers at the same time. Unfortunately, she has the worst look of any of the girls. Her makeup is too harsh and doesn’t flatter her and some of her wigs are awfully raggedy looking. Also, she needs to ditch the pale contacts. They’re too freaky on her and too many drag queens rely on them. 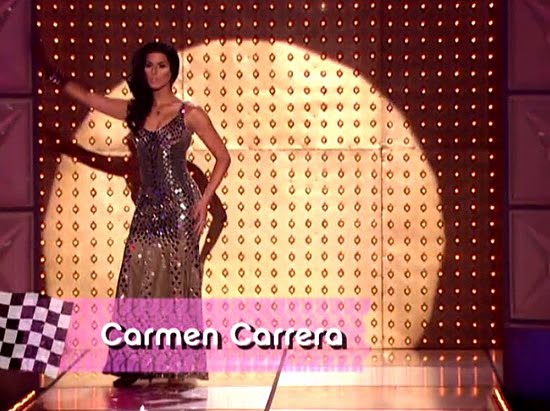 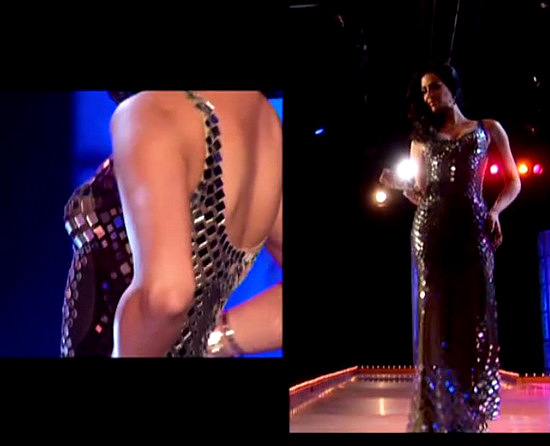 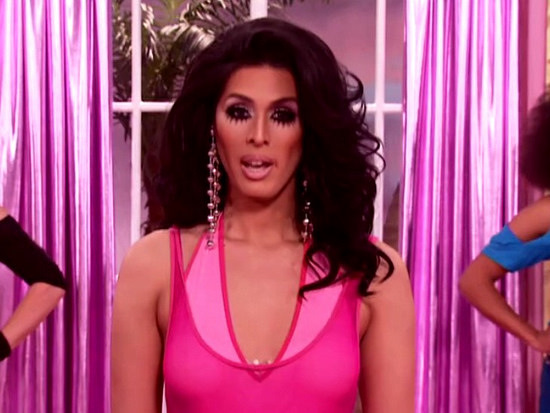 A very pretty girl with no personality or discernible skills. She’ll go far.