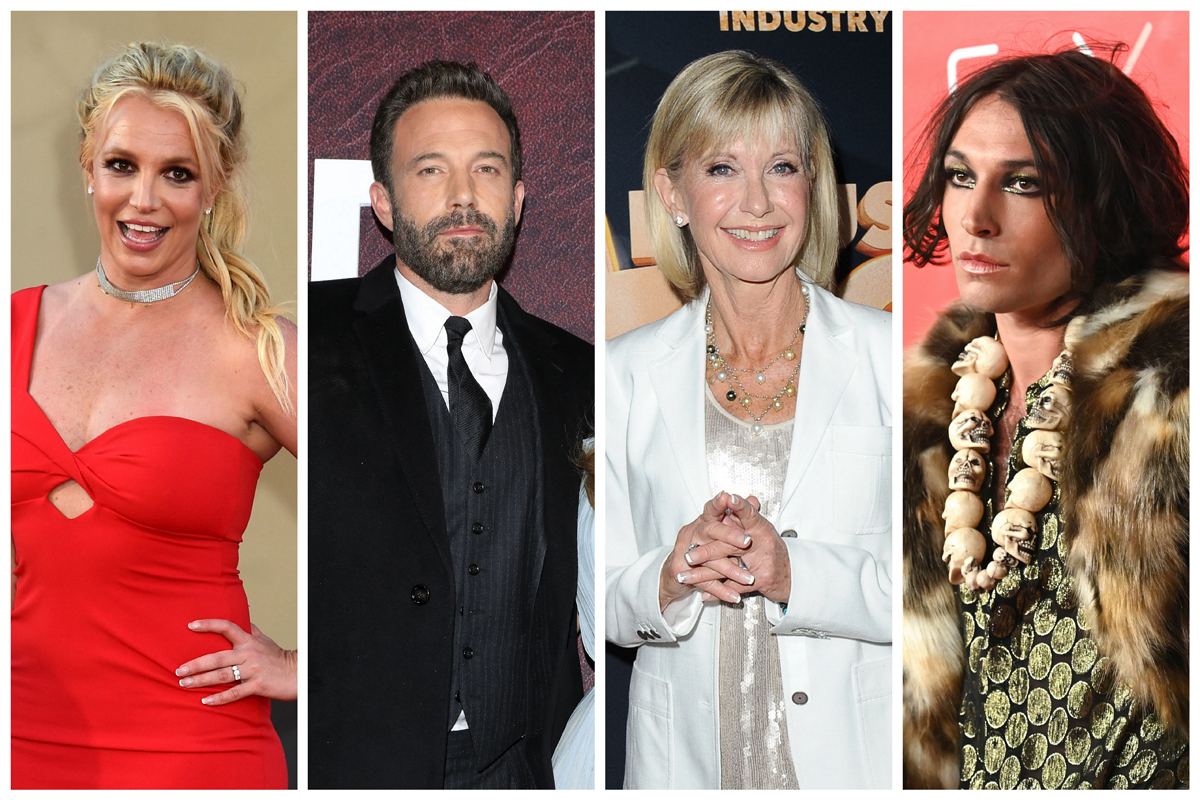 Since there’s not a whole lot going on the cultcha at the moment (typical late summer slump), we decided to flip on our mics and talk about all the sad stories coming out of celebrity land this week. Of course we had a thing or two to say about the passing of Olivia Newton-John, including a bit on her importance to the gays and the parts of the public outpouring of grief that pleasantly surprised us.
Then we take a moment to talk about the tragic end of Anne Heche, who was still clinging to life when we recorded. After that, it’s a look at the latest Britney Spears mess regarding her kids and her ex, Kevin Federline, with the conclusion that… we can’t come to a conclusion on it. We take a moment to defend Ben Affleck a little from some of the ridicule he routinely gets and point out the one thing we think the public never gets right about him. Moving on to the insane mess that is Ezra Miller at the moment, we unpack exactly what’s been going on with them and why Warner’s commitment to keeping his Flash film on the schedule is so appalling, given the cancellation of the Batgirl movie.

All of that, plus brief reviews of Uncoupled and A League of Their Own.

Thank you once again for listening, darlings! Oh, and if you hear us laughing uproariously at five or so minutes into it, it’s because Lorenzo accidentally triggered all of this background music on the recording, but fortunately, you guys can’t hear it. Unfortunately, we sound like we went crazy there for about a minute or so.