Westworld star Ariana DeBose hit the Tonight Show set looking great and carrying a list of things to get off her chest. We’ll start with the shallow part. 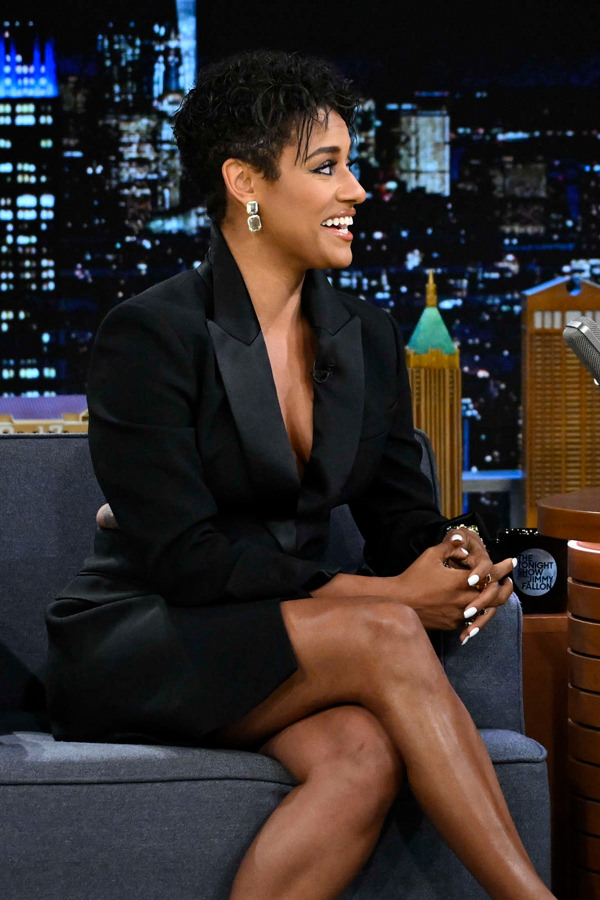 We don’t think that side cutout is being particularly friendly to her, but it’s a really cute take on the ladytux and we LOVE the jewelry, which glams it up considerably. The shoes are the perfect pop of style and color, highlighting her legs without being distracting about it. It’s a pretty spectacular look overall, we’d say. But for once, just this once, we’re going to suggest that what she wore is less discussable than what she said.

“I’m Black, I’m Afro-Latina, I’m a woman and I’m queer. My country is at war with me.” We’ve never been of the opinion that celebrities should not be allowed to express their opinions about politics, but we think it behooves anyone who wants to use their platform to make a political point to be well-informed and articulate on the subject. That has got to be one of the smoothest heartfelt declarations of political beliefs and calls to action we’ve ever heard come out of a celebrity’s mouth. She could quite easily transition into a career in politics if she wanted to, but we suspect she’d do more good as a celebrity advocate.