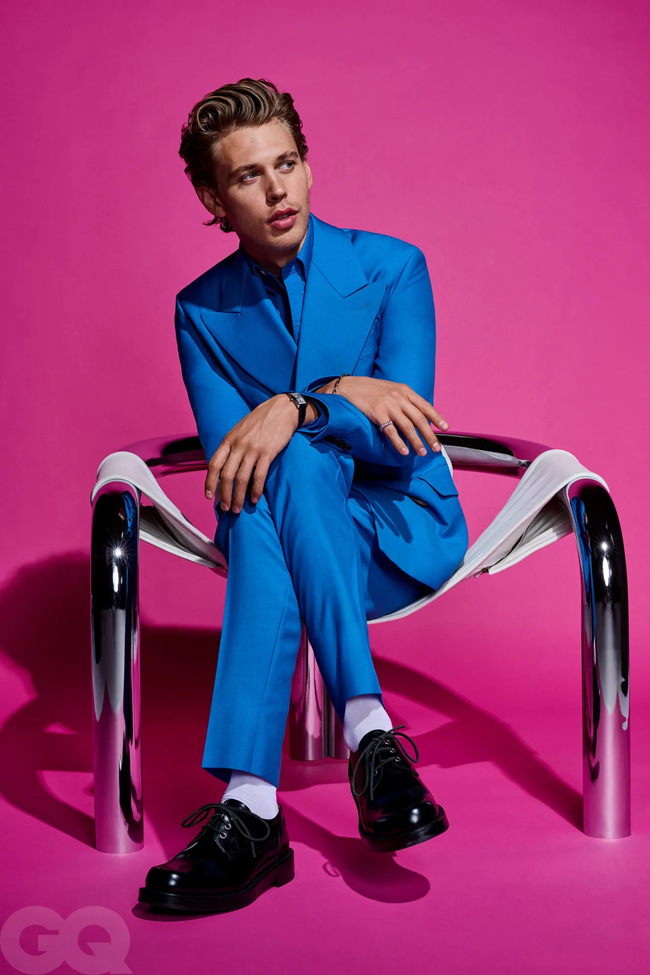 The young actor made a pilgrimage to Graceland and met Elvis’s ex-wife, Priscilla Presley, who embraced him and told him he had a lot of support. “She looked like an angel,” Butler says. “I walked down the hall with Baz [Luhrmann] afterwards with tears in my eyes.” Beyond all the technical preparation, he sought out other things that would allow him to access this larger-than-life figure on a personal level. “His mother passed away when he was 23, and my mom passed away when I was 23,” Butler says. “So when I learned that, it was one of those things where I got chills, and I just thought, Okay, I can connect to that.”

The first performance scene that Butler had to film was Elvis’s big 1968 comeback special, which, appropriately enough, had a ton of pressure riding on it. Despite his nerves, Butler maintained that unrelenting positivity. “Look, I’ve worked with every kind of actor and every kind of performer. And I accept that they have freak-outs, that’s okay,” Luhrmann told me. “But Austin, he doesn’t freak out. He has the most polite panic of anyone I’ve ever met.”