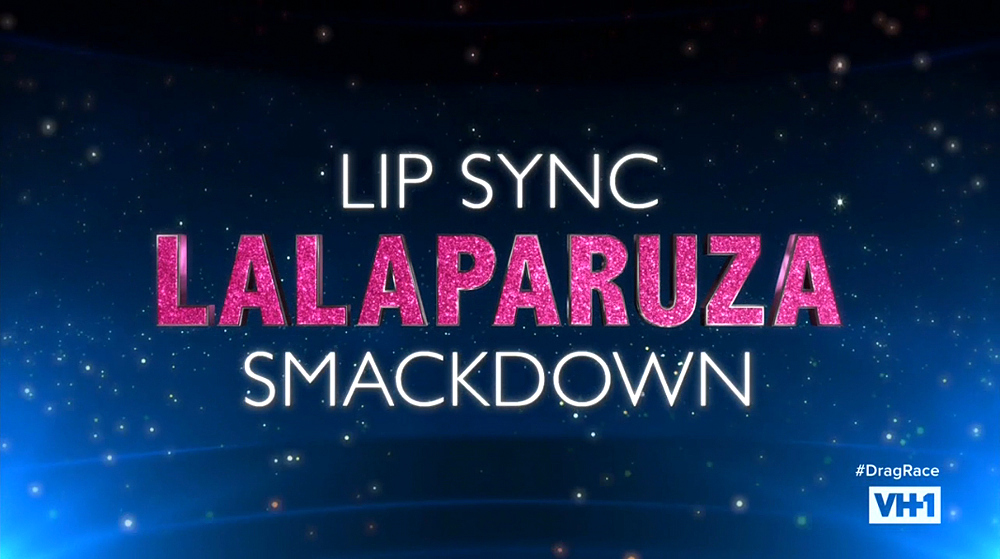 Can we just start off by noting how terrible a pun “LaLaPaRuza” is? We feel we need to get that off our manly chests first because if we don’t do it now, we’ll just wind up repeating the sentiment a hundred different ways in the sentences to come. Bad pun. So stipulated. Moving on. The good news? This concludes the “bitching and whining” portion of this recap.

This was another fun episode! Full of high stakes, high drama, and amazing performances, wall to wall. And we don’t think any of that was just happenstance. In fact, we’ll take this point further by unfortunately having to be a little shady about it: An episode like this one is the result of very savvy and well-seasoned producers manipulating a potentially good (but not legendary) cast in order to compel them to give their best work and deliver a show stacked with entertaining moments. We’ll keep banging on this drum, if only because it sometimes feels like we sit in opposition to a good portion of the show’s fandom: The reality competition shenanigans on RuPaul’s Drag Race can be tiresome, but for the most part, the shenanigans are good because in the end, they give drag queens the space and the spotlight to do what they do best. Like all reality television, there’s only a sprinkling of reality involved in the final product, which sits as the result of a thousand creative and business decisions, from casting to editing. Unlike most other reality TV competitions, Drag Race is unusually open (often in a winking sort of way) about how manipulative it is. We’ve made this point too many times to count, but this episode is a prime example of our observation that Drag Race is not a reality competition, it’s a variety show with cash prizes. Our overriding point is this: We think it’s largely to the show’s credit that instead of sticking to a rigid “one must go every week” format – which we’ll note is ubiquitous across the genre of reality competitions and has been for decades – they make up silly reasons to keep as many of these queens on the main stage for as long as they possibly can. One of those reasons (which has yet to reach fruition) is the use of a chocolate bar with a golden ticket inside, which indicates just how seriously you should be taking all of these manipulations. No one’s trying to get one over on the audience here. You’re being winked at and asked to sit back and enjoy the next queen and her act. They will eventually narrow the field down to a final four and there will be rushed, maddening, inexplicable or shady decisions made to get to that point. It was ever thus. But in the meantime, every single one of these queens is benefitting from the increased exposure and the frustration of having to continue to compete against such a relatively large number of opponents, which is putting pressure on a lot of mid-level performers to do better work. Pussies were stepped UP this week, darlings. To reiterate (because GOD, that’s what we do): that was not a pleasant happenstance, that was good reality competition producing, even though we know a lot of the show’s fandom would hate to admit that. It’s why this show wins Emmys. We’re making this point under a couple of screencaps of Werk Room scenes partially to note that this kind of manipulation also results in the good kind of backstage drama. All of the conversations were about the queens fears and their perceived chances up against various competitors, like athletes talking about the big game coming up. It helped to raise that feeling of tension and elevated stakes. It wouldn’t have felt nearly as tense or exciting if there were only five queens in the competition. We’re just saying (over and over again). It also developed something of a story line. Plenty of these queens were nervous about going up against Jasmine, who was feeling a little cocky. Maybe that means they kept Jorgeous and Jasmine in past their sell-by dates just to keep the stakes high for a planned lip sync episode. Maybe that pisses Daya off. Good. Fine by us. This isn’t the Olympics. It’s not even Top Chef. It’s a hot guy with a stuffed banana hammock turning a bingo drum. And it’s eight (but technically seven) competitive queens being told to light their pussies on fire and all of them proceeding to do so. If you can’t get on board with all of that, then what are you doing here? Anyway, let’s get to it. Jasmine’s ball got picked from the drum and she thought she was being clever picking Daya as her opponent. Daya in turn thought she was being clever by choosing Aretha’s Respect as their song, knowing that Jasmine’s high choreography wasn’t going to work with the song. Daya turned out to be right on that one. It was a really strong showing by both queens and if we’re being honest, we think it could have easily been called the other way, but Daya really did step it up while Jasmine felt like she was trying to figure it out. Next, Willow’s ball popped out and she chose Bosco, who chose Luther Vandross’s “Never Too Much.” Willow claimed that Bosco played right into her hands. Bosco gave a good performance, but much like Jasmine’s it felt like she was trying to figure out an approach. Willow knew exactly how to work the song and did a spectacular job with it. She also looked amazing. Next, in a clearly not entirely fair way, the remaining three queens faced off. Jorgeous’s ball popped out so she got the song choice. She surprised everyone by passing over J Lo for Beyonce’s “Radio.” Again, the strategy appeared to pay off for her, because she smoked Angeria and Lady Camden – although they both did an amazing job of it, to be fair. In a different matchup or week, either of them would have easily won their lip sync. In the semi-finals, Lady Camden chose Bosco who chose “Don’t Let Go,” by En Vogue. Two things happened here. The first is that Lady Camden’s pussy went supernova – to the point where, when she returned to the Werk Room after, it felt like some sort of world-class champion coming off the field to the awe of her team mates. It was a stunning performance and she looked amazing throughout it. The second thing that happened is Bosco’s confidence nearly evaporated during the course of the song. She gave a fantastic performance – literally every queen did this episode – but you could feel this rising sense of desperation as she realized she was being smoked – again. Then, a tense Angeria and a still slightly cocky Jasmine faced off doing J Lo’s “Love Don’t Cost a Thing.” As we said, every queen did great work this episode and most of these face-offs were close, but this one felt like it truly could have, and maybe should have, gone the other way. We suppose it comes down to a matter of taste. We didn’t think Angeria’s more poised approach worked as well for the song as Jasmine’s more frenetic one, but you could flip that and say that Jasmine came off desperate and Angeria came off confident. And finally, after all that drama, an exhausted Bosco and Jasmine, the former having gone into the episode worried about her chances and the latter having gone into it cocky about hers, faced off with a particularly tough “Swept Away” by Diana Ross. The song is all whispers and vibes, forcing any queen who lip syncs it to really work out how to go about it. Bosco’s stripper moves – and her overall more polished performance style – gave her advantage here. It was close, but we think the win was decisive. And thus a queen finally goes home again after a long elimination drought. We think Jasmine was given every chance to show us what she’s got and we think she made the most of those opportunities. A fun episode with a decisive conclusion and a newly energized cast of performers. This was pretty much everything we’d want out of a Drag Race episode.