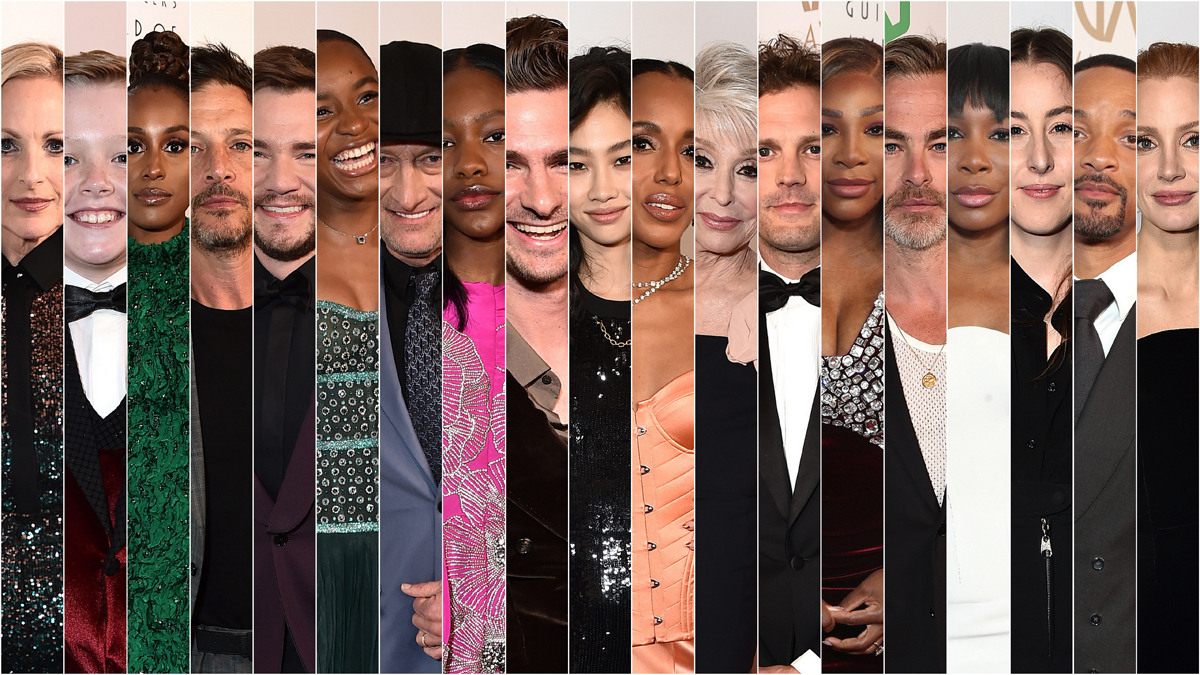 The stars came out to bow down to the people who make it all possible for them: the producers. And because we’re reaching the feverish climax (you’ll pardon the phrasing) of awards season, some of these folks really turned it out. Others went for a more sedate approach and some even decided to be tacky as hell. Let’s assess! This is very toned down, but it feels like it’s within her style preferences. There’s not much to look at here, which is why the zipper stands out so much. It ruins the effect. We just thought this was a cute picture. Andrew looks his usual suave, stylish self. That man can work a lot of velvet. Lin is doing alright. He never was much of a fashion person. 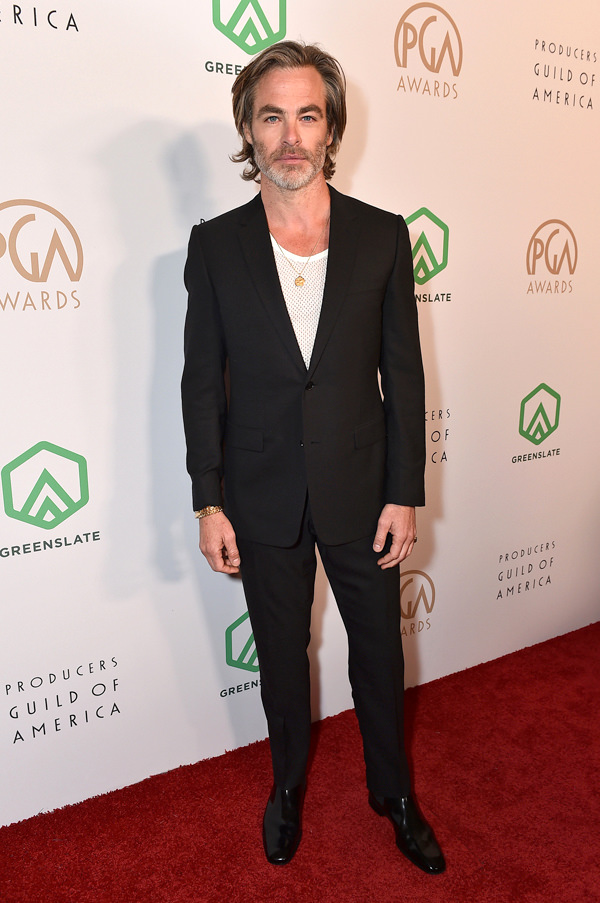 We like his new sleazy style persona, but we think we have to draw the line with mesh shirts at awards ceremonies. Call us old-fashioned. 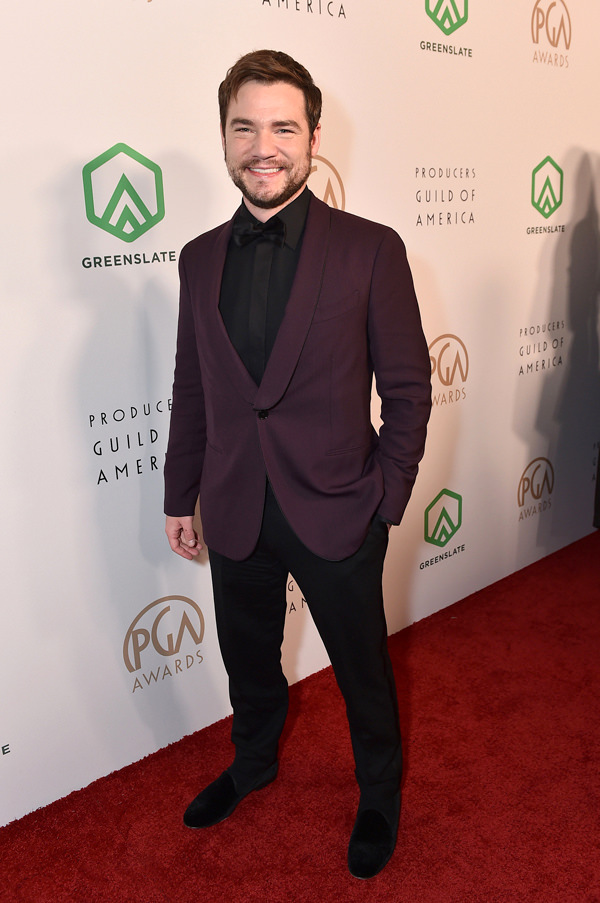 He’s adorable but we’d like this look so much more if the pants matched the jacket. 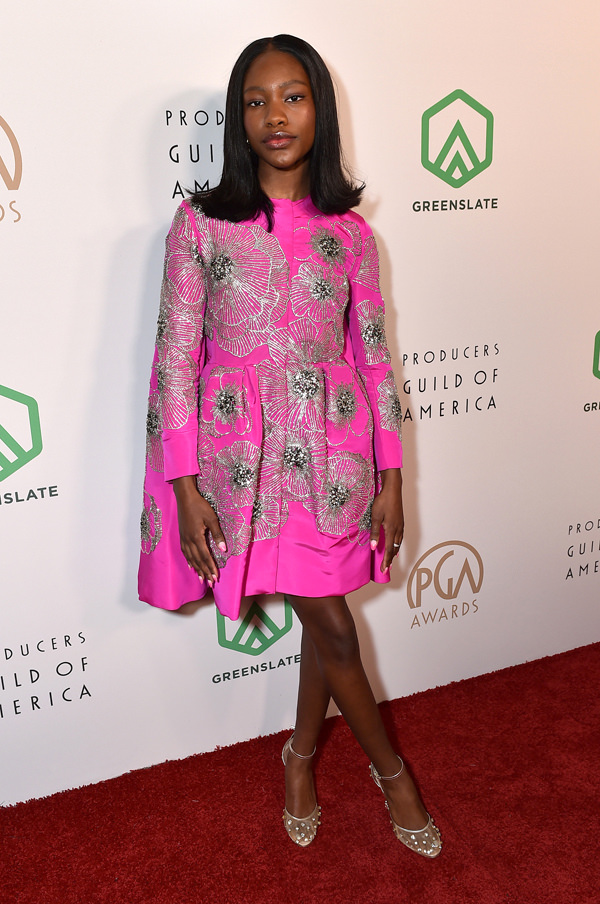 Love the textile, hate the shape. She looks fabulous from the knees up. Below that: disaster. She has a real knack for wearing dresses that no one could pull off and making them look effortless. 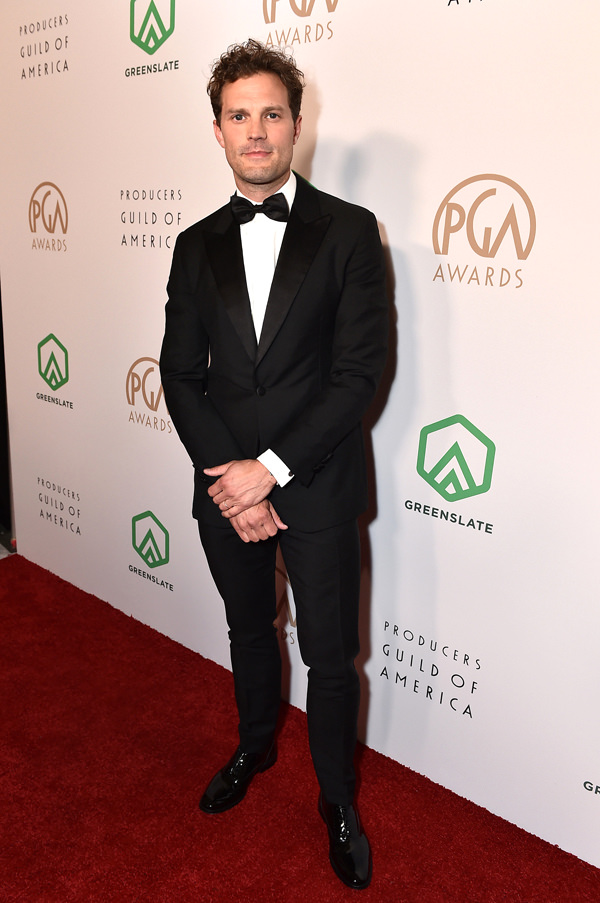 He’s cute. His hair’s a mess and his tux is fine, but boring. She dialed it WAY back for this night. Her style all through awards season has been pretty loudly declarative. We wonder if her recent string of wins is making her confident or if she’s trying to project a seriousness as Oscar voting comes to a close. Either way, she looks elegantly chic. The design is a cliche and the textile is kind of hideous, to be honest. Peach satin? In this economy? Madame Rita has a very specific sort of grande dame style she sticks to. Of course we wouldn’t critique her for not following trends or mixing things up a bit. Even so, we think we’ve seen some version of this gown a dozen times from her this year. We’re not convinced on the gloves, but the dress is really cute, and in an unusual, eye-catching color. It’s fine for what it is. Short dresses with trains will never be to our tastes, but we’re not mad at any of it. Except the shoes, of course. It’s a pretty nice suit, but he looks ready for awards season to be over. He’s been fun to watch all season long. His style has gotten better and better with each appearance. Interestingly, this is probably the most conventional outfit he’s worn the entire time. Another gentleman who really stepped his game up this year and hasn’t made a wrong turn yet. We don’t love how shiny this is, but he still looks great in it.

[Photo Credit: Courtesy of the Producers Guild of America]

Previous post:
Sandra Bullock in Elie Saab Couture at the LA Premiere of THE LOST CITY: IN or OUT? Next Post:
Daniel Radcliffe in Paul Smith at THE LOST CITY Los Angeles Premiere