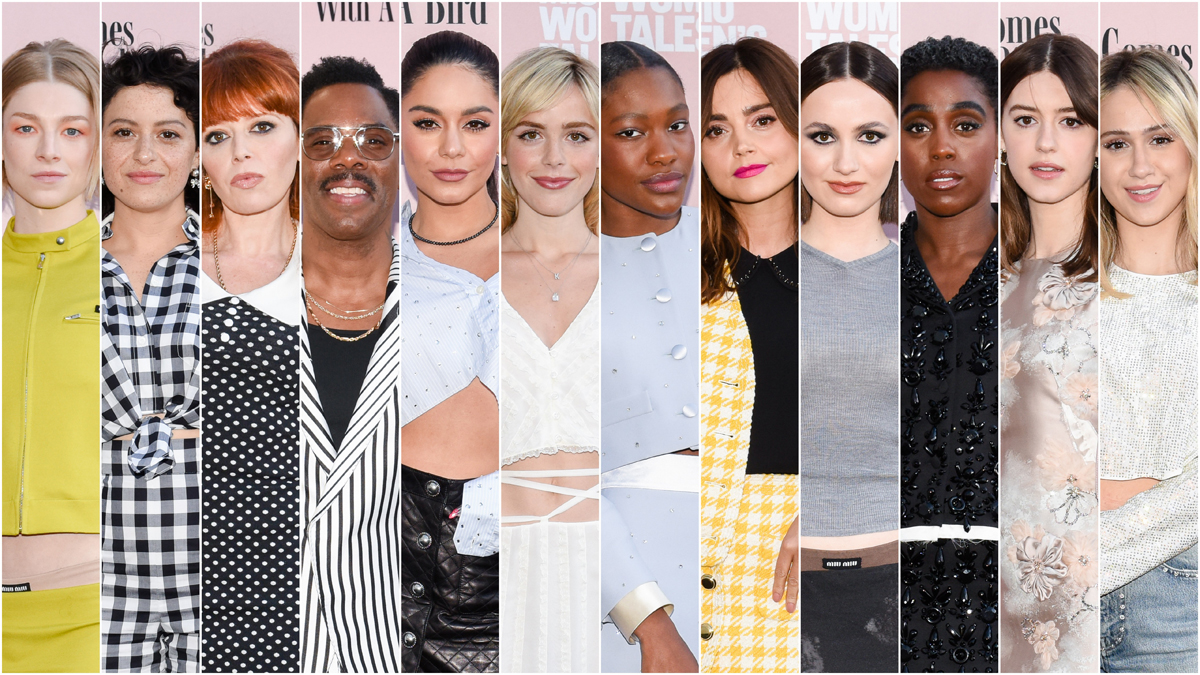 The stars came out in their Prada and Miu Miu for the premiere of the 23rd installment of their Women’s Tales series of short films. Personally, we’re just here for the breath of fresh air this funky little red carpet is delivering. We’re two days pre-Oscar ceremony and it just feels like a nice change of pace to see people in cute little getups instead of cheek-sucking serious fashion. We’re still going to judge everyone, though. Also cute! Until you get to the bottom. Sir, what are THOSE? The suit is very cu– very nice and pretty, but the aggressively juvenile accessories don’t make it any less of a mature sort of look. Here’s where we get off the cute bus. That color is bad for her, the shapes are goofy and unflattering, and it looks like she put on her footie socks wrong. The thing about a lot of these – we’ll say it: cute looks, is that most of them look like they were thrown on at the last second. That’s not actually a criticism. These are wearable, relatively easy looks. Well, some of them, anyway. This looks loud and painful to sit in, but our main issue is with all the white bits peeking out. This is a relatively sweet look, but that top might have needed a darker wash of jeans or those jeans needed a more vividly colored top. That skirt design is very not cute. Enh. We’re usually on board with her funky, slightly goofy style choices, but the juvenile qualities don’t suit her at all. She’s trying to sell it, but it doesn’t feel right for her. Everything looks randomly paired up, but that’s sort of the way these fashion brand-hosted red carpets tend to go.