The Essence Black Women in Hollywood Awards are BACK and everyone showed up turned out in bold, colorful, fun looks! Let’s go, ladies! We’ll give her credit for a look that requires a full minute to take in. The downside is that your eye winds up wandering all over it. As much as we dislike trains on short dresses, we think it’s the fuzzy bust and bow that need editing out. We once had an editor strike “badass” from a piece we were writing with “Let’s try something fresher” and the sting still lingers. Nevertheless, this is badass. She looks fucking amazing. She likes like a sexy undersea creature for a production of The Little Mermaid LIVE! on NBC. That is not a dis. It’s a great take on the tux, but we don’t understand the placement of those buttons. Really cute. We kind of expected a pair of thigh-high boots on the scrolldown. Great colors, love the shape of the jacket. We think black was not the way to go for the shoes. Perfectly cute and grownup glam at the same time. Our first thought was that this looked like a dress we might have covered circa 2008 or so. Our second thought is that it looks really cute and timeless on her. Same sandals, but in gold, right? She’s a married lady and doesn’t wear skin tight dresses anymore. She’s moved on… to teeny-tiny dresses. She looks amazing and that’s all her, because she’s basically wearing a bathrobe. She’s so cute and this design and color are so letting her down. Love the hair, makeup, jewelry and shoes, though. 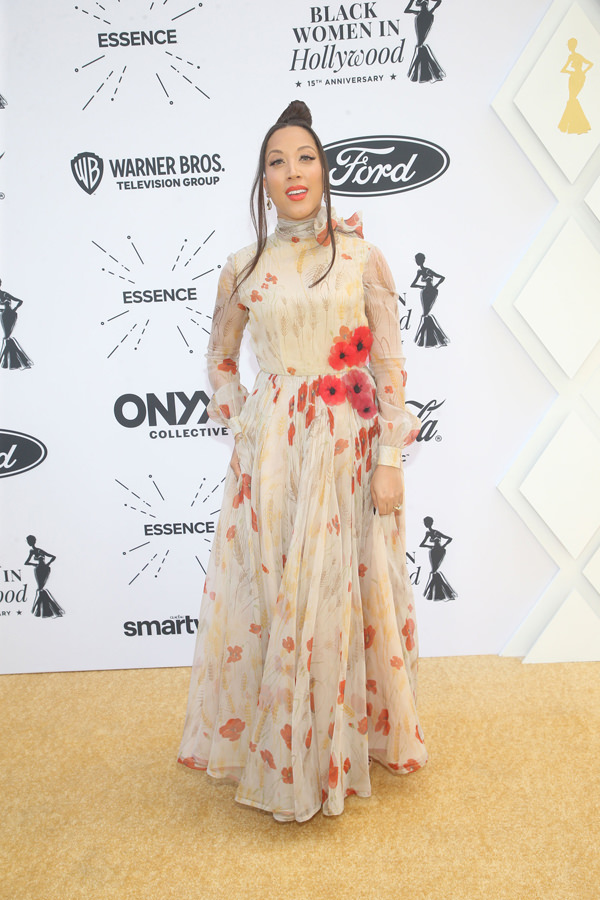 It’s kind of pretty, but the placement of the flowers is really distracting and we keep thinking it needs a belt, even though belts aren’t really in style right now. Adorable. Lots of great sandals on this red carpet.

Serena Williams in S by Serena It’s serving Serena — literally. We’re fine with the dress, but those shoes are tragic. We’re amazed how well she’s pulling this off, but we think it’s the hair and makeup doing most of the work to keep this look fresh. Well, there’s no way to claim this look lacks personality or comes off generic. It’s fun and it’s just right for the occasion.