Yes, it keeps happening. Lorenzo was aghast that a new season of Drag Race was coming so soon, but Tom reminded him that the last season of the OG franchise really did air at the same time last year. It’s just that, with All-Stars, Spain, Holland, Down Under, UK, Canada and Italy (yes, we know we’re behind on recapping those last two; come back soon for that) airing in the interim, it’s hard not to feel completely over-gagged on drag. Look, we wrote a book about the show (we’ll never not drop that link), so we have a vested interest in its ongoing success and ubiquity in the culture, but even we feel a bit overwhelmed by the relentlessness of the Drag Race locomotive. Anyway, we have not one shred of doubt that we’ll be completely invested within the first thirty minutes of the first episode. It was ever thus. Here are this year’s crop of queens and you absolutely have to know we have thoughts on one of them. Scroll through, queen.

Ooof. We have never pined more for the Logo days of lube and leather ads airing between greasy-lensed episodes that felt like you’d stumbled into the back room of a bar during drag rehearsals. Look, we know those days are long gone and that the round of Emmys and launch of so many international versions of the show more than justifies the route its creators have chosen to take, but we are simply awash in blandness here. As Lorenzo said last night, “It’s just Dancing with the Stars now.” Alyssa Hunter (Cataño, PR)|Instagram/TikTok/Twitter: @thealyssahunter
The huntress is on the prowl! As one of the most celebrated pageant queens from Puerto Rico, Alyssa knows her way around a runway and delivers stunning looks wherever she goes. She’s here to prove that not only can she give a fierce lewk, she also has the performance chops to bring back the crown to her hometown. Angeria Paris VanMicheals (Atlanta, GA)|Instagram/TikTok/Twitter: @angeriavm
This southern belle from ATL will light up any room with her charisma, uniqueness, nerve and talent. An old school pageant queen, “Angie” is here to serve fierce fashion and face with a country charm that you can’t help but fall in love with. Bosco (Seattle, WA)|Instagram/TikTok: @hereisbosco
Don’t let her laid back Seattle grunge vibe fool you, this fiercely competitive queen is all about femme fatale glamour. With her razor-sharp wit and an impressive arsenal of drag talents, Bosco will stop at nothing to bring the crown back to Seattle. Daya Betty (Springfield, MO)|Instagram/TikTok: @dayabetty, Twitter: @daya_betty417
You Betty be ready! Hailing from the House of Methyd, this edgy six foot four goddess is serving 80’s inspired rockstar realness. Daya’s known for crafting incredible looks out of any material she can get her hands on and will do whatever it takes to claw her way to the top and claim that crown. Deja Skye (Fresno, CA)|Instagram/Twitter: @dejaskye, TikTok: @dejaskye101
This pastel princess prides herself on embracing all her curves and swerves. Deja is known for her bold, colorful drag aesthetic and design skills. She’s a sweetheart, but she has killer lip sync skills, so watch out for her! 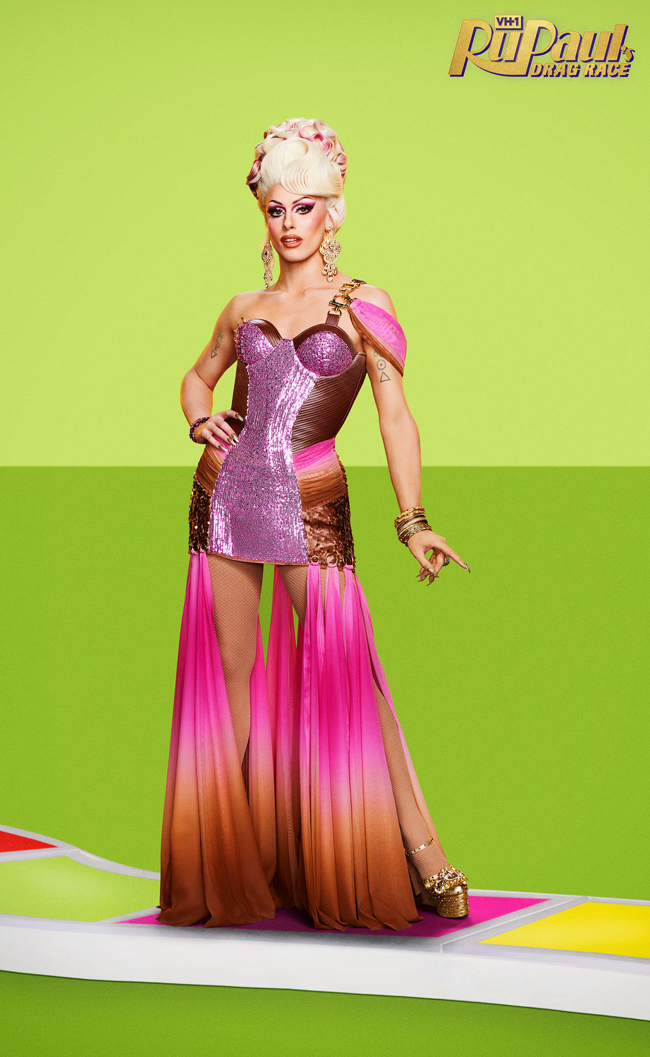 Jasmine Kennedie (New York City, NY)|Instagram/TikTok/Twitter: @jasminekennedie
The ditzy doll of New York City has arrived! She is known as a high energy dancing queen who brings polished drag and the gift of gab. Her personality may be bubbly and fun, but she is drop dead serious about slaying the competition. 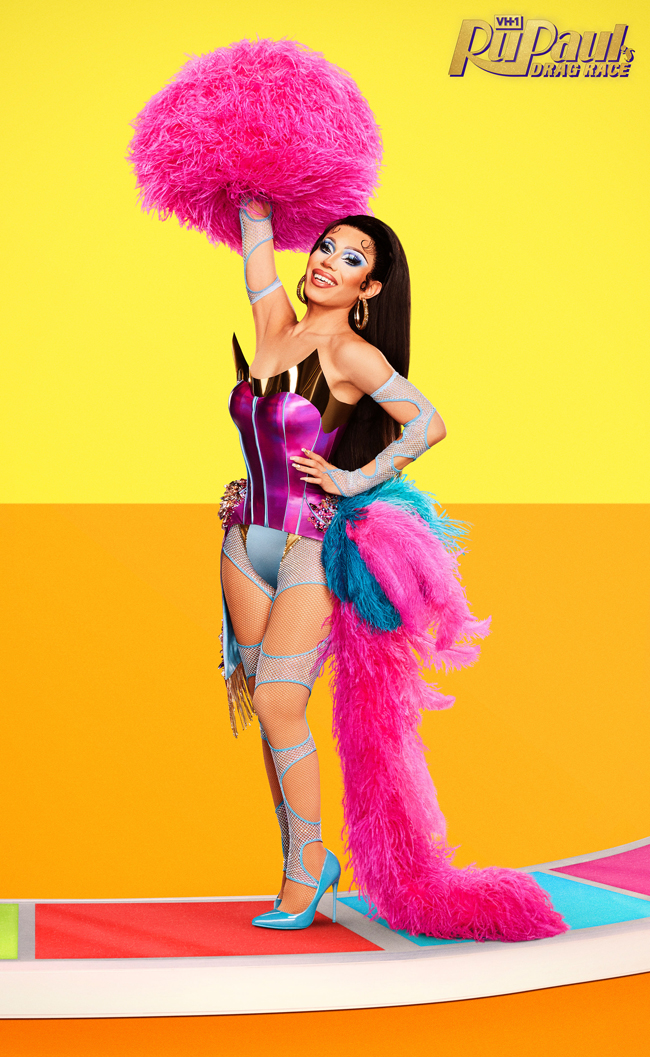 Jorgeous (Nashville, TN)||Instagram/TikTok/Twitter: @jorgeous_1
Hello-tis, it’s Jorgeous! This spicy Latina dancing diva started drag at the age of 16 and never looked back. A fierce performer who was born to do drag, Jorgeous is looking to dance the house down boots all the way to the top. June Jambalaya (Los Angeles, CA) | Instagram/TikTok/Twitter: @junejambalaya
This jambalaya is heating up! Bringing Black Girl Magic to the stage, June is known for her fierce dance moves and is ready to show off her kicks and splits and put a fork in the rest of the competition. Kerri Colby (Los Angeles, CA)| Instagram/Twitter: @kerricolby, TikTok: @kerricolby
This bodacious queen is all about beauty, hair and body-ody-ody. From the legendary House of Colby, Kerri is a bold diva who tells it like it is, while always looking flawless. She came to slay the game in true Colby style! 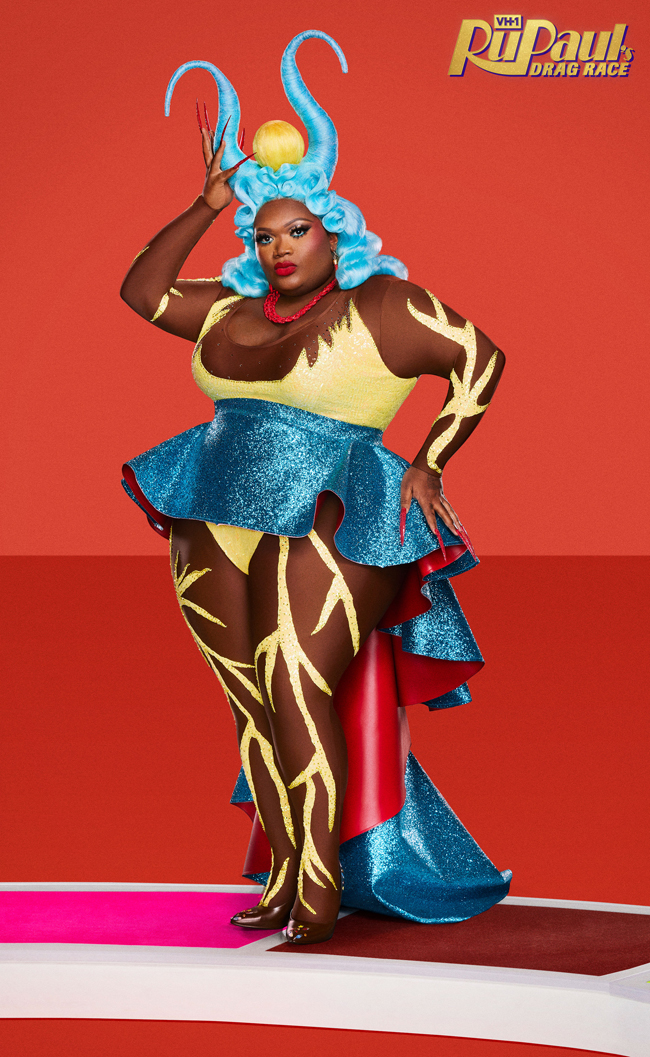 Kornbread “The Snack” Jeté  (Los Angeles, CA)| Instagram/TikTok: @kornbreadthesnack
The bakery is open and Kornbread is being served! This LA queen is a performance powerhouse with a deliciously sassy personality. She will leave you gooped, gagged and gandered and you will want a taste of what she’s cooking! Lady Camden (Sacramento, CA)|Instagram/TikTok/Twitter: @ladycamden
Three cheers for America’s little spice girl! Born in the UK but now living in Sacramento, this professional ballet dancer turned drag queen is ready to take the world by storm serving class and sass and living the pop princess fantasy she always dreamed of. 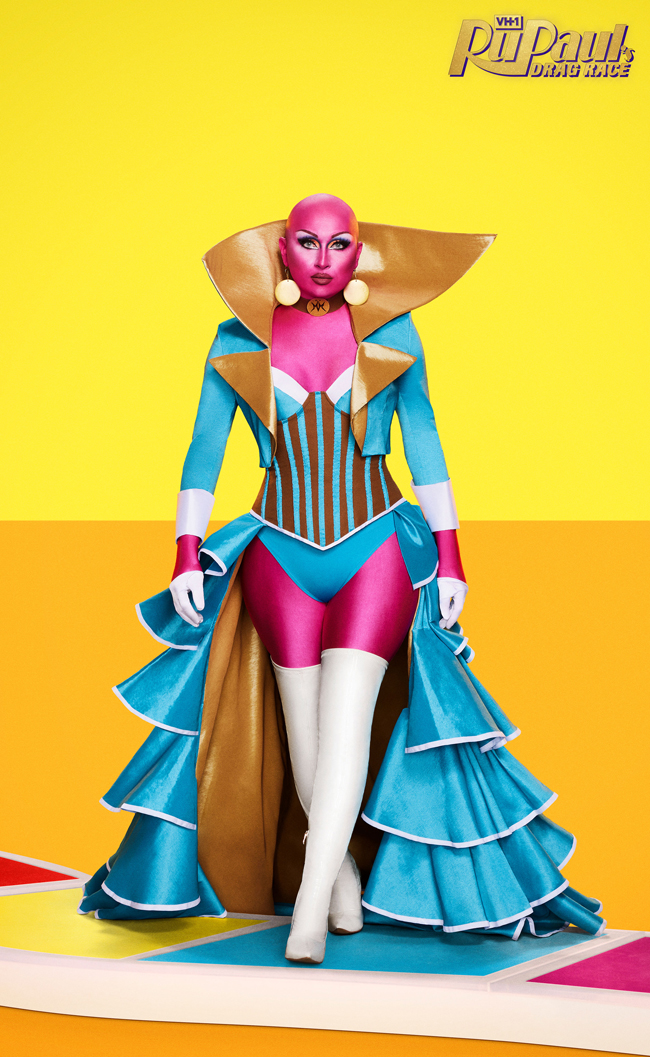 Maddy Morphosis (Fayetteville, AR)|Instagram/TikTok/Twitter: @maddymorphosis
This small-town camp and comedy queen is ready for her big stage debut. As the first heterosexual, cisgender male contestant on Drag Race, Maddy’s quirky performances set her apart from the pack and she’s here to prove she can perform with the best of them. Orion Story (Grand Rapids, MI)| Instagram/TikTok: @theorionstory
Orion is a retro sex kitten with a campy edge. As the first queen to represent Michigan, this midwestern beauty brings a smoldering Lana Del Rey energy to her drag and is eager to share her unique drag stylings with the world. 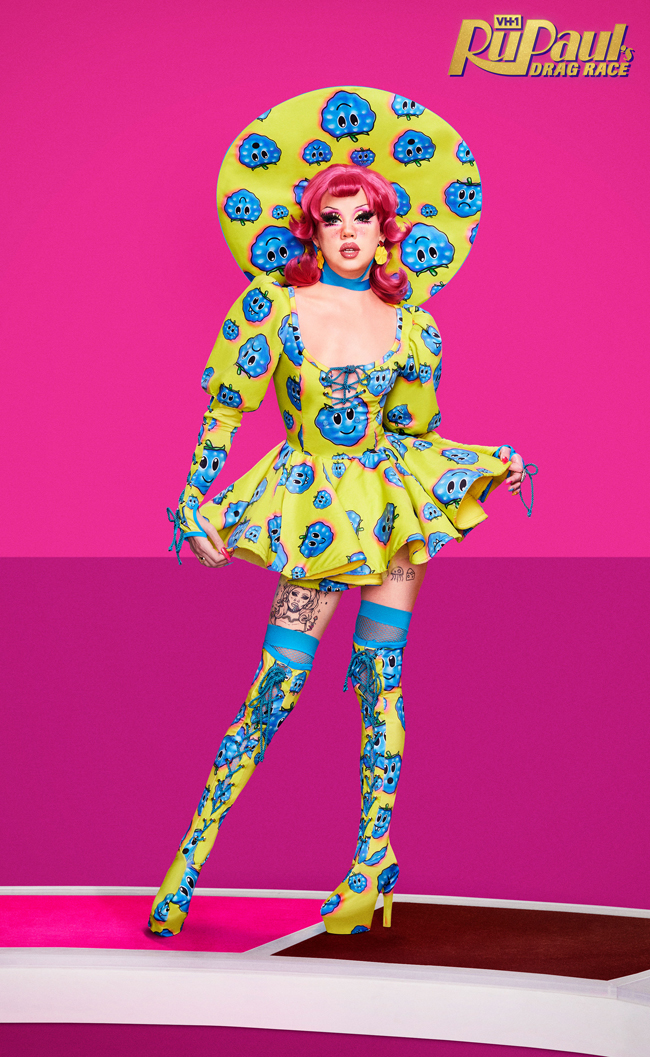 We will not do any of these queens the disservice of comparing each of them to the half-dozen alumnae queens they reminded us of, because they deserve the opportunity to make their case before we peg them into slots. Still, it’s really hard not to see how the show has settled on specific characters and types and then either picks queens that embody them or forces them into playing that role. There is one self-described wild card in this bunch of seen-its and it’s really not the kind we ever wanted to see on the show.

One thing we’ve always said to remember about this show is that despite its anvil-heavy influence on the drag entertainment industry, it’s a mistake to let it stand as some sort of definitional document of drag. RuPaul’s Drag Race no more defines the world of drag than Top Chef defines the restaurant industry or Project Runway defines the fashion industry. It’s a game show with a very specific set of criteria and to its credit, it has slowly opened itself up to expanding on who gets to partake in the competition; going from Ru’s disastrous claim that trans contestants would have an unfair advantage on the show to casting a range of trans and non-binary queens and ultimately to accepting its first cis female contestant when Victoria Scone debuted in the third season of Drag Race UK. We’ll say now what we said when she was announced: we don’t like to gatekeep drag, but our only criteria is that contestants on this show be queer in some way.  Drag Race, in all its forms, has always been a showcase of queer talent and an exploration of queer lives. No matter how it’s evolved or smoothed out its edges in other ways, It has always been explicitly clear (“In the grand tradition of Paris is Burning…” “As gay people, we get to make our own families…”) that it was a show about queer people doing drag.

There is, of course, a long tradition of cishet-presenting male entertainers doing drag and some of them are downright legendary for it. The two most famous and successful of the last forty years or so would probably be Barry Humphries’ Dame Edna Everage and Tyler Perry’s Madea. There is a case to be made that Drag Race is merely honoring that tradition by casting the show’s first straight male cisgender contestant, Maddy Morphosis. We’re not going to stand on balcony somewhere and rail about this. We’re not going to denounce him before we’ve even seen his work. On some small level, we wish him well and hope he represents for himself to his satisfaction. But we are not at all happy to see RuPaul’s Drag Race drop its most important and longheld defining trait. There is no S in LGBTQIA and that’s very much for a reason.

VH1 today ru-vealed the cast for the 14th season of the Emmy® award-winning global phenomenon, “RuPaul’s Drag Race,” returning Friday, January 7 at 8PM ET/PT with a two-part premiere. The most-awarded reality competition show in the history of the Emmys® ushers in 14 new talented queens to compete for the title of “America’s Next Drag Superstar” and a cash prize of $100,000.

“RuPaul’s Drag Race: Untucked,” the Emmy®award-winning after show, will premiere immediately following at 9:30PM ET/PT on VH1. “Untucked” gives viewers a behind-the-scenes look at the backstage drama as the queens await their fate and see who will need to lip-sync for their life to avoid the week’s elimination.

On Friday, December 3 at 10 AM ET, fans will be able to “Meet the Queens” more in-depth on the “RuPaul’s Drag Race” YouTube channel with a livestream featuring an extended runway hosted by Season 13 Winner Symone, individual interviews with each new queen, and the official image spot! Sashay over to the Drag Race YouTube channel to watch the livestream.