Home » Fashion » Taylor Swift in Great Constantine at the Rock... 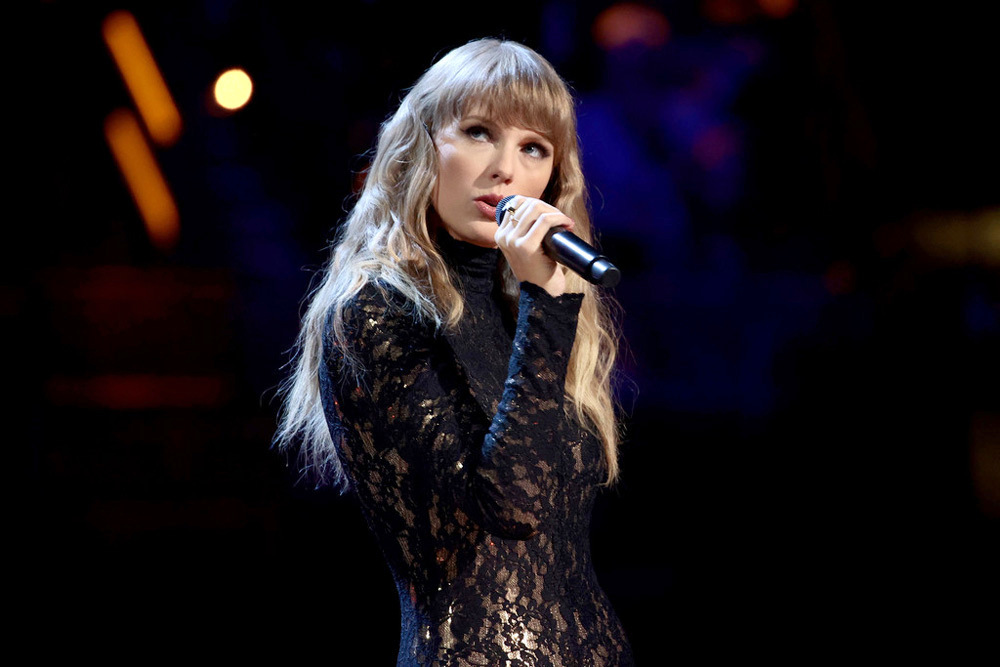 Always fun to check in on whatever Taylor Swift is doing at any moment. We don’t mean that in a backhanded way at all. There was a time when we might have criticized her for the blandness of her style choices but that time is long past. She’s matured into a much more thoughtful sort of performing artist. Even better (from our perspective), she’s become one of the very best of the best among celebrities in terms of image control and brand management, keeping a massive worldwide fanbase personally invested in whatever she chooses to share or make. In fact, we’d say only Beyoncé and Kim Kardashian (like it or not) are working at or above her level on that front. This almost seems off-brand for her, but she’s been very good at opening herself up to a much wider range of styles than her much earlier pop princess days. Knowing how good she is at the semiotics of it all, a leather-and-lace getup for the Rock and Roll Hall of Fame induction ceremony is actually about as on-point as you can get. Perhaps more to the point, she was there to pay tribute to solo inductee Carole King, who was literally brought to tears by Swift’s rendition of “Will You Still Love Me Tomorrow,” a time capsule of a song about a good girl trying to get a boy to commit to her before she sleeps with him. Maybe it’s a mistake to place too much meaning in her stagewear choices, but we think the subversion of the ultimate “white lace fantasy gone wrong” song isn’t necessarily coincidental, nor is the subtle homage to a whole range of rocker chicks over the years.

[Photo Credit: Dimitrios Kambouris/Getty Images for The Rock and Roll Hall of Fame]