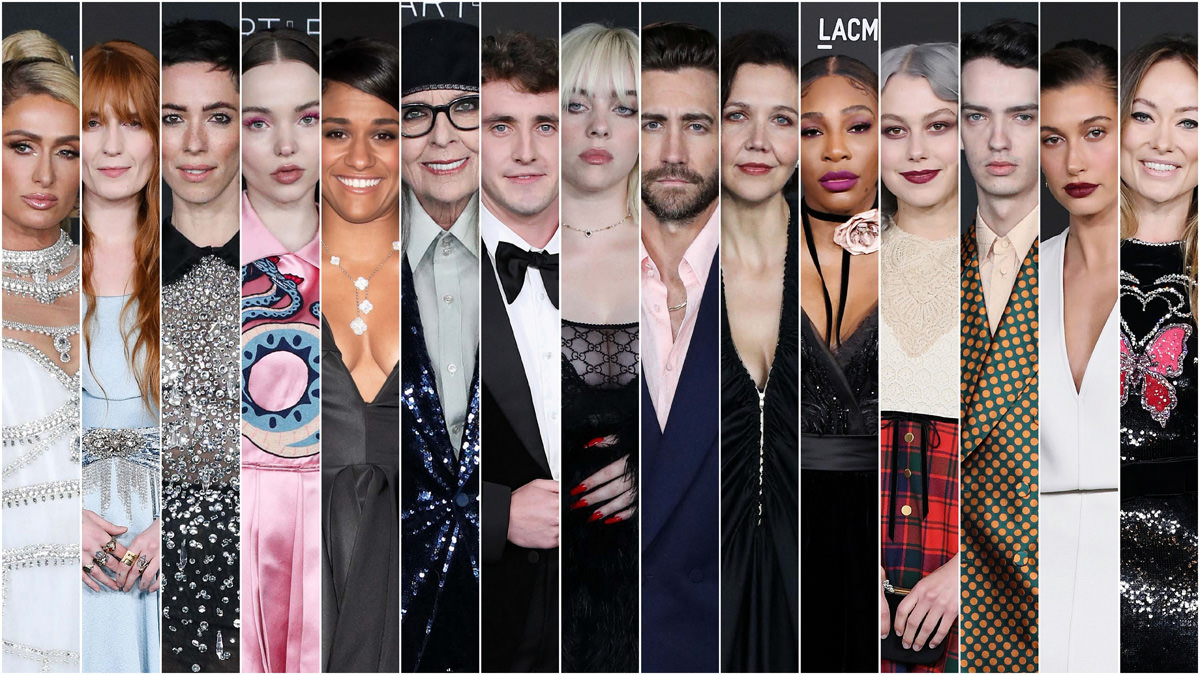 We’ve spent a good day-and-a-half nitpicking individual attendees, but it’s time to round up the rest of the more interesting looks at the LACMA Gala and let their wearers know exactly what we think of their choices. We’re providing a service really. He’s whatever; fine, but dull. She managed to not get too out-Gucci’d by her dress, but we think we’d have advised her to pick either the flower or the weird-ass gloves if she felt she absolutely had to, but not both. We love that she chose the right necklace for that neckline, but proportionally, the latter doesn’t work all that well with the full skirt and sleeves. It’s hard to even see most of the ensemble because it just photographs as a mass of black. The top half and the bottom half feel like they belong to different outfits and we don’t love that neckline. She did Gucci her way and she looks fabulous. If anyone could pull off a pink satin birthday party dress, it’s her. We like the idea of the graphic more than the reality of it. This is incredibly toned-down for her. It’s fine. She’s the only one we can think of who’s able to pull off that fringe. Drop dead chic. We don’t know how she managed it. None of this is terrible, but it doesn’t really suit him either. As much as we tend to beg stars to wear more colors, we don’t think you can just pile a bunch of bold hues on anyone. Both the jacket and the pants look a little large on him. This is a gorgeous suit and he could not be more perfect for it, but it seems to us that Lil Nas X is the only one who made those feather cuffs work. The shape is great for her, but the design makes it look like she’s zipped up in a garment bag or something. Gorgeous. Possibly our favorite gown of the night and so perfect for her. Not that she’s some sort of examplar of refinement and taste, but this looks surprisingly tacky for her. Also a little bridal. He’s boring but they make a cute couple and we love her outfit, partially because it looks nothing like anyone else’s in this samey-same crowd. Something seems a little off with her makeup, but you can’t deny that frock and shoe action. She looks fabulous.