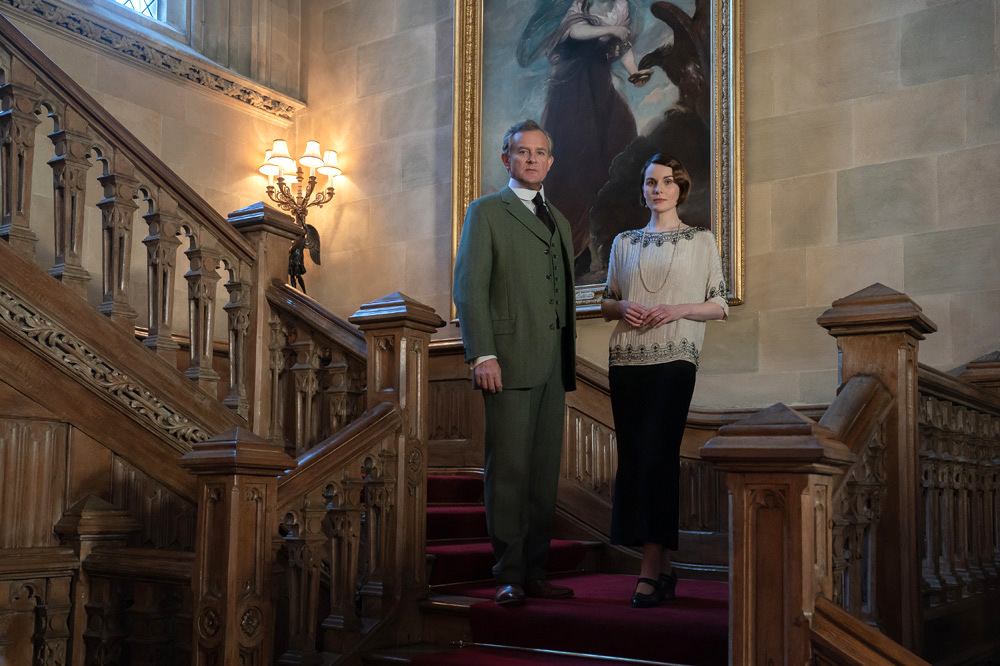 Did we flap our hands excitedly and jump up and down a little when these first-look pictures for the next Downton Abbey movie, Downton Abbey: A New Era dropped in our laps? You bet your ass we — you’re not even reading this. We’ll catch up with you at the bottom. It’s not much, we know. That’s why those little scamps call it a teaser, darlings. The real news is that a fuller trailer will be popping in theaters before Belfast screenings this weekend. We have no doubt we’ll be seeing more of the Crawleys soon, but for now, it sure does look like the mid 1920s are in full swing. Edith looks spectacularly aristocratic in her tennis whites.