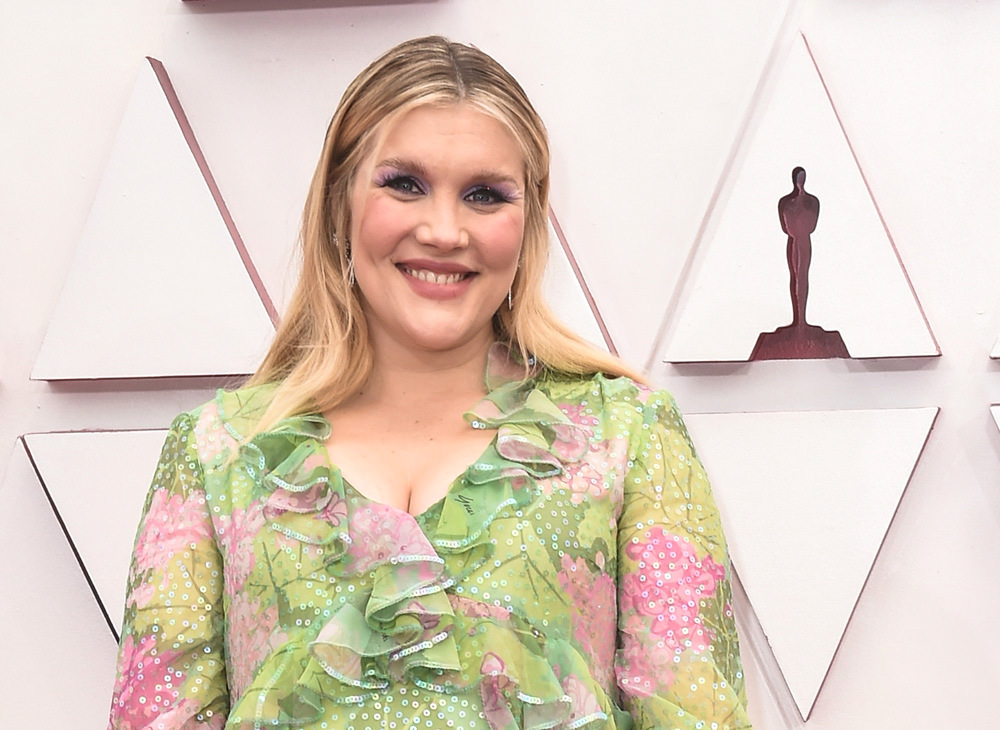 If it’s rare for us to feature and comment upon the style choices of directors on the red carpet, it’s unheard-of for us to devote any time to what the Best Screenplay winner wore to the Oscars. But like One Night in Miami director Regina King, Promising Young Woman screenwriter/director Emerald Fennell is also an actress, which means in her case (and Regina’s, and Greta Gerwig’s and Olivia Wilde’s), she brings an actress’s access to high-fashion and sense of visual promotion to her red carpet choices. All throughout this awards season, she’s been sporting these sorts of highly dramatic, flowy, girly looks. It turns out part of the reason for that is that she’s pregnant. But looking at her choice for the Oscars, we think it’s pretty clear that she loves this style of gown. 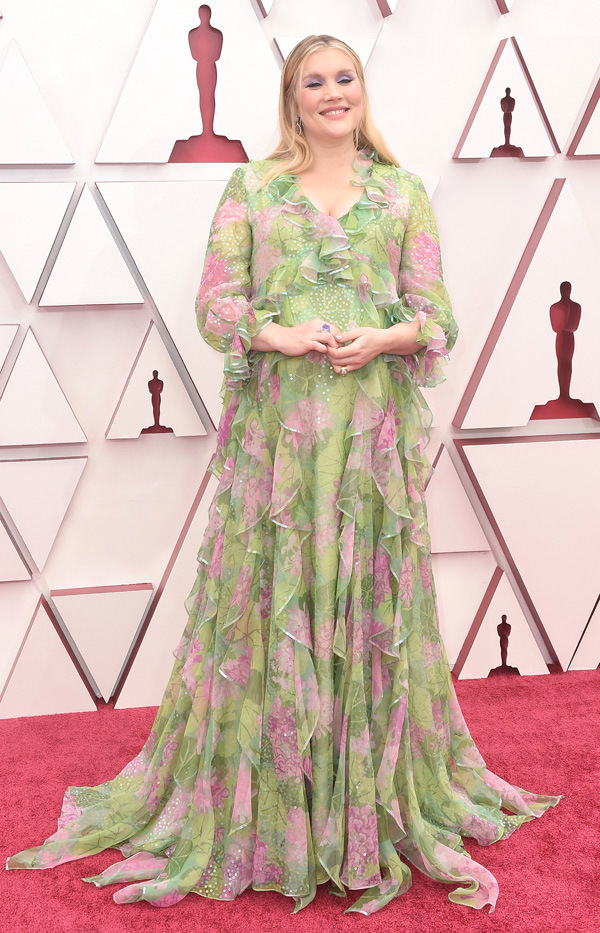 Like the actress she is, she’s been doing something all throughout awards season that we’ve long urged all actors to do if they’re a little stumped as to how to approach a red carpet: She creates a character for the night.

Going to the #SpiritAwards as your divorcée neighbour waiting for the milkman. What, this old thing??? Oh I just tossed this on to receive your cream delivery, Colin😉😉😉😉😉😉!!!! pic.twitter.com/oSdVhBi1l3

So excited to release my album of Westlife Piano covers. #flyingwithoutwings #BAFTA pic.twitter.com/VpI58PuXDr

Going to the Critics’ Choice Awards as your Totally Sober Aunt who has really taken a shine to your sweet boyfriend, Brian. Scooch closer, Brian! I don’t bite!!! pic.twitter.com/xtXmZCnBoM

Went to the Golden Globes as your Baroness fiancée who is totally, TOTALLY cool with you marrying Maria. She seems very sweet and not at all deranged. Enjoy your curtain lederhosen, Baron!!!! pic.twitter.com/aSYtGhkmxr

That is just hilarious and such a joyful and fun way to approach fashion. It helps that she’s not just an actress, but also a screenwriter and director. She brings all her skills to the table when it’s time to get dressed up and work a look and we absolutely LOVE that. We also love the answer she gave when Giuliana asked her if she had a character in mind with this look. “Tonight I am Susan your pottery teacher who has a business proposition for you that is absolutely not a pyramid scheme,” she instantly replied. And while we’re not sure this really looks like something a pottery teacher would wear, we were so completely charmed by her answer (as well as her adorable speech), that we wound up loving this dress on her more than we might otherwise. Sure, it’s a little Stepford Wife-y, but she’s definitely not, which means it comes off fun and feminine rather than twee or saccharine.