Natalia Dyer is a natural at the unnatural – she’s skilled at rolling with the punches, making the best out of unpredictable circumstances. Here, InStyle magazine catches up with the Stranger Things star on two separate occasions, both before and during the pandemic on quarantining with Charlie Heaton, protesting for Black Lives Matter, and fighting for her privacy. 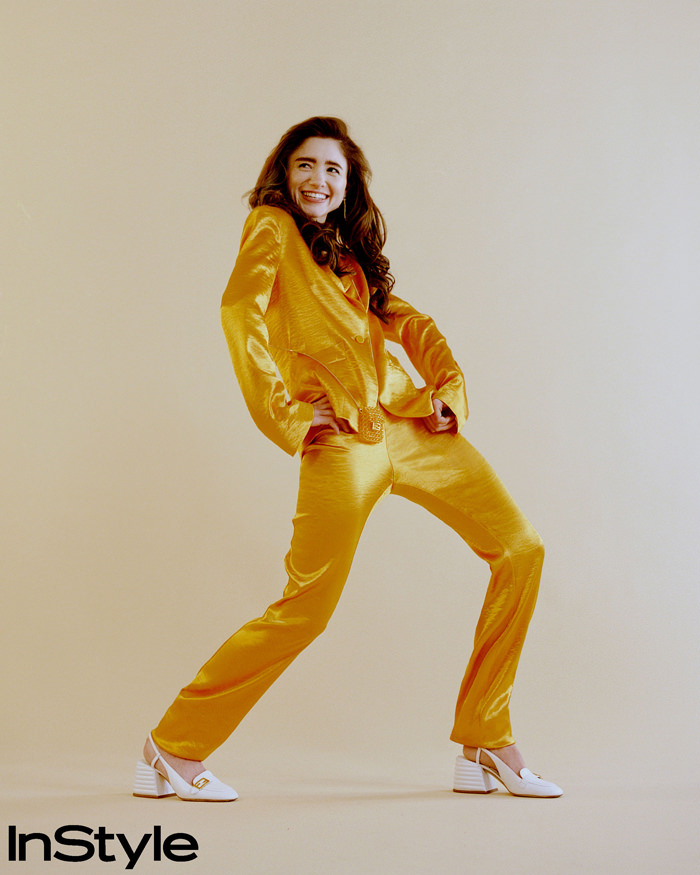 ON INSTAGRAM ACTIVISM: As protests took hold all over the world, she began to reckon with what place she might have in the fight for Black lives, and what it meant to have such a large platform — to be, as she says, “a quote-unquote celebrity on social media,” especially a white celebrity. Her initial inclination was to “shut up and listen,” to not do anything that would take away from people whose voices needed to be heard. “But then I think it became clear to me in conversations with my friends, that it was important for me to at least say that this is important to me, that this matters,” she says. “I definitely didn’t quite understand that [at first] because I don’t really participate that much on social media or put a whole lot of water in it. But I had a friend who felt like I was quite cynical about it, and obviously everything that’s going on is really only possible with the power of social media — sharing and amplifying things, and seeing things circulated.” She adds: “I’m learning, I guess. And I’m scared to trend on anything or anybody. So, it’s been hard for me, but I definitely want to show up when it’s important to show up.”

ON WHAT’S NEXT FOR STRANGER THINGS: It’s an interesting time to be working in the film industry, she admits. She’s unsure of when Stranger Things can safely get back to production, not that she’d be able to discuss the top-secret plot points of the upcoming season either way. Coincidentally, on the first day we met, the teaser trailer for the next season dropped, prompting her to joke, “I guess Hopper’s alive, I can say that now.” Of her character Nancy Wheeler’s trajectory, Dyer can only say that her transformation won’t be quite as drastic as it was last season: “She’s not — at least I’m not getting a perm this year, I can tell you that much for sure.”

ON QUARANTINING WITH BOYFRIEND CHARLIE HEATON: Filming of Stranger Things has halted indefinitely, and she’s sheltered in place in Atlanta with housemates, including boyfriend and co-star Charlie Heaton. The past few months have involved plenty of “board games and deep thinking,” and she’s taken up running again, even if her knees don’t like it very much. It’s been weeks of attempting to get her roommates — Heaton and two of their friends, both of whom are from Atlanta — to play Clue, and “nobody [is] playing with me.” She laughingly concedes that they’ve been kind about it.

ON FANS AND HER MENTAL HEALTH: She sincerely appreciates the vast amount of love coming her way, and maintains that there are so many good, incredible things about having her work recognized. But a sticking point she often returns to is the question of boundaries, and how she can maintain hers as a star of the most popular streaming show in the world. She will, for example, indulge Stranger Things fans who come up to her on the street, but she’ll politely decline selfie requests. It took time, she says, to figure out what to say to eager fans requesting a photo, and she still walks away feeling “really weird” after gently turning them down. Usually, she’ll say, “I don’t really do that,” and offer to have a conversation instead, and most fans don’t press. “I mean sometimes, this is what I want to say: It’s for my mental health,” she says slowly, looking off into the distance. “I always know that I would rather talk to [a fan], and the exchange of the photo thing — you feel like a commodity in a way. For both of us in the interaction I’m like, ‘this is going to be so much better, I promise.’”

Previous post:
The Daily T LOunge for July 30, 2020 Next Post:
“Americanah“ Star Lupita Nyong’o in Imad Eduso at a Private Event in Nigeria