Okay, here’s the thing: We’re going to hit you in the face with a ton of promo shots and a press release courtesy of Miss Netflix, but because we’re very good at boiling things down to their essences (which is why we’re bloggers and not, say, textbook authors), we’re gonna give it to you – you’ll pardon the term – straight. There really is only one thing to know here and that’s this: 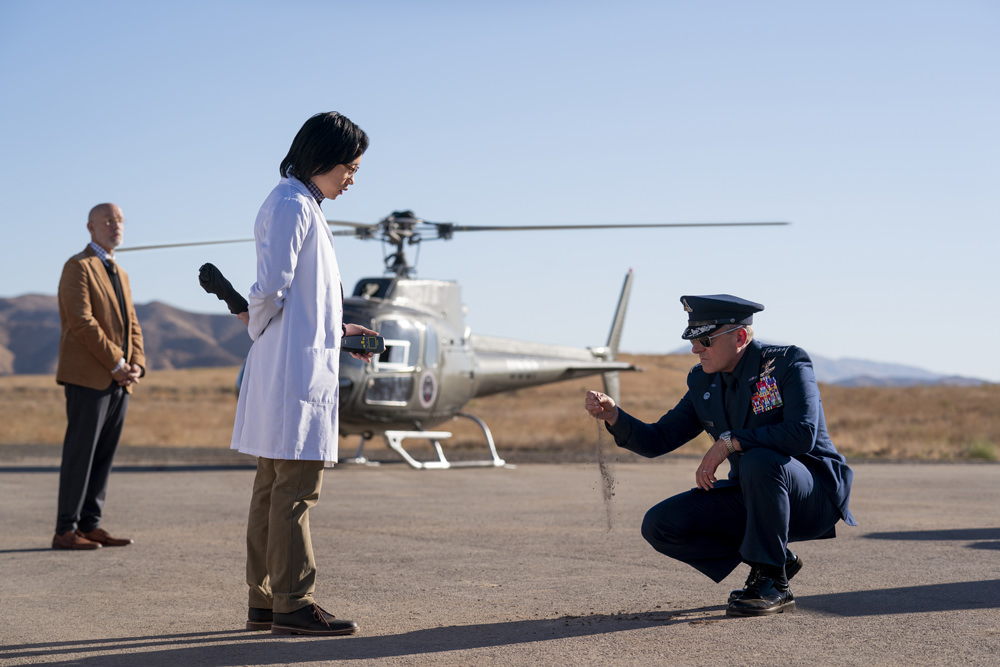 Steve Carrell’s an astronaut and Lisa Kudrow plays his wife. Aside from maybe adding the words “also,” “John,” and “Malkovich” to that summary, what else do you need to know? We’re here for it. Or for those parts of it, at least.

A decorated pilot with dreams of running the Air Force, four-star general Mark R. Naird (Steve Carell) is thrown for a loop when he finds himself tapped to lead the newly formed sixth branch of the US Armed Forces: Space Force. Skeptical but dedicated, Mark uproots his family and moves to a remote base in Colorado where he and a colorful team of scientists and “Spacemen” are tasked by the White House with getting American boots on the moon (again) in a hurry and achieving total space dominance. From co-creators Carell and Greg Daniels (The Office), SPACE FORCE is a new kind of workplace comedy, where the stakes are sky high and the ambitions even higher. John Malkovich, Diana Silvers, Tawny Newsome, Ben Schwartz also star, alongside co-stars Lisa Kudrow, Jimmy O. Yang, Noah Emmerich, Alex Sparrow and Don Lake. Howard Klein/3Arts (The Office) serves as executive producer, as well.

Previous post:
How “Schitt’s Creek” Captured Our Hearts and Held Onto Them To the End Next Post:
RED CARPET CLASSIC SHOWDOWN: Jennifer Lopez vs. Jennifer Lopez