Your favorite gang of rebels and space fascists got together for another round of Star Wars poledancing and they all really pulled out the stops on the fashion front. Unforch, they did so in the face of some seriously disappointing reviews, hence all the grimly set jaws on display. It’s an age-old tradition in Hollywood, and we’d think it was kind of funny if we didn’t feel bad for the people involved, but there’s something a bit ludicrous about parading around in high fashion to promote something in the face of widespread criticism of it. In a way, you really have to hand it to these troupers. On the other hand, the movie will surely make loads of money and all of them will have lovely careers going forward. They’ll be fine. Let’s judge their clothes. She’s broken away from the rigid white/black/red Star Warsian color schemes for this one. It makes for a nicely bold statement and the blue looks amazing on her. She’s still on a bit of a bustle kick and we can’t say we blame her for it. She’s got a knack for working them. It’s Westwood, so we expect it to be architectural and slightly off, but the front of the skirt has too many things going on and could use an edit. It’s a lovely suit. but the cut of the jacket goes a bit “lady” on him. He’d have been better off in a single-breasted cut. It’s a shame the tie’s kind of a mess too. That’s gorgeous – and beyond critique.

Kelly Marie Tran in Phuong My 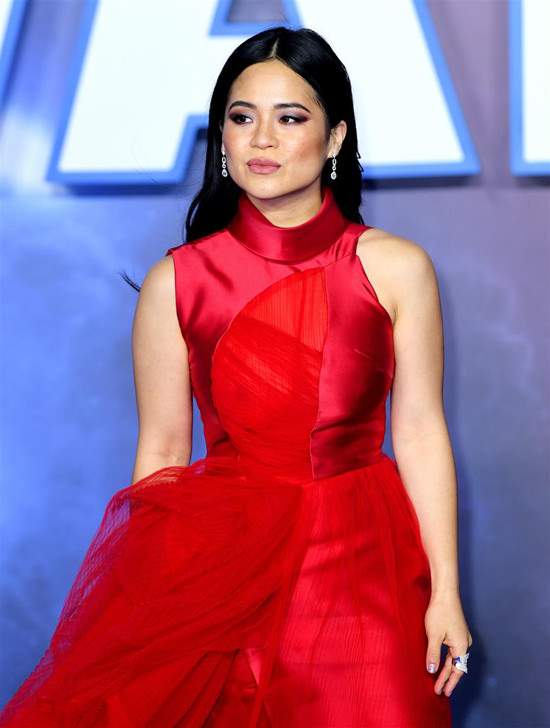 She looks great, but we don’t like the dress at all. Competing, slightly off reds make our eyelids twitch in frustration and the design here is kind of overwrought and inscrutable at the same time. 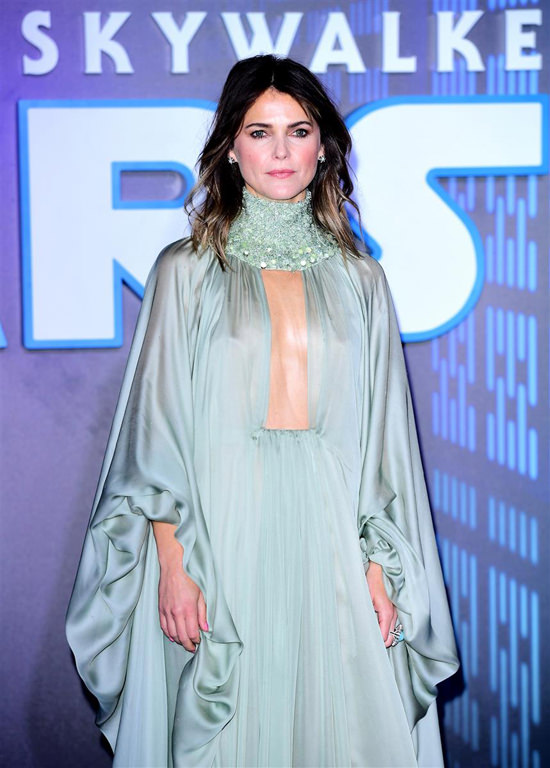 We hate this as fashion but we’d LOVE it as a costume design for a Star Wars film. We love that she got her minty Amidala on, but that keyhole is hideous. Another dress with a totally Star Wars feel. She looks spectacular – and that’s coming from two queens who hate side cutouts on gowns. They’re balanced out here by those enormous shoulders, which might not work in most instances, but looks strong and fabulous on her. We appreciate the use of color and texture. He doesn’t look like a banker, which is a good thing. And while he’s definitely got the looks to pull off the Sexy Professor thing, we’re not sure it’s formal enough for a premiere like this one.

Previous post:
“The Marvelous Mrs. Maisel” Star Rachel Brosnahan in Prabal Gurung at 92Y Speaker Series: IN or OUT? Next Post:
RED CARPET SHOWDOWN OF THE WEEK: Daisy Ridley vs Daisy Ridley