Home » Television » Emma Corrin as Princess Diana on the Set... 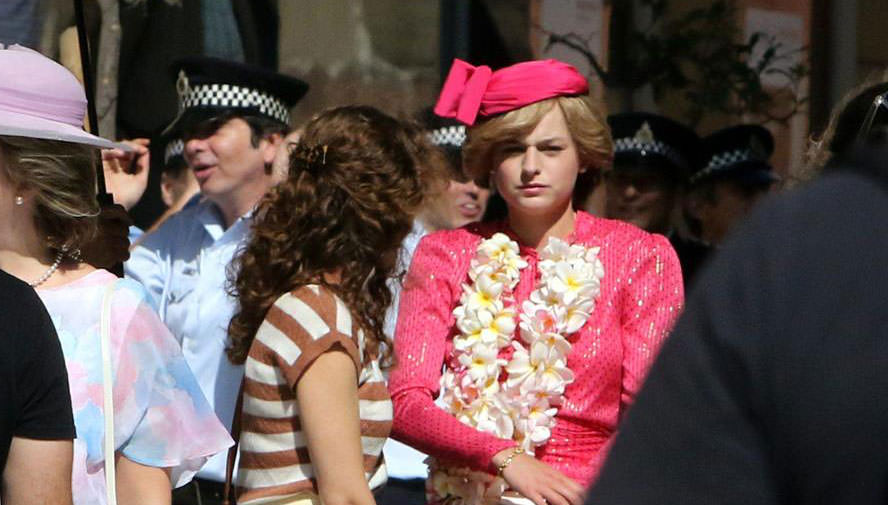 We’re getting our first glimpses of actress Emma Corrin as she embodies Lady Diana Spencer/Princess Diana for season four of The Crown, which is currently filming. We don’t really envy any actress who has to take on this role in the modern day and The Crown doesn’t exactly place the highest importance on getting an exact physical resemblance, but this is all working very nicely to create an effect that truly does feel like the young, sheepish princess in the earliest days of her marriage. These scenes are recreating the royal tour of Australia in 1983 and it’s interesting to note how the costume designer Michele Clapton subtly changed the polka dots of Diana’s original dress by designer Donald Campbell into raised, slightly iridescent geometrics. This strikes us as one of those costume design changes made in order to render the costume more telegenic. It’s possible the polka dots might not have read as well on high def video or it’s possible the costume designer simply liked this design better. Either way, it still works. She’s not an exact replica of the OG but it’s very clear who she’s evoking.