A salute, darlings! To those brave and bold men who said, “No, I will NOT be showing up to the Emmys in some boring black formalwear, thank you very much!” Or words to that effect! Our point is, these guys went for the full rainbow and they deserve some huzzahs for that! Also judgment. 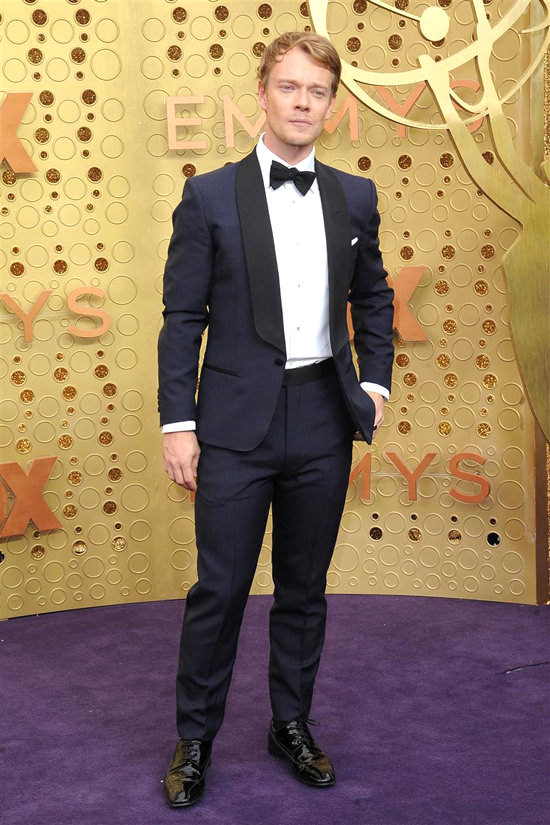 Okay, fair. A midnight blue tuxedo isn’t exactly the most shocking choice in the world in this year of 2019. But he cleans up well, even if the jacket appears to be too small for him. 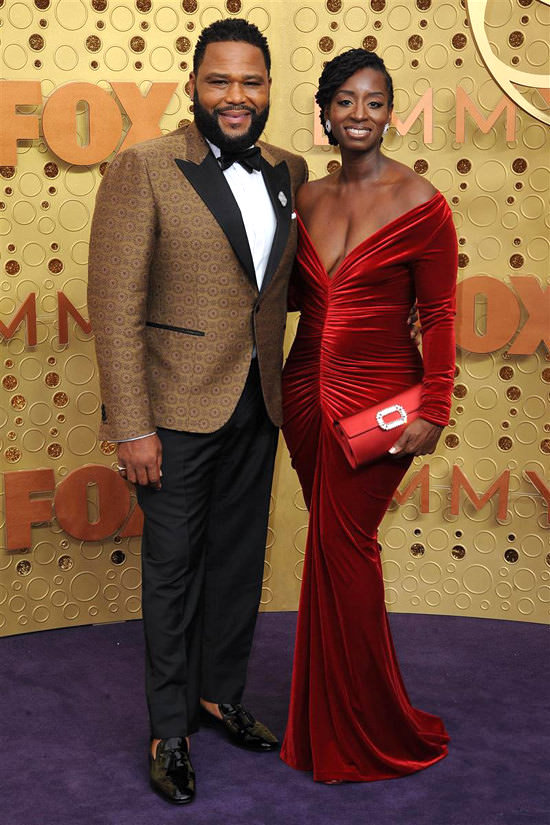 We don’t think the cut of the jacket is working all that well for him, but we love the patterned gold textile, which really takes it somewhere. Her dress is stunning. We know we already featured the whole cast, but Dan’s brown double-breasted tux really does deserve a shoutout, just because he’s making it work so amazingly well. 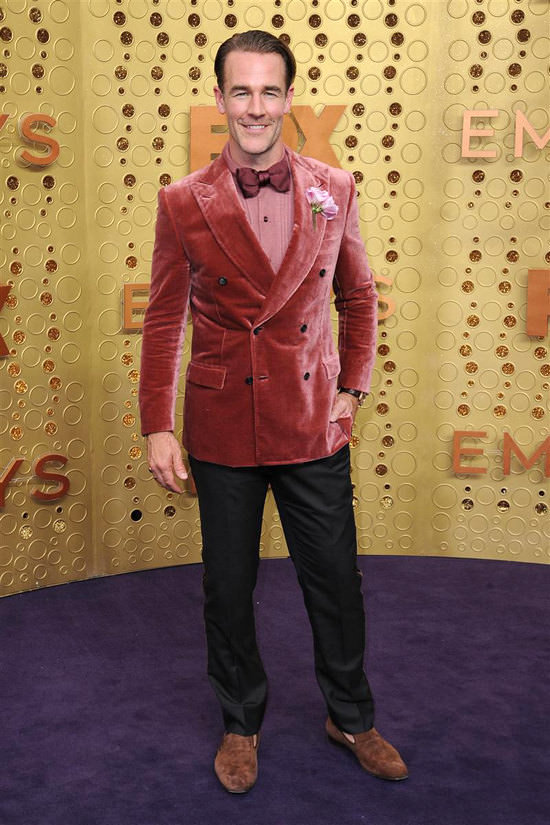 This drew a lot of social media fire last night but we cannot applaud it enough. A PINK VELVET double-breasted tuxedo jacket with matching shirt and tie is a style move of such boldness that it should be lauded. Bravo, sir. We don’t think Jared’s dove gray tux is photographing as well as it should, because it looked amazing on him on television. The color is borderline tacky and it kind of makes him look like he’s touring in Jersey Boys, but he’s got the looks to make it work for him. It’s fun and he looks hot. We tend to be very mean about him and we were no different last night when he was giving red carpet interviews, but we stopped in the middle of our bitchery to note that he looked especially dreamy in this. Personal best. 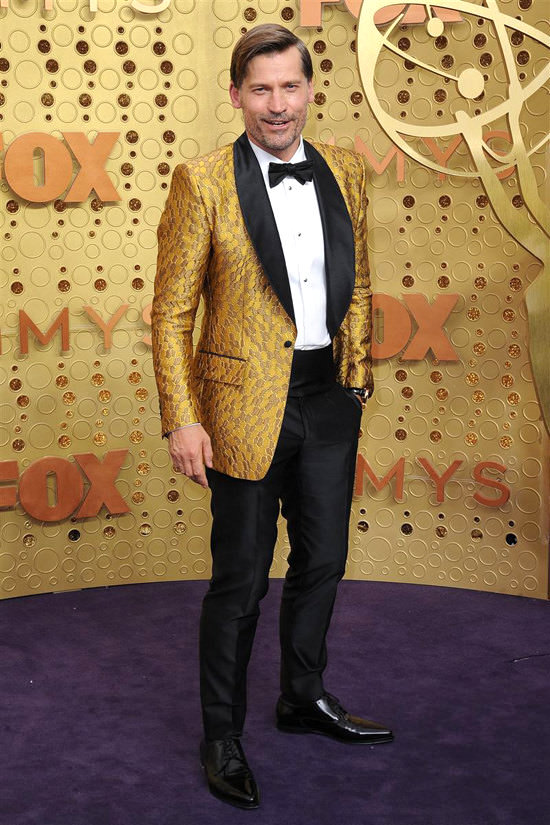 Guys, why are you picking these amazing tuxes and then refusing to button them for pictures? Come on. Your sisters are in shapewear and heels. Do a little work. LOVE this for him, but we wish he’d made that little bit of effort. It’s no surprise that Ru would show up in something a little form-busting, but this may be one of his best yet. LOVE the print. Gorgeous shade of red on him.