Home » Fashion » Nathalie Emmanuel in Miu Miu at “The Dark... We’ve been at this gig for a long time and every once in a while, someone comes along with such a strong game that you’ve just got to sit back and respect it. Right now, post-Game of Thrones and pre-the rest of her career, Miss Nathalie has the triple-headed task of making you remember who she is while making you realize she’s more than her most famous role and also trying to get you to forget how poorly served she was by that shitty final run of episodes. That’s the brief. The response? Hit that carpet hard, girl. 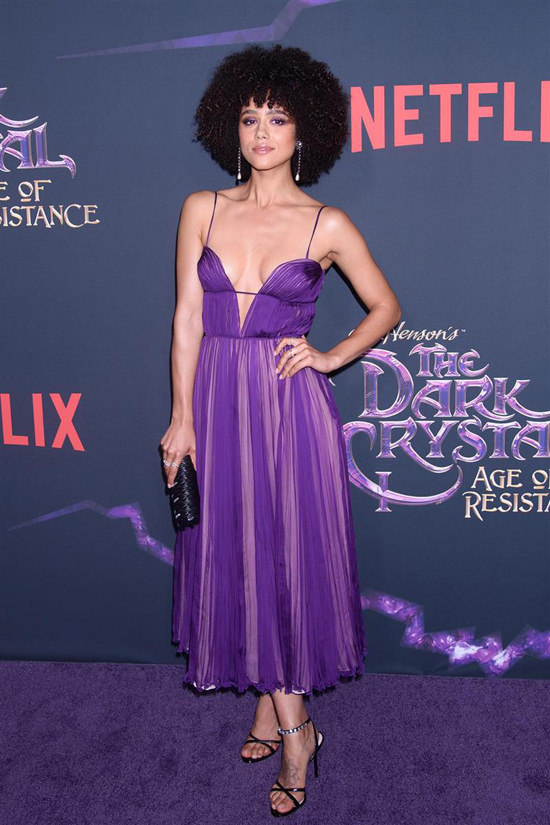 She’s dressed to match the logo, serving up a sexy, flowy romantic femininity with a killer do to top it off. She looks amazing and as on-point as she possibly can be. We really don’t love the trend for low busts and low necklines but there’s no denying that it’s a really strong look that plays to her strengths and takes a great picture. She stood out from the crowd and that was entirely the point. Well done. She looks spectacular and she looks like she knows it.