Taylor Swift in Michael Kors at the 2014 American Music Awards

Okay, maybe we shouldn’t inflate our importance, but we like to think that if T Lo’s reaction to your dress is “Ew,” then it might be time for you to be a little concerned. 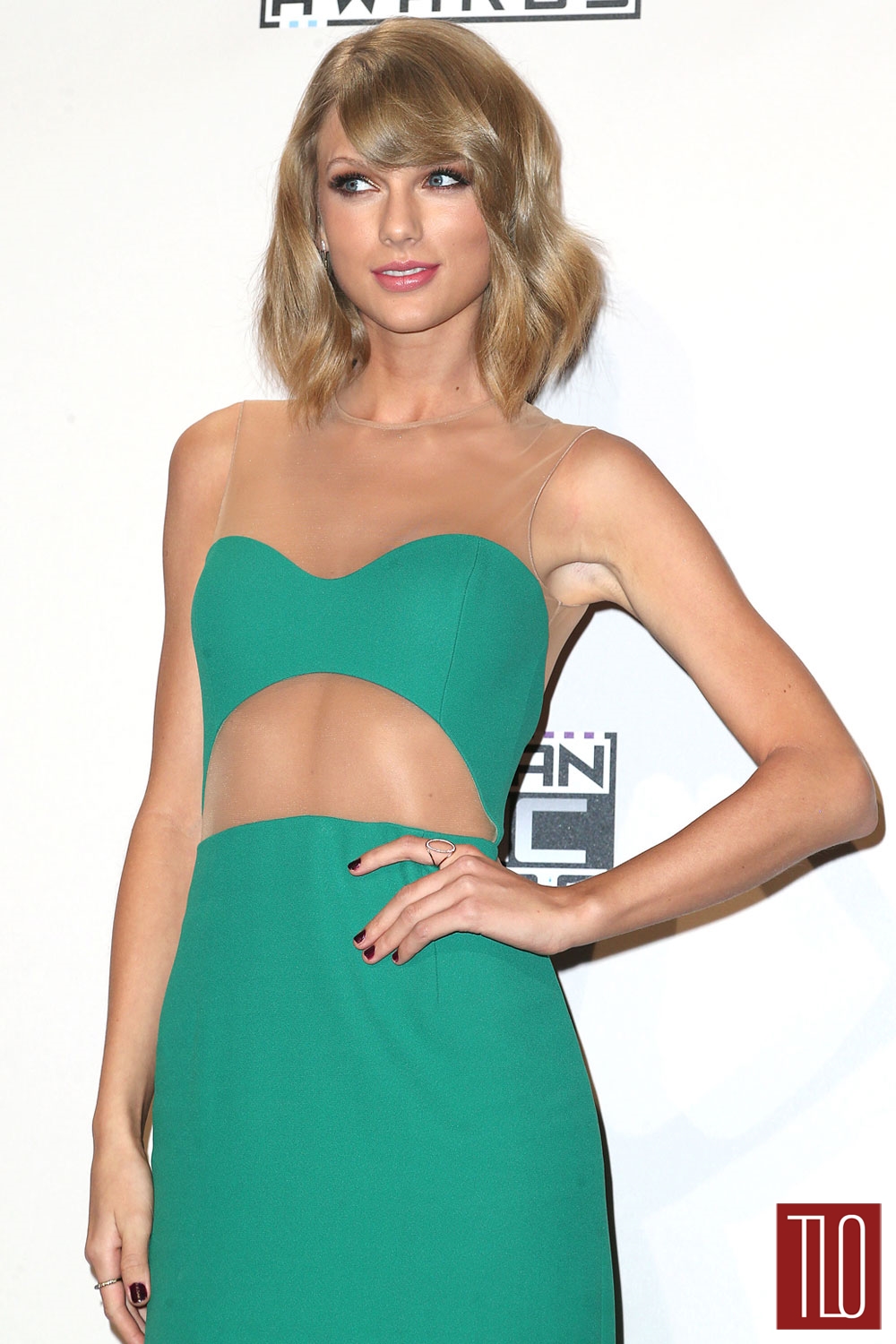 Illusion netting and stomach-baring are the black lace and granny panties of this fall season, aren’t they?  We’ve been able to accept either of them when they’re done well, but when you put illusion netting over a stomach cutout, we reserve the right to recoil in horror. That’s just weird. Like her abs are wearing pantyhose.

It doesn’t help that the color does nothing for her and the design of the dress is pretty unflattering. We’re surprised to see her wearing something like this. We suppose she was shooting for a sort of grown-up, minimalist elegance, but we don’t think Michael Kors is the designer you turn to for that look. That’s more of a Calvin Klein kind of thing.

Of course some jewelry and hair that doesn’t look like it was dry-brushed on the limo ride over would have helped too.