Home » Television » “Arrow” and “The Flash” Crossing Over

“Arrow” and “The Flash” Crossing Over

CUTE BOY + HOT BOY TEAMUP! Set your calendars, darlings. And enjoy the following leather-clad men, while you do so. 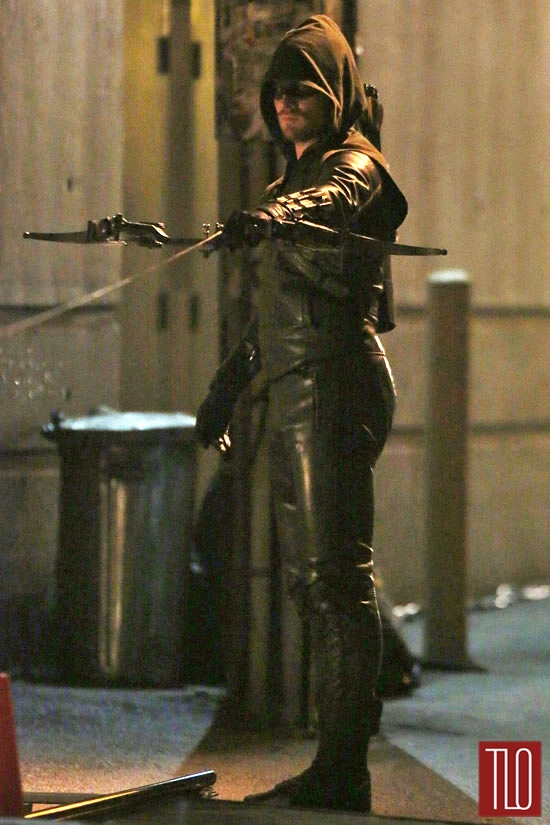 Flash is getting some really good buzz, so we’re looking forward to seeing it, but that costume makes us cringe. We have no idea why they’re saddling him with something so unflattering. We realize Grant Gustin’s not as muscular as Stephen Amell is but that’s no reason to put him in a costume that looks like it’s two sizes too big for him. Visually, the Flash is all about sleekness and speed and clean lines. How on earth did they wind up designing a costume like this for a character like that?  WHY DOES HE HAVE A GIGANTIC BELT BUCKLE, COSTUME PEOPLE? That makes ZERO sense and it looks absolutely horrible on him. The rest of the suit seems to be modeled on a track suit, which we suppose makes some sense, but who wears a big belt with a track suit? And we feel the need to point out that track suits are for warming up or staying warm between track events, for the most part. When you look at Olympic track events, everyone’s usually wearing something skin-tight that allows for a greater range of movement. Imagine THAT.

He should sue someone for what that costume’s doing to his ass. We would.