Darlings, welcome to our inaugural Friday Leftovers post. We figured we’d do this sort of thing from now on because, at the end of every week, we have a pile of looks that didn’t quite rate their own posts, but seemed to deserve more than to relegated to the opinionless world of our whiteboard posts.

So here we go, quick n’ dirty-style. Hit it, leftovers: Hair looks kinda bad but everything else is working like gangbusters love the color. And the fit is doing pretty great things for her. The floral shoes are a perfect grace note to the look. It’s the same ol’ silhouette, but we suppose we can’t blame a girl for sticking with a look. She probably wouldn’t look as good in boxy or flowy styles. We’re happy to see her in a print. And her shoes are nicely on point. 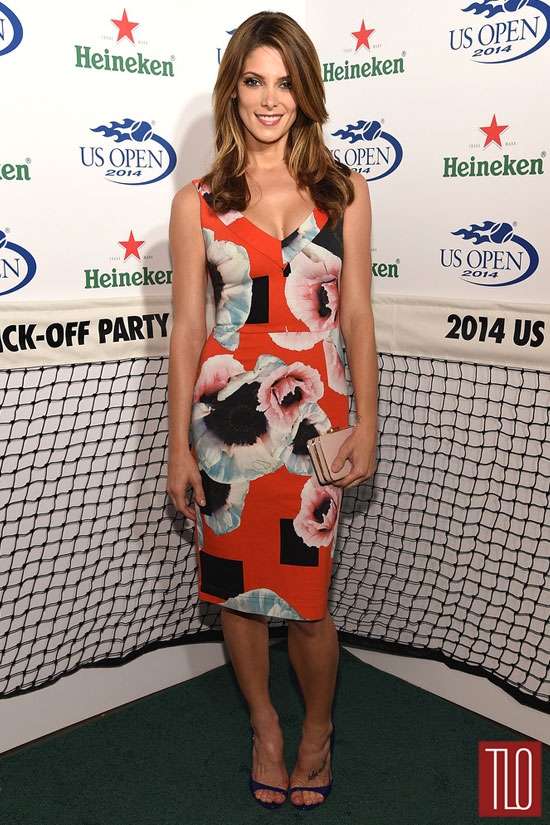 It’s a “my sister’s wedding” kind of dress, but that’s not necessarily a bad thing. It’s elegant and pretty without being over the top. The pink clutch bugs and the shoes look painful as hell. 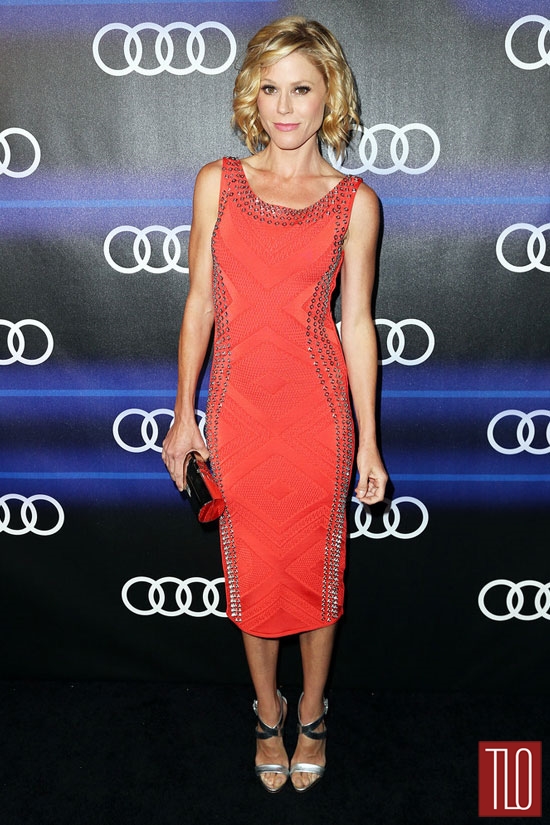 Great color; love the beading. The shoes are an abomination and reek of Satan. A look that says “I’m having a manic episode and wearing shirts under my dresses.” Go home and start over, Marisa. Rita Ora at the launch of the new DKNY MYNY fragrance at Madison Square Park in New York City in a DKNY ensemble.

Leather robot girl. We love the skirt (and the sneakers paired with it), but the top looks too wrinkly to be called good. Those are some kickass jeans, though. They fit her perfectly through the waist and hips, hitting exactly where it should. Really, she only needs to upgrade that sad top to bring this one up to code. T Lo code. Tara Reid attends the Premiere of The Asylum & Fathom Events’ “Sharknado 2: The Second One” in Los Angeles.