Darlings, this has to be done. You can do it. Take a swig of your coffee and just rip the Band-aid off. Ready? Lupita Nyong’o attends the 2014 Met Gala at the Metropolitan Museum of Art in New York City in Prada. 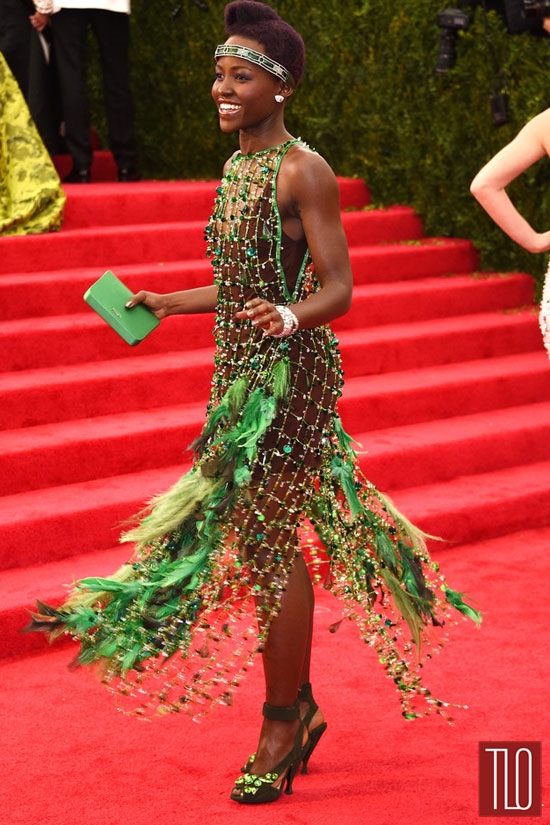 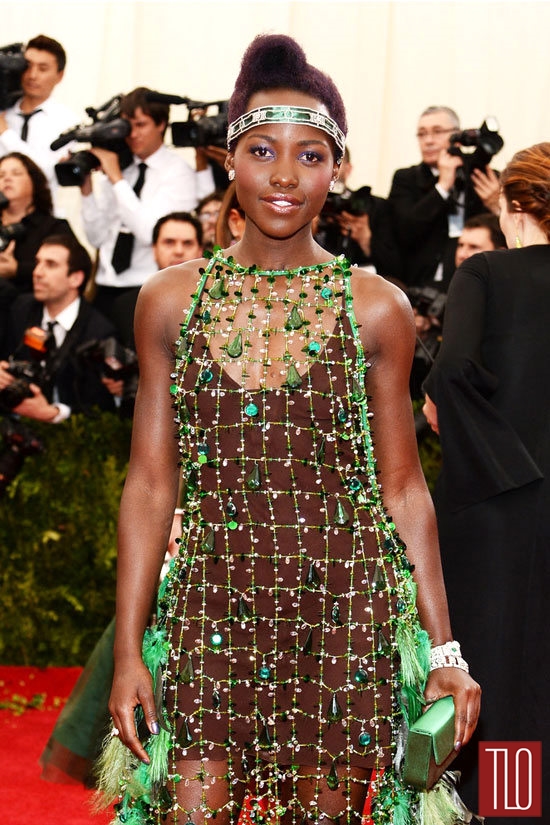 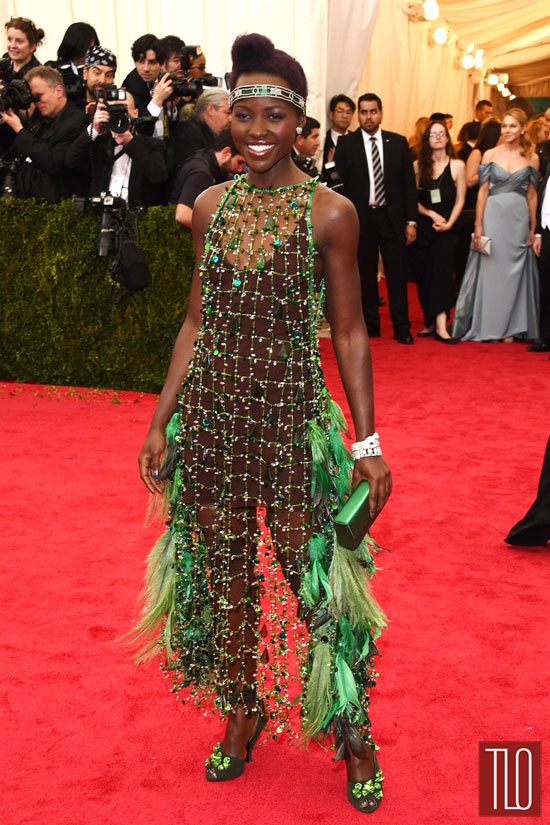 We’re typing “sigh.” This is what it’s come to.

Look, we knew this day would come eventually. No one can be fabulous indefinitely. Eventually a little rain is gonna fall on their little patch of the red carpet. And it’s not like she hasn’t had a clunker or two on her red carpet resume already. Still, we don’t think anything could have prepared us for this … this… what? What IS this? Flapper Peter Pan? Caught in a fishnet? Pocahontas at the craft store?

Worse, it’s all so …  rough  and home-made-looking. If people sat at home and made nets out of crystals and feathers for no good reason, that is. “Home made” in the sense that the people who live in said home are crazy and have a lot of time on their hands.

It’s just… so… epically … UGLY. Why, Lupita? Could you just not see it? Were you blinded by its … something? We don’t get it. dear. Who did this to you?