Sweetie, we know your hair’s at an awkward stage in its regrowth and your options are limited, but we think it’s safe to say that this is not the way to go right now: 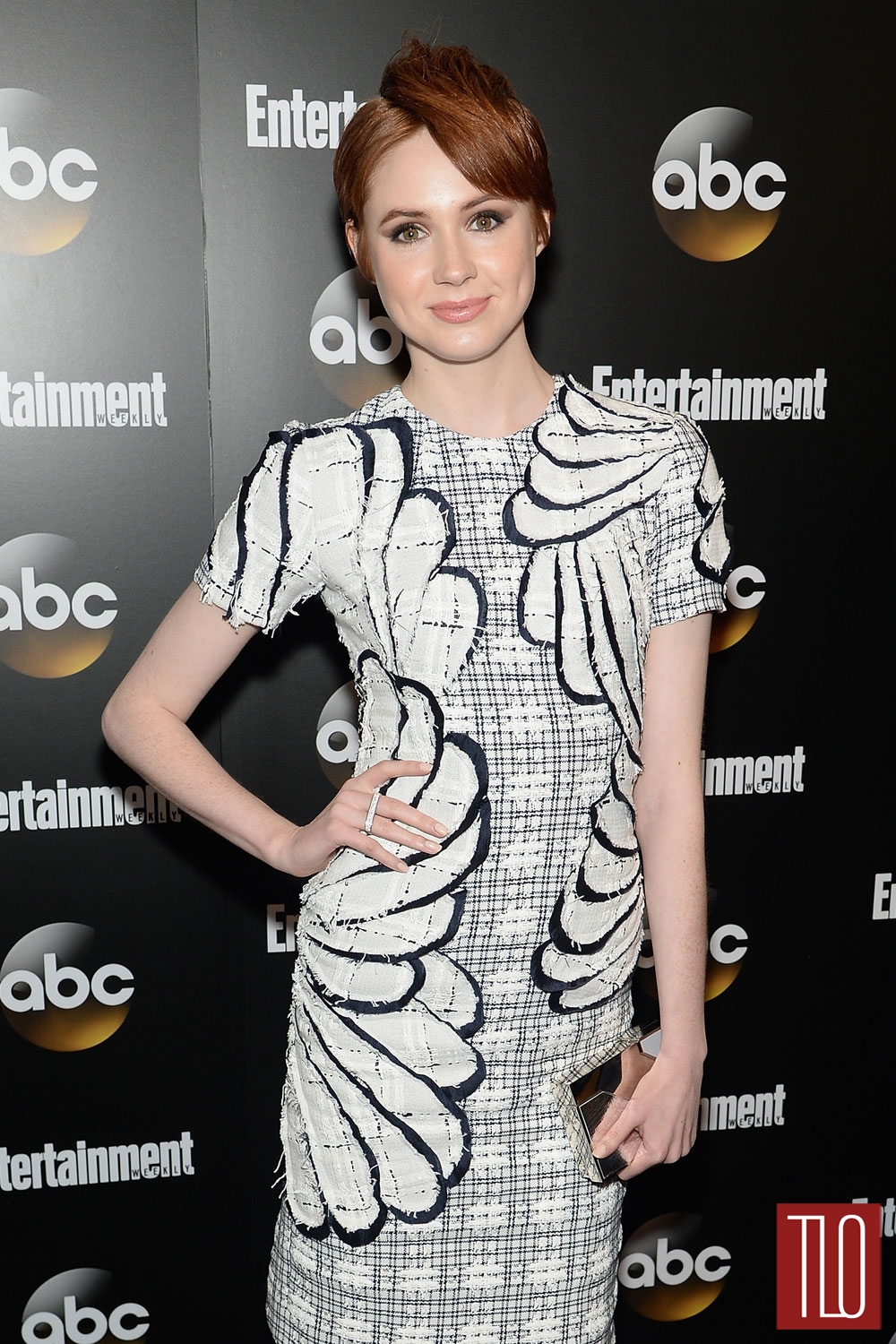 Karen Gillan attends the Entertainment Weekly and ABC Upfront VIP Party held at Toro in New York City in a Thom Browne dress paired with a Lee Savage clutch, Christian Louboutin shoes, and rings by Vita Fede and AS29. Spike it, slick it back or part it boy-style and slap on a huge pair of earrings. These are your options right now; not this weird “Hermie the Dentist” hair.

This is why you have to take Thom Browne runway shows with a massive grain of salt. The end product is always going to be more real-world appropriate than whatever vision he has walking that runway. Love the dress on her. Not so much on the shoes.

We were surprised to hear she signed on for an American TV show after leaping from Doctor Who onto the big screen, but in the end, we think it may be the smarter move for her. Her kind of quirky is going to play very well on American TV, we think. Some actors have an intensity on the small screen that doesn’t always play on the big screen. We suspect she’s like that.