Home » Fashion » IN or OUT: Cate Blanchett in Delpozo at...

IN or OUT: Cate Blanchett in Delpozo at the “How To Train Your Dragon 2” Photo Call

We’re not in agreement on this one at all, darlings. You’re going to have to make the final call. Cate Blanchett attends photo call for “How To Train Your Dragon 2” photo call during the 67th Annual Cannes Film Festival in Cannes, France in a Delpozo ensemble paired with Roger Vivier shoes. 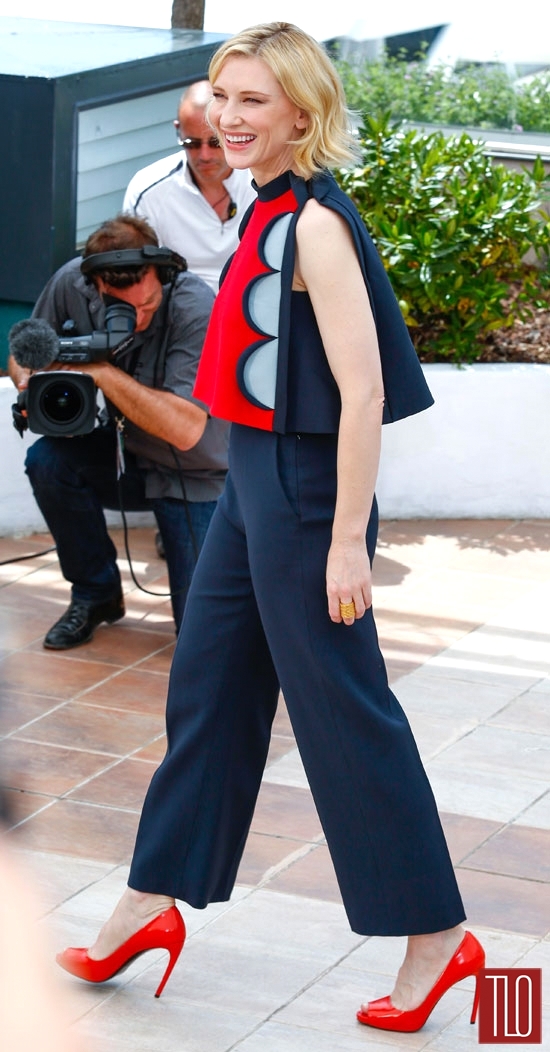 As you can see, we’re miles apart on this one.

IN! I’m with Lorenzo! That looks stunningly chic!

OUT! I’m with Tom! That looks goofy as hell!

Miss Frieda Pinto’s over-ruffled extravaganza was more controversial than we would have thought. The voting was tight on this one, but it just tipped over into OUT.

Previous post:
Aaron Paul at Chiltern Firehouse in London Next Post:
Amanda Seyfried in Givenchy at the “A Million Ways To Die In The West” Premiere
blog comments powered by Disqus