No time for talk! Too many dresses to rip! Part 1 is here! Kudos to them for showing up dressed for the occasion. Of course he needed to have something dangling off him. Otherwise how would he make tinkling noises when he moves, thereby letting us know that he’s Johnny Depp? 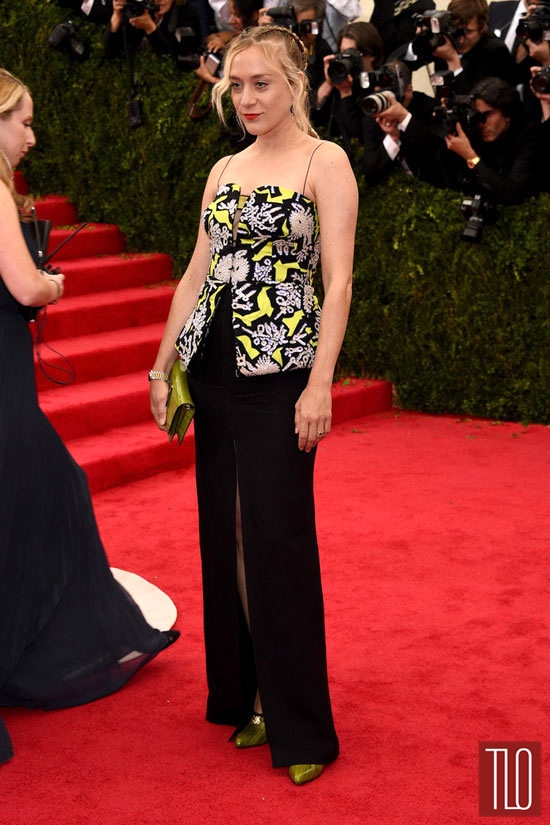 The dress is just okay, but the matchy accessories make us wince. Oh, Chloe. We expected better. Pretty. A little on the dull side. She walks down the street in Cannes wearing more interesting outfits than this. The dress makes her look wider, especially in the shoulders, and the shoes are distracting. Love the top half, but that skirt is so drab. We’re gonna go with “no” on this one. We’re not offended by belly skin, but we’d have liked this much better if that was a floor length skirt and the top looked a little less like a bra. Pretty. Nothing earth-shattering. Gets the job done. They look very coordinated and her look is a nice way to interpret the white tie theme, but those shoes she’s wearing are terrible. 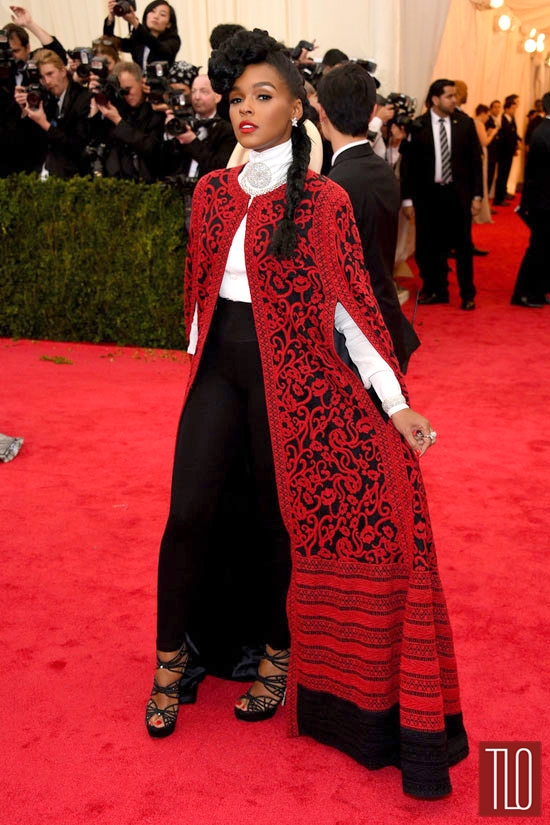 SHUTTING IT DOWN. All bitches are requested to STEP BACK.

This may be the most gorgeous thing we’ve ever seen with Tadashi Shoji’s name on it – and we’ve seen a lot of gorgeous Tadashi Shoji. Another one that gets the job done. Hate the hair. This would look a hell of a lot better if she wasn’t swimming in it like it was a bathrobe. Also, those shoes are terrible. And her hair is way too casual. This doesn’t look Met Gala enough to us, but it’s probably one of the better Pradas of the night. She looks kind of sharp and interesting. We’d like it a whole hell of a lot more if it wasn’t a bikini top under a sheer halter, though. How about lining the halter and getting rid of the bikini top altogether, Miuccia? 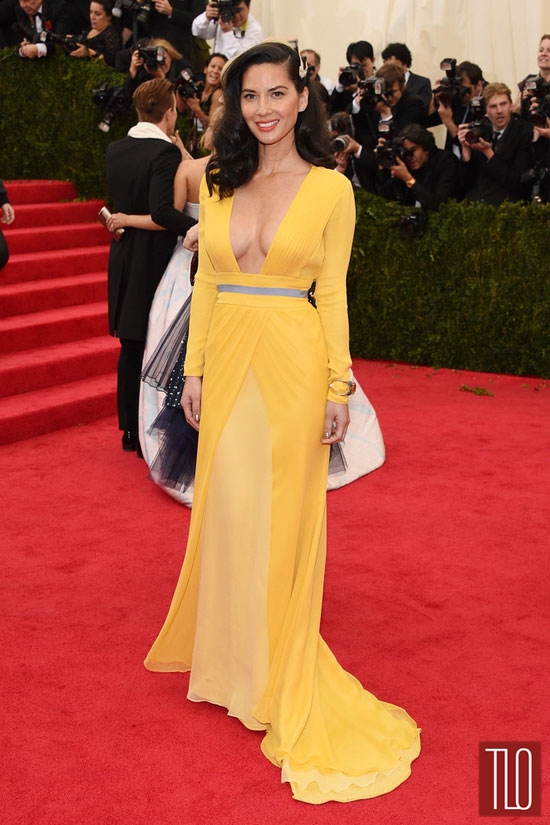 Who the hell wears Tory Burch to the Met Gala?  That dress is sad. You get to do that to your leg or your arm, honey. Not both at the same time. It’s an interesting dress and the color looks great on her, but we’re starting to think Miuccia Prada needs to be tested for ADHD. Forget Tory Burch, who the hell wears TOPSHOP to the Met Gala? Come on now, girl. This isn’t the Junior prom.