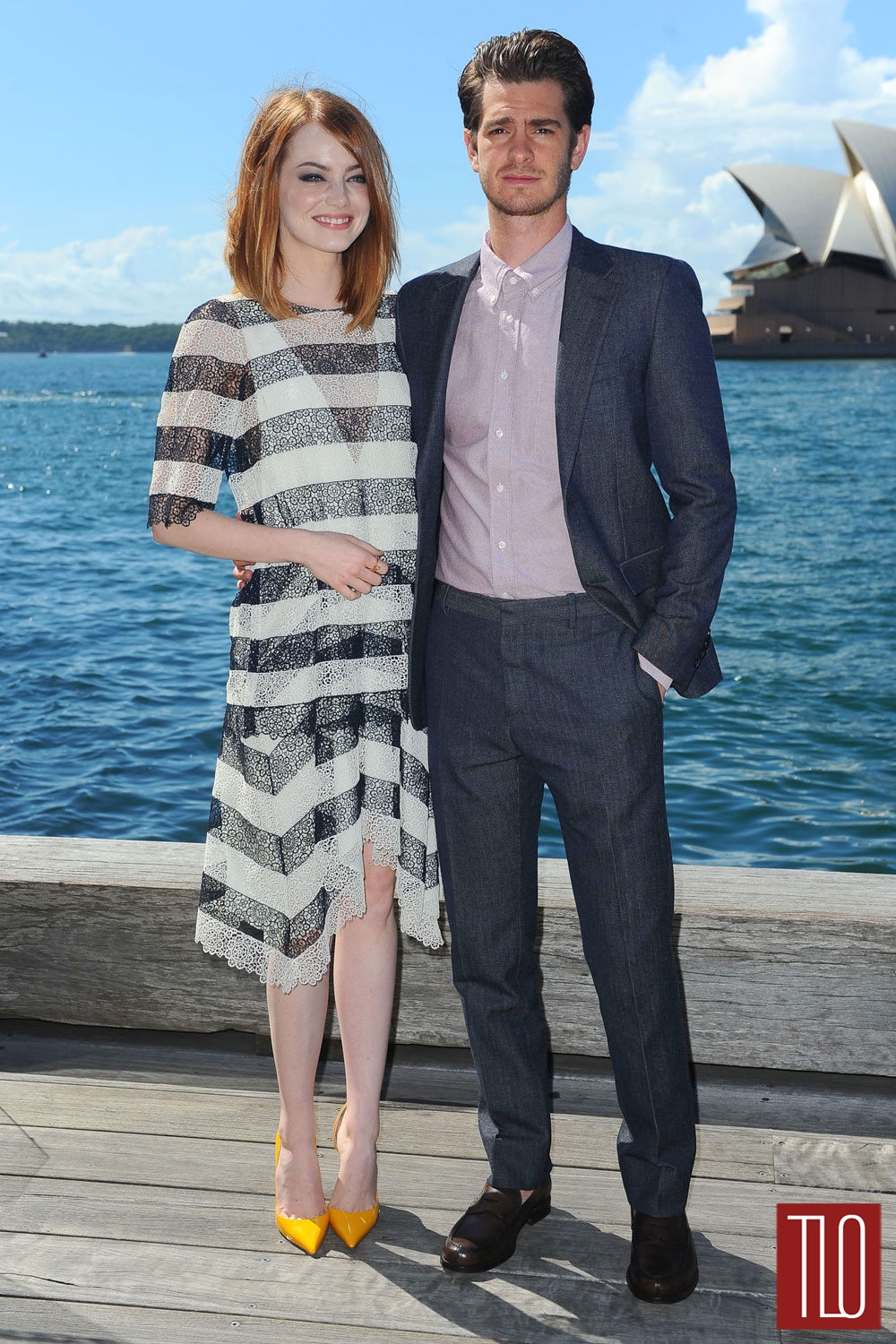 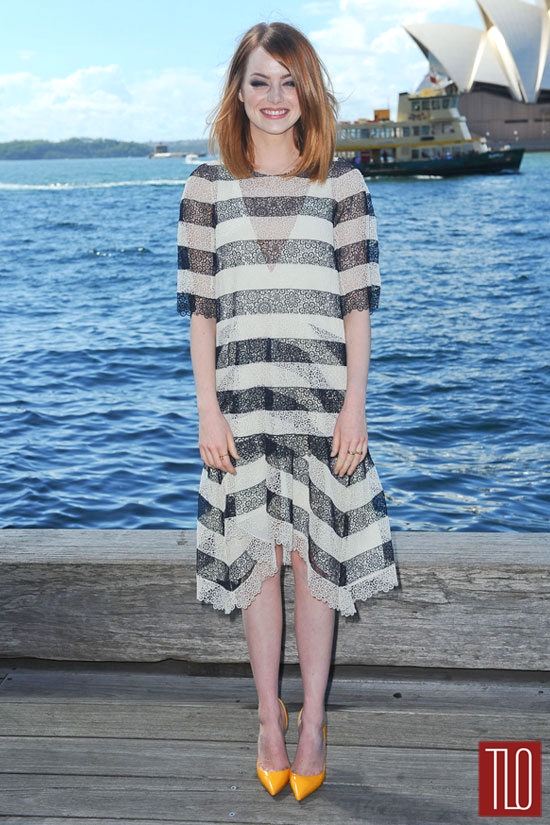 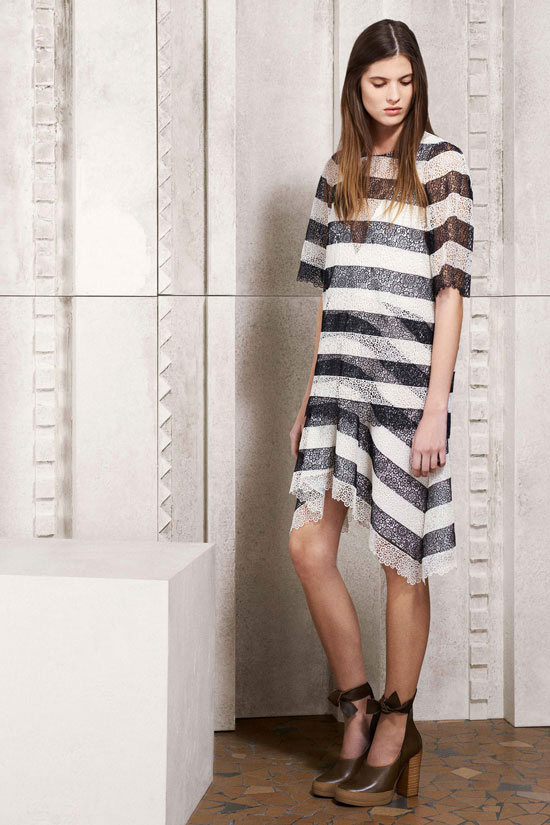 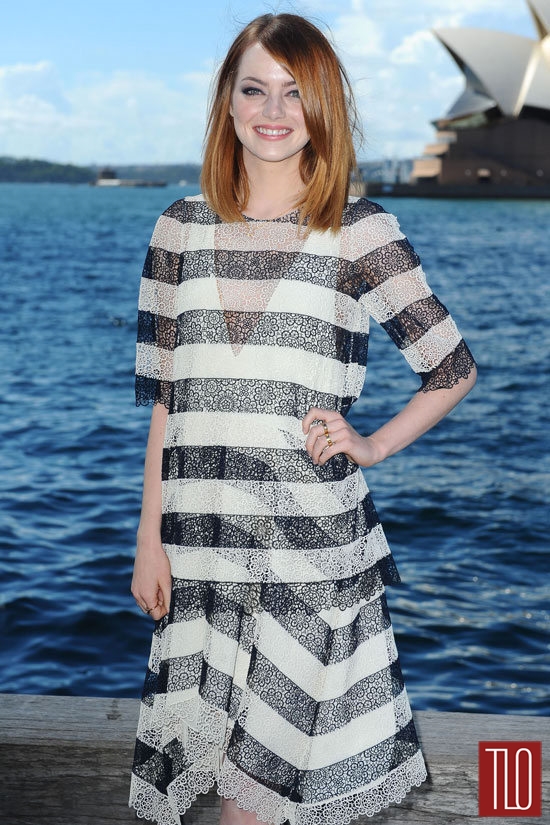 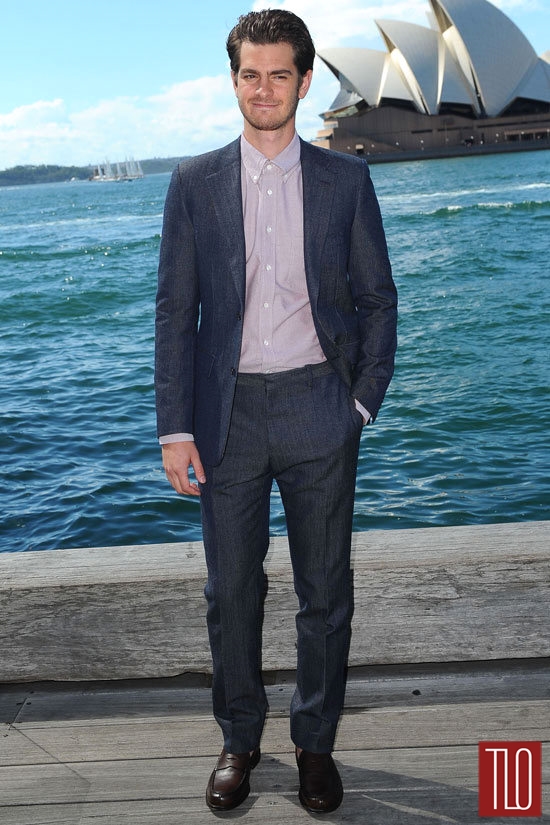 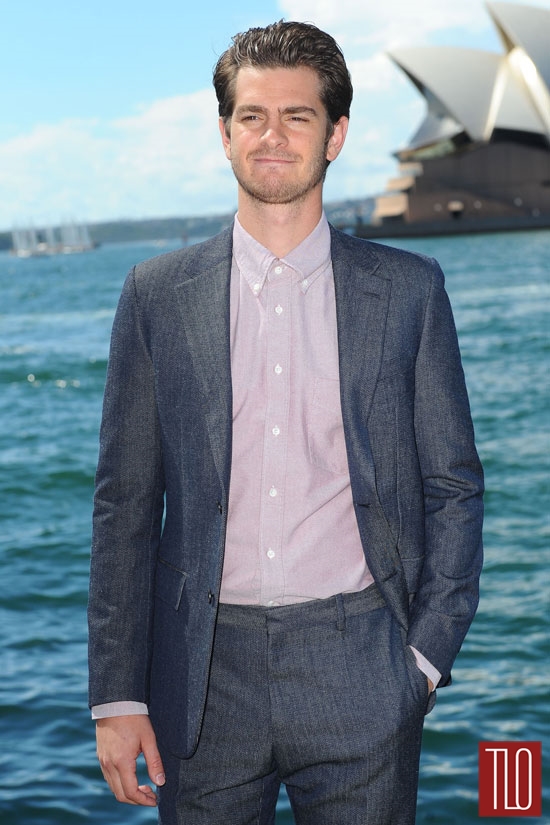 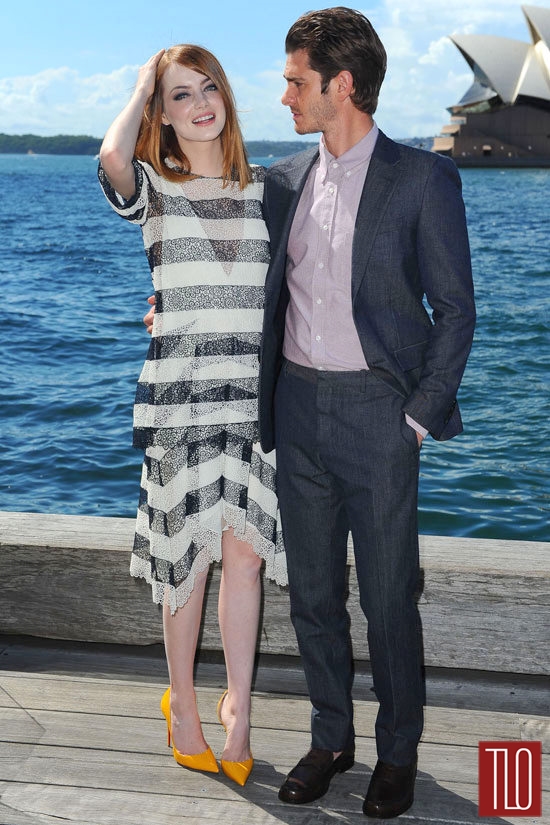 They’ve got a sequel coming out, so they’ll be ramping up the fauxmance for the cameras once again. Expect lots of cute, staged “walking down the street just like any other couple” pics in the coming weeks and months.

Style-wise, we think they both look kind of bad here. Her hair color looks muddy and her makeup looks smudged. The dress isn’t doing a thing for her figure except obscure it completely, and the shoes are pulling focus. He’s slightly better, but the lack of tie and belt, plus the lack of facial grooming makes him look like he’s trying the suit on in a dressing room. He looks unfinished and unpolished.

Harrumph. We’re not cranky, we swear.