Home » Fashion » Meryl Streep in Stella McCartney at the “August:...

Well, we can all agree she’s trying, yes? Say what you will about this: 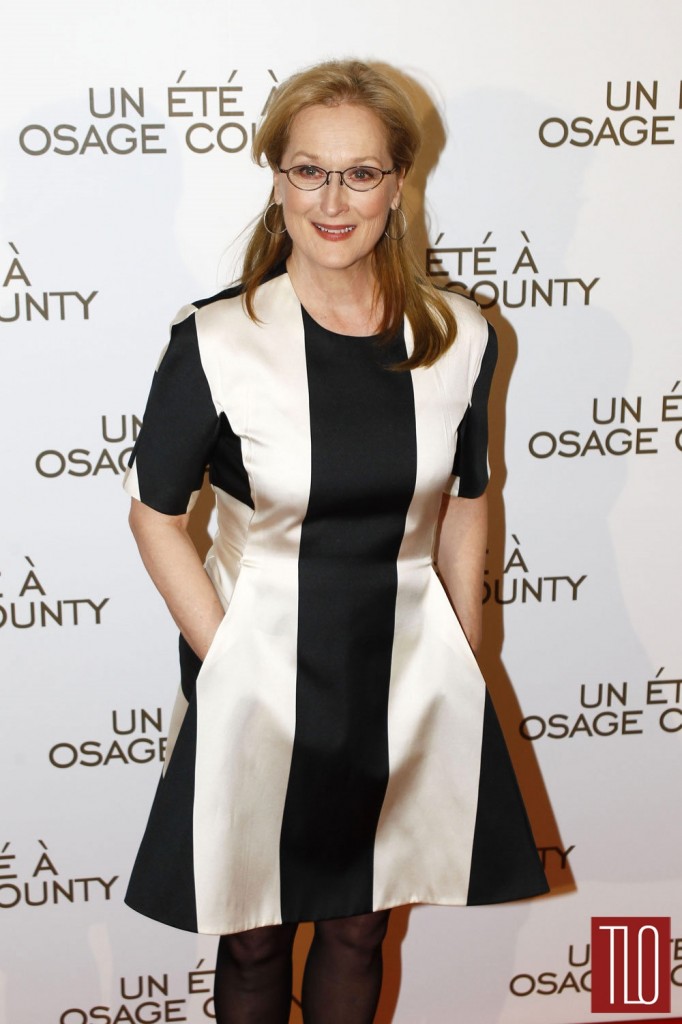 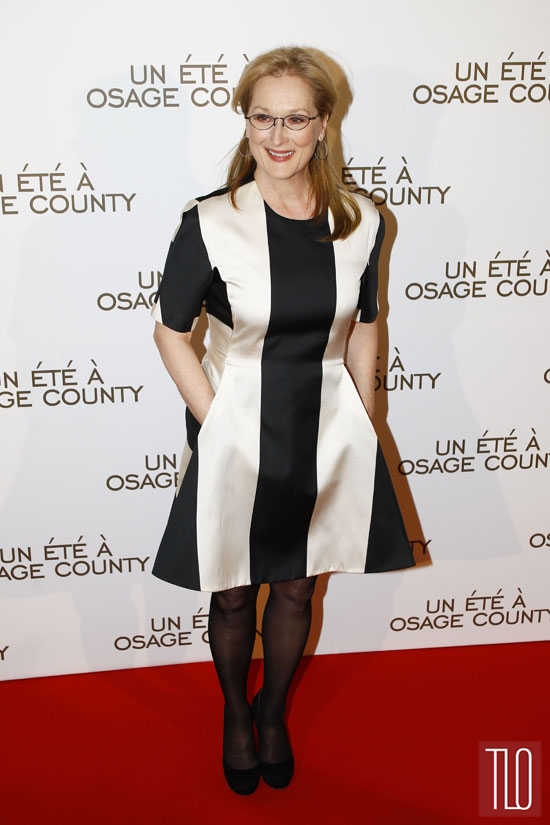 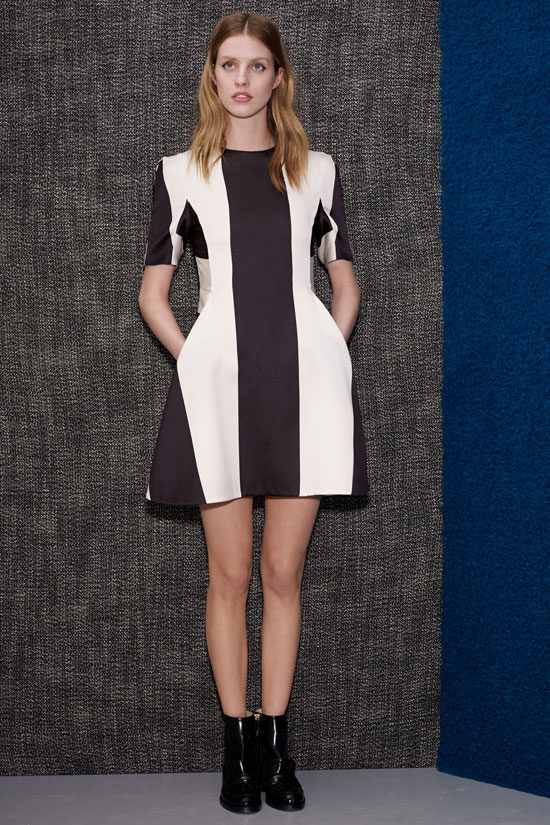 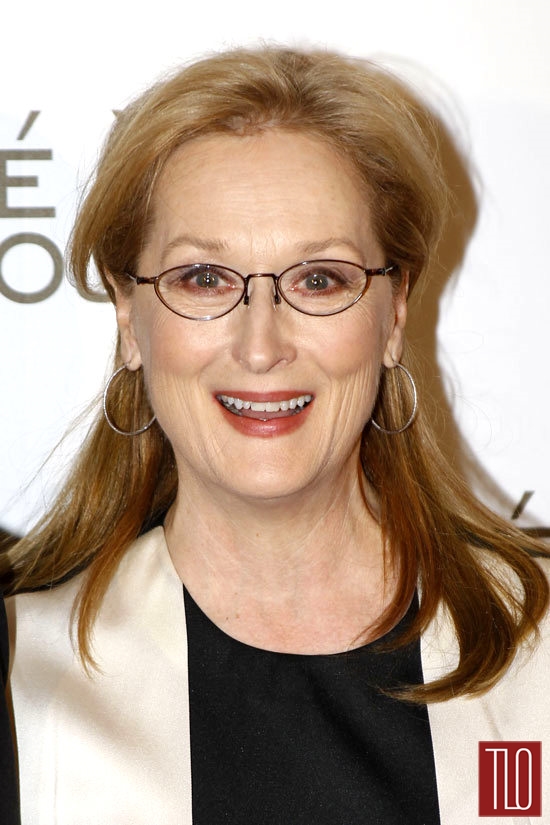 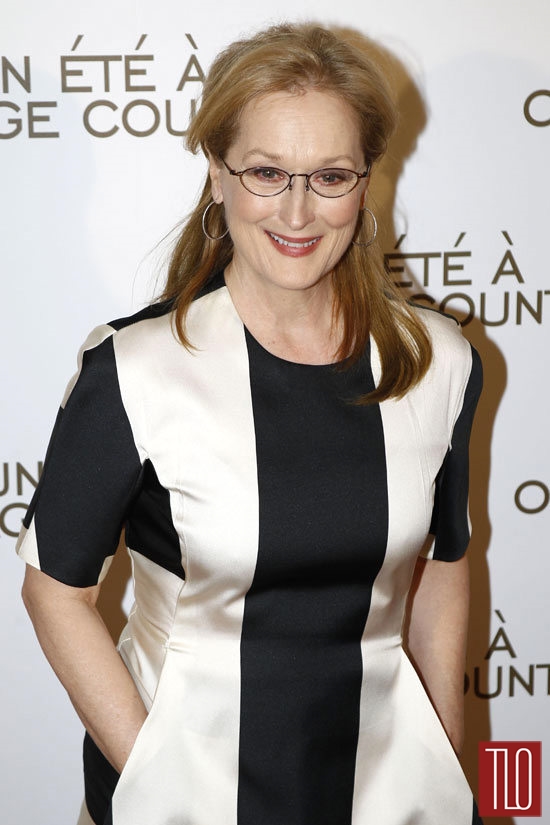 But it’s clear Mary Louise is not taking this awards season lying down.

We mostly like it, although the shape goes a little “old school candy striper” on her. Something about the combination of strong shoulder, elbow length sleeve and a perfectly triangular skirt. Of course this would be a candy striper in a Tim Burton movie or possibly Gotham City General Hospital, but still. That was our first thought. She should be handing out playing cards and chewing gum.

But our second – and every subsequent – thought is that this is applause-worthy, considering all the dowdy mother of the bride gowns she had to suffer through before she got to this point; a point where she seemingly said “You know what? I’m just gonna have some fun with this stuff. What the hell, right?” The tights look great with it and the almost invisible shoes were the right way to go this time. No pops of color needed here. We do wonder about jewelry, though. And the zombie eye makeup definitely needs a rethink. But the dress is a fun choice.

Can we just say, though? We’re way behind on our Oscar films, so don’t ask us who our choice would be in her stead, but we sincerely hope she does not win for this performance, as we’d consider it one of her very worst of all time. No lie. She didn’t just chew the scenery, she swallowed it whole, leaving nothing for anyone else in the scene. She sucked up all the air in the room every time. It was a very un-Meryl-like performance. We adore Meryl and we mostly can’t stand Julia Roberts, but we honestly think the latter gave the performance of her career (no lie) just because she was able to hold her own against the onslaught of bellowing and acting tics Meryl was throwing at her. She managed to position herself at the center of the movie and retain that position all the way to the (bitter, stupid) end.

Yeah. We really didn’t like this movie. Don’t hate us, Internet.